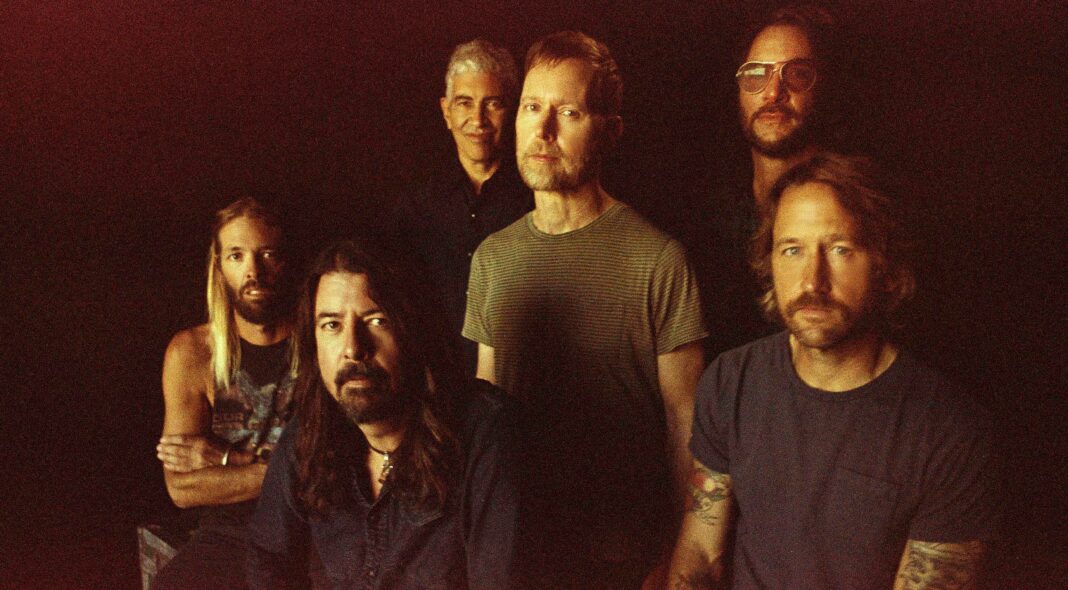 ‘Medicine At Midnight’ is Foo Fighters’ tenth studio album and let’s be honest here, this far into their career nobody would have blamed them if they had stuck to their winning formula and phoned it in for a record. Instead, they’ve taken everything they’ve done so far and cranked up the optimism. The result is groovier Foos sound – and a surprisingly refreshing take after a quarter of a century as a band.

The record begins with ‘Making A Fire’, blending 90s alt-rock guitar and upbeat choral backing vocals. Dave Grohl appears to be in a confessional mood, admitting “I’ve waited a lifetime to live”. There’s an unexpected happy-clappy gospel breakdown complete with a “na-na-na” refrain which just adds to the sheer positivity. The backing vocals in the chorus are provided by Grohl’s prodigious daughter, Violet, who has performed with the band live on several previous occasions.

‘Shame Shame’ stands out purely for being the darkest song on the album. It was the lead single, and having heard all of the other tracks now seems a strange choice, as it doesn’t set the tone for what’s to come on the rest of the record. The chorus refrain may forevermore bring back flashbacks of Game Of Thrones’ “shame” Cersei scene, but it’s still a tune, that drum loop needling deep into your brain. The quirkiness continues on ‘Cloudspotter’ with a cowbell weaved throughout, alongside a more restrained vocal delivery in the verses. It has enough groove laced in to be an earworm of a track.

‘No Son Of Mine’ – reportedly an ode to Lemmy – is a song that just cries out to be played at festivals and arenas. It’s a full-on rock anthem, with more than a hint of ‘Ace Of Spades’ to it (albeit it not quite so frantic). It’s the sort of song that leaves a stupid smile on your face, and a desperate longing to go to a gig and sweat all over some likeminded fans.

The one throwback to early Foos is ‘Holding The Poison’. It sounds like something straight out of the ‘There Is Nothing Left To Lose’ era, and it’s glorious. Layered vocals build throughout, and it’s got a catchy chorus that again, you can picture being belted out en masse in a live setting.

‘Chasing Birds’ wouldn’t go amiss on a relaxation podcast, and The Flaming Lips would be proud of this track. “The road to hell is paved with good intentions” croons Grohl. It’s the closest thing to a ballad, but crucially it’s not schmaltzy and doesn’t sound sad or out of place.

Album closer ‘Love Dies Young’ kicks off with a galloping guitar line and frankly they all sound like they’re having the time of their lives on this one.

At only nine tracks and just over 36 minutes long, this is Foo Fighters’ shortest album to date. The band have managed to combine all of their strengths with a few entertaining new sounds, fully aware that straight-forward rock’n’rollicking fun is what we all badly need at the moment.

This record was made pre-pandemic and it shows, with positivity and optimism soaked into its very bones.