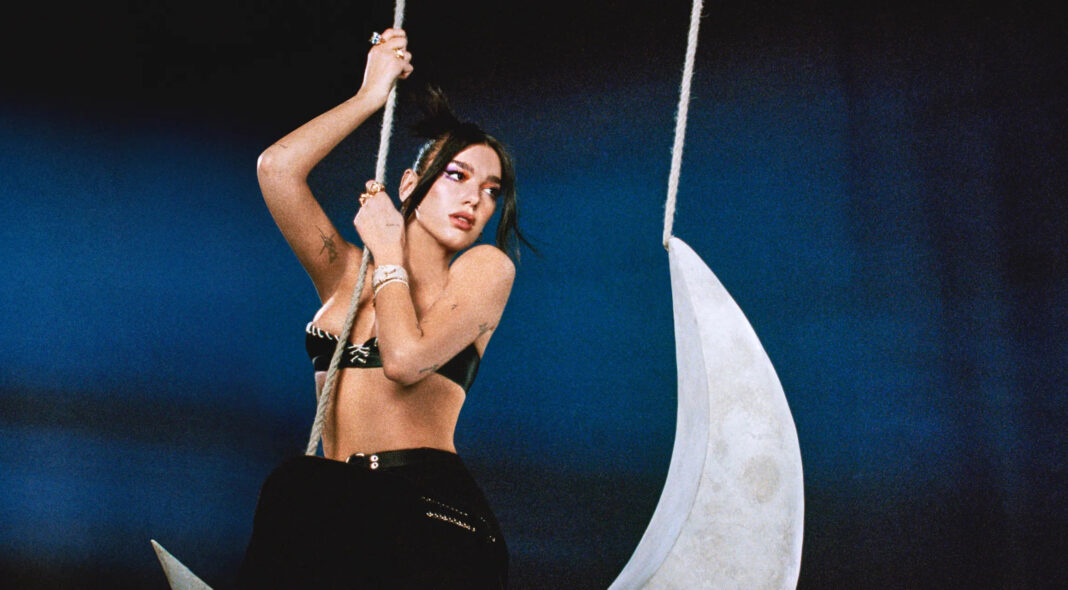 On her lead single from ‘Future Nostalgia – The Moonlight Edition’, Dua Lipa discards the dancefloor for a tropical beach, all scuttling crabs and shuffling beats. “I’m on an island,” she begins, in case it isn’t obvious. In the Titanic-inspired video, she’s decked out as an emerald green lounge singer rooting for the freedom of a restaurant lobster.

An outlier to ‘Future Nostalgia’s disco era, ‘We’re Good’ evokes Katy Perry’s ‘Harleys In Hawaii’ or Ariana Grande’s ‘Positions’, and the controversial cocaine reference fails to deflect from what is an extremely polite break-up song: “Let’s end it like we should and say we’re good”. The bumper reissue also includes three more new tracks as well as ‘Prisoner’, Dua’s double act with Miley Cyrus. ‘We’re Good’ doesn’t hold a candle to the original ‘Future Nostalgia’ track-list, which affirms Dua’s cutthroat editing instinct, but the mid-tempo sonic shift is enough to tide us over, a rinse of mouthwash before the next phase of the Dua Lipa domination.

Glockenspiels should happen more often in pop. Syd’s ‘Missing Out’ makes a strong case: a glockenspiel riff supplies the drawn-out R&B track with some heady gothic electronica, while her molten-gold vocals balance out uneasy, woozy synths.

Known as part of R&B outfit The Internet, Syd regularly adds her magic to the songs of others too: recent hook-ups include Zayn, Kehlani, Kelly Rowland, Disclosure, and Lil Uzi Vert. But ‘Missing Out’ is the first new solo material since her critically acclaimed 2017 debut album ‘Fin’, hinting at a potential follow-up. “I needed loving, babe / And you gave me a version”, she sings on the redemptive yet bittersweet anti-Valentines song. “And maybe in another life / You’d be mine.”

God only knows what the late, great Lou Reed would’ve made of his puppet self, not least dad-dancing with a pink flower between his teeth. But Liz Phair’s tribute track is about as un-Lou as you can get – and that’s why it works. Once you detach ‘Hey Lou’ from the sweet Toben Seymour music video – in which puppet Warhol looks more Warhol than Warhol himself – you’ll find a ‘Whip-Smart’-era Phair honouring Lou from the perspective of his great love, Laurie Anderson. Phair’s poised, fun delivery is a perfect celebration of one of rock and roll’s most romantic unions. ‘Soberish’, her first new album in a decade, is expected later this year.

Dutch art, “emo dead stuff”, hot dogs, Holbein, garlic, and a pixelated music video that feels either like you’re video-calling your dad or you rented a tatty VHS from Blockbusters – welcome to the eclectic world of Dry Cleaning. They’re not the first UK band to do spoken-word, but Florence Shaw’s aloof androgyny adds something different. On ‘Strong Feelings’, wacky, oblique lyrics yield moments of clarity. “My only ambition in life is to grip the roots of your hair” sums up overwhelming desire, while repeated bridge “It’s Europe” is even more blatant – the song is about “secretly being in love with someone who doesn’t know it, and Brexit’s disruptive role in romantic relationships”.

Cassandra Jenkins also dabbled in spoken word on her outstanding recent track ‘Hard Drive’, but ‘Crosshairs’ flaunts the full, fine lilt of her singing voice. “Empty space is my escape / It runs through me like a river / While time spits in my face” she sings, pure as the New York snow featured in the track’s music video. Jenkins stands in Riverside Park watching through binoculars as a drone camera takes in the lilac gold of a winter sunset. She wrote the song before the pandemic, but in these times a good sunset becomes a central event in our day, outdoor “empty space” an escape from four-walled reality.

Horns, woodwind, strings, guitar, and piano build to a crescendo as the camera curls around the Hudson River skyline and returns to Jenkins, lying in the snow, floored by fiery beauty. Her third album ‘An Overview on Phenomenal Nature’ lands next week.

Listen to these and more of the songs we have on repeat in our BRAND NEW playlist.