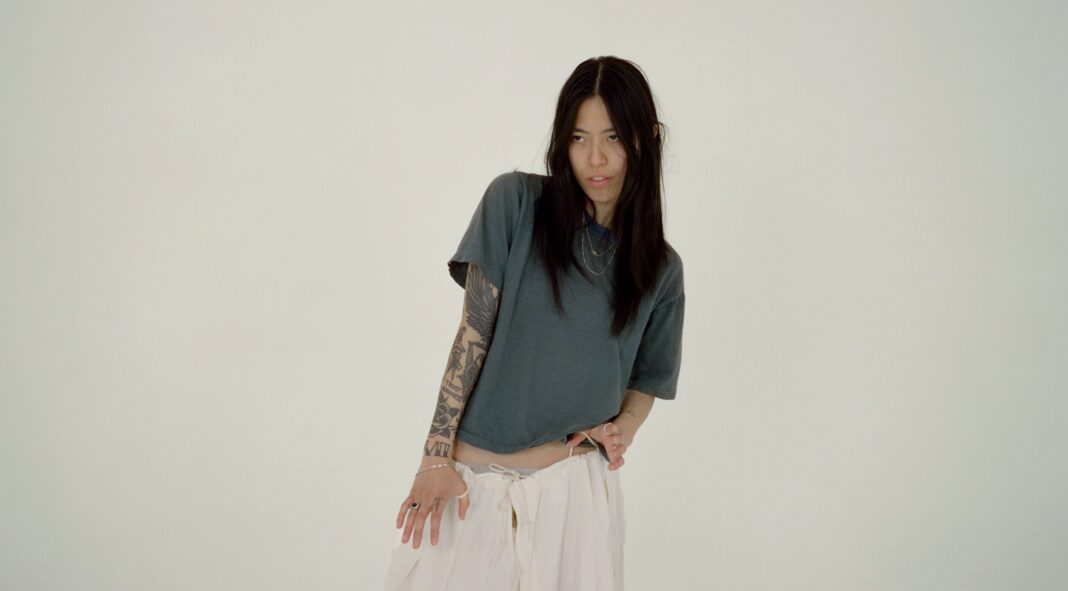 ‘Where Have All The Flowers Gone?’, the 1955 Pete Seeger song that shares its name with Deb Never’s new record, repeatedly wonders, “when will you ever learn?” Though Deb’s certainly not making folk protest music, her new album asks a similar question of herself and others. And a similar strain of melancholy runs through the tracks, too, as she navigates the confusions and contradictions of moving through a tricky world as a young person.

Deb Never grew up a queer, working-class Korean-American in an overwhelmingly white neighbourhood, grappling with debilitating social anxiety. Elements of that experience worm their way in to ‘Where Have All The Flowers Gone?’, which tackles doubt and dissociation alongside typical woes of love and longing – the fickle, rollercoaster nature of romance in your twenties. On ‘Sorry’, she moves from heady infatuation (“you’re a full-speed freight train crashing through my walls / I’m a passenger, I’m stuck on you”) to cool indifference (“big shit rockstar, but I think you’re boring”) within the same song.

The new eight-song record continues to burrow into the emo rap Deb’s explored since her 2019 debut EP ‘House On Wheels’. She keeps one foot in the indie bedroom pop world, the other in a slightly louder mainstream, as indicated by recent collaborations with Brockhampton, slowthai, Dylan Brady, and Lava La Rue. Her well-woven sound doesn’t so much build bridges between genres as prove there’s no real need for bridges anymore. This is low-key pop from all angles: smooth, detached vocals that find their lyrical match on the numb ‘Dissociate’ (“think I’m scared to death of growing older / don’t wanna fade away”), Jim E-Stack’s familiar lo-fi jangle on ‘Sweet & Spice’, the heavier trap sound of ‘Red Eye’.

Opener ‘Stupid’ stealthily builds from acoustic guitar and piano to a fully-fledged stomper. In fact, many of the songs intensify without you noticing, whether David Gray-esque coffee-shop beats creep in, as on ‘Someone Else’, or full-throttle grunge takes the wheel. This element of restraint and pacing is sometimes frustrating – you want songs like ‘Sorry’ to hit their full power the whole way through – but ultimately maintains a distinct, consistent mood.

And those moments of full-throttle grunge direct the record away from lobby playlist territory to more satisfying places, best heard on the standout ‘Coca Cola’, which recreates the deep, half-depressed fuzz of a dancefloor, and the feeling of willingly losing yourself in a person or a night.

Whether Deb Never is the real thing remains to be determined by a future full-length album. But her ability to capture the mood of feeling young and overwhelmed is bound to resonate with many, as she ends ‘Where Have All The Flowers Gone?’ with her own ‘Gone fishing’ note of enviable escape: “taking time for me, taking time for me / I’m flying out to Italy”.