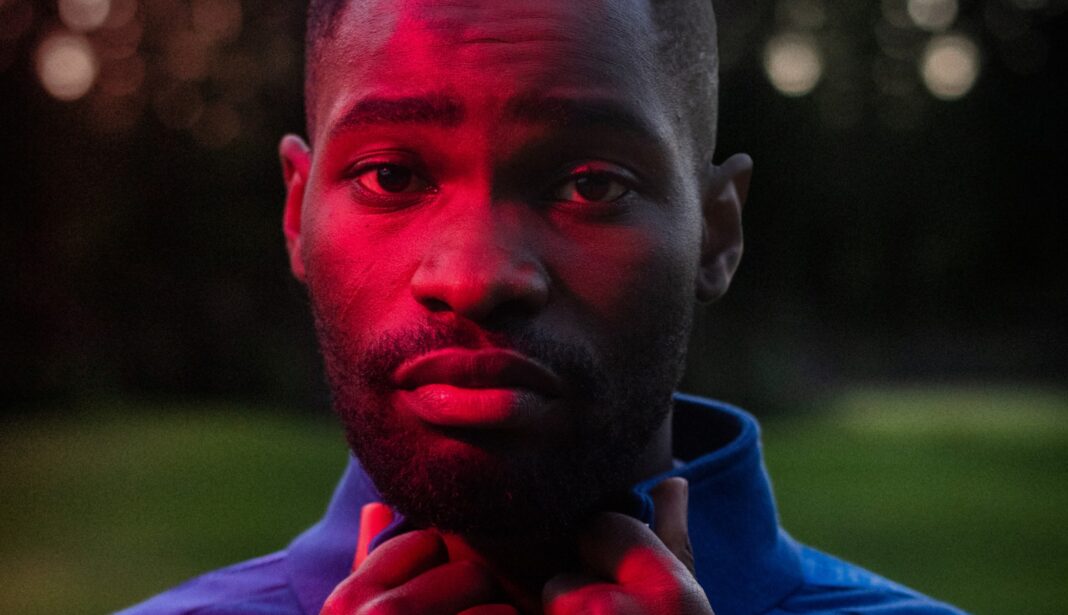 “We’re all in this together,” said another, very different Dave about ten years ago. David Cameron, pink-cheeked Tory prime-minister of coalition Britain, repeated his party’s slogan everywhere, while a young David Omoregie – aka UK rapper Dave – was still in school, witnessing the effects of Cameron’s leadership firsthand: Tory austerity that welcomed in a decade of right-wing dogma, Brexit xenophobia, and a growing gulf between poor and rich, black and white.

The title of Dave’s second album isn’t technically a modified Tory slogan – rather, it came from a FaceTime call with Hans Zimmer during the covid-19 lockdown. But the phrase captures all Dave has come to stand for, ever since his early days freestyling in 2015: his deft mix of political with personal, societal with individual.

To call Dave merely a rapper feels almost inadequate at this point. In 2019, at 20 years old, he released the measured and unflinching ‘Psychodrama’, his Mercury and Brit award-winning debut album. On tracks like ‘Black’, he introduced a newly-charged political focus to UK rap, but it was his emotional rendering of racial inequality – told through the concept of a therapy session, detailing his brothers’ prison convictions and culminating in the 11-minute ‘Lesley’, a harrowing account of an abusive relationship – that left a deep mark on both the genre and wider society.

‘Psychodrama’ earned Dave status as a cultural and political figure, but with that position comes pressure, especially as demand and competition grow. A lot is expected of him – and in turn, he expects a lot of his music. And so, on ‘We’re All Alone In This Together’ he widens his scope in every way.

Not for him the view from the therapist’s chair this time, though the album still contains plenty of intensely autobiographical moments. Instead, he roams beyond Streatham, and beyond the years of his youth, to explore “stuff that led up to the events of the first album: heritage, history, culture, my family, the countries that we come from, the regressive state of humanity in where we are now”.

And with the starting pips of a camera reel on first track ‘We’re All Alone’, we’re immediately in widescreen territory. Like an opening shot, the track sets up the album’s dominant style, piano keys that hold together disparate elements: co-producer James Blake’s ghostly electronic soundscapes, gospel, drill, Afrobeats. But the production remains relatively stripped-back, centering Dave’s clear, unadulterated rapping. Really, all the fireworks come from his wordplay.

‘We’re All Alone’ expresses his disquiet at the dissonance between stardom and reality. “What’s the point of bein’ rich when your family ain’t?” he puzzles. “It’s like flyin’ first class on a crashin’ plane.” He zooms out from small details – “Airbnb with the guys, it’s a white man’s face that I use to book” – to wider views of Black experience: “Crime’s on the rise, hate’s on the rise / Feel like everythin’ but my mum’s pay’s on the rise”.

He moves across continents and decades, too. On ‘Three Rivers’ he tells the stories of different groups of immigrants – Windrush, Eastern European, Middle Eastern – with news report samples adding weight to lines like, “They’re deportin’ our people and it makes me sick / ‘Cause they was broken by the country that they came to fix”. The realities he narrates are often traumatic, but a positive pride remains, as Daniel Kaluuya closes out the track with the assertion that “bein’ black is an asset / I am who I am because I’m black / And I love everything about it, you feel me?” The two jaunty Afrobeats tracks that follow – ‘System’ and ‘Lazarus’ – celebrate their Nigerian collaborators WizKid and Boj.

Dave champions the UK rap scene throughout the album, from lead single ‘Clash’ with Stormzy, to the uncredited appearance of Fredo, Giggs, Ghetts, and Meekz on ‘In The Fire’, and Jorja Smith on ‘Survivor’s Guilt’. Yet it’s his own skill at direct, literate social commentary that really lifts the album. His storytelling shines on the theatrical ‘Both Sides Of A Smile’, a long tale of heartbreak coloured with James Blake’s mournful tones.

But it’s with ‘Heart Attack’ that he truly becomes the bard of our times. The ten-minute epic moves from knife crime and the murders of young Black men to the experiences of Black women – “’Cause you don’t know how it feels when your mum’s gotta clean shit / And her boss treats her like she don’t even mean shit / And she gotta wait for the bus in the rain and it’s freezin’” – and the experience of his own mother in particular. Everything falls away to leave Dave’s voice: “I was in intensive care when I was born, mummy fell down the stairs / Whether I was gonna live or not was somethin’ uncertain / I used the word ‘fell’ with the commas inverted.”

The outro features a raw, startling clip of Dave’s mother recounting her own story in acute distress. More than anything else on the album, her choked words represent the ‘alone’ inserted into Cameron’s cynical phrase. It’s difficult listening, but vital – and a thousand times more powerful than any sneering, sloganeering politician.