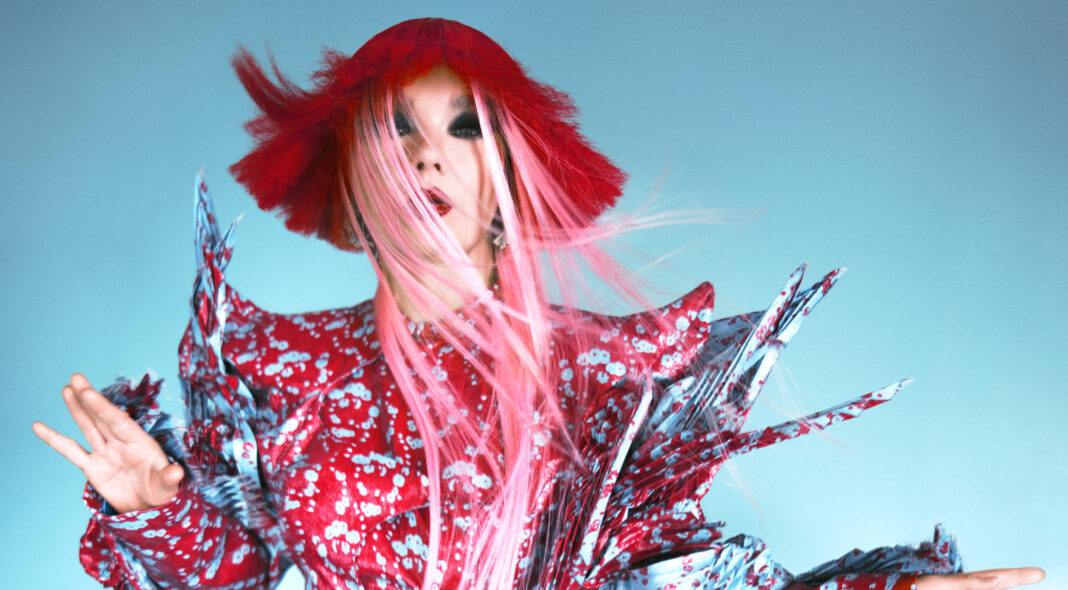 Björk leaves yet another matriarchal mark on her tenth album, ‘Fossora’. Here we fall down from previous LP ‘Utopia’ to dig up our roots. The album’s title, translated as “she who digs”, unravels the disruptive layers of growth the groundbreaking artist has displayed over the last 45 years as a recording artist. This is a record born of the earth and just as the fungi family give visuals to the sound and a biological pulse to the beat, they emit signals of survival and connection. There is constant growth in communication and Björk is constantly growing, bending, and pushing the expectations of what she is capable of.

‘Atopos’ is the first to sprout from the album. Here we discover the influence of Indonesian duo, Gabber Modus Operandi, who have been collaborators and beat-makers with Björk throughout. With six bass clarinets expanding against Björk’s cries, “Hope is a muscle, that allows us to connect”, we nestle further under each pulse in search of meaning. But it’s Björk’s vocals that soar above the chaos and offer clarity. The track allows the rest of the album to unwind into deeper turmoil without losing hope.

‘Sorrowful Soil’ – a eulogy for the death of Björk’s mother Hildur Rúna Hauksdóttir, is the break of sunlight amongst the dark earthy floor. Vocals congregate in a raw hymn as Björk silences the voices with “You did well. You did your best”. We pause for a beat of release and closure. ‘Ancestress’ continues as an ode to her late mother. It feels traditional in Björk’s own tone, yet personal through her delicate storytelling. The orchestration seeds a sensation of letting go for the last time, while Björk’s words reinstate the connection between mother and daughter, “You see with your own eyes, but hear with your mother’s”.

There is a theme of separation throughout the album, as ‘Victimhood’ trudges through the collapse of a relationship, with foghorn drones deepening the damage. The environment feels unsettling, but Björk insists, “Only bird’s eye view can help me transgress out of this hole”. She looks down on the self with a critical lens and asks, “Who am I that this has happened to?”.

‘Her Mother’s House’ bids farewell to the final passing of the story. With vocals and words from Björk and her daughter Ísadóra Bjarkardóttir Barney, there is unification in this inevitable departure, “the more I love you, the stronger you become, the less you need me”. The making of Björk’s matriarchy marks its territory in a bitter-sweet symphony to the cycle of life.