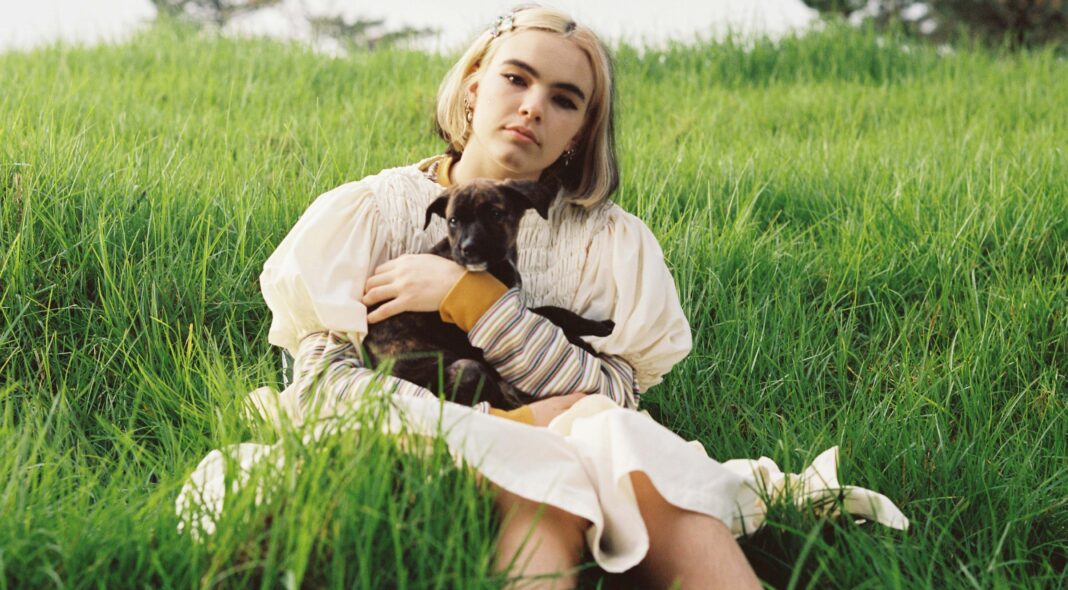 Time moved strangely this year, so it’s unnerving to realise it’s already long enough since ‘bad guy’ to see the pop class of Billie Eilish begin to graduate – and with ‘Hey u x’, New Zealand’s Benee will surely graduate with full honours, congratulatory flowers from Granny Lorde. If you only read the headlines, that is.

It’s a common predicament: start your pop career in the immediate wake of an artist who transforms the look and feel of music, and you’re cast as the ‘new Dylan’, the ‘new Whitney’, the ‘new Eilish’. Throw in TikTok and a pandemic, and you run the extra risk of becoming a paragon of a weird era, rather than a real person making music. Back in March, ‘Supalonely’, Benee’s duet with Gus Dapperton off her 2019 EP ‘Stella & Steve’, hit the big time. Crammed with the hooks and vocal tics (“I’ve been lonely, mmm, ah, yeah”) that define a TikTok smash, any relatable-ordinary-girl content was obliterated by EmRata’s abs-centric TikTok that snowballed the song’s success. Eight whirlwind months later, Benee’s debut album ‘Hey u x’ needs to shrug off the Eilish/Lorde comparisons, prove she’s a genuine pop artist rather than fame chaser, and convince new listeners to stick around.

The 2020 success of ‘Supalonely’ ironically pulled Benee beyond New Zealand without her leaving the country. She’s already a star there, part of the nation’s fabric: she’s met Jacinda Ardern, recorded a version of early home hit ‘Soaked’ in te reo Māori, and won a clutch of New Zealand Music Awards. As a covid-lite summer begins, she’s even playing actual gigs. Imagine!

Discovered by the same producer who brought us Lorde, last year Benee made her first EP in the studio where ‘Pure Heroine’ was made. No wonder the comparisons roll in. She doesn’t help matters with her Lorde-like vocals on ‘Hey u x’s closing song, ‘C U’. But Lorde is just one – likely involuntary – strand of a messy web of references. Clairo hovers throughout the album, while ‘Kool’ borrows a Moloko-style background groove, and ‘A Little While’ morphs into Ariana’s ‘thank u, next’. Every song riffs on a different pop genre, leaving your brow furrowed over which nineties or noughties hit you’re reminded of this time.

Granted, it’s tough to avoid a melting pot when you inherit decades of pop, and Benee uses it to her advantage as a skilled collaborator. Tapping into a lineage of female talent that’s inspired her own tight pop craft, she knows exactly who to pair up with and when: her biggest references materialise as actual guests on the record. ‘Sheesh’, as close to going out-out as you’ll get if you’re not in New Zealand, proves that everything Grimes touches turns to – if not gold, then at least something worth playing twice, for the killer “I get what I deserve and I get what I want” outro alone. But the unexpected victory comes from Lily Allen and Flo Milli joining Benee on ‘Plain’, which becomes the motivational patter party you hear in a bathroom on a night out. “Bet when she’s in your bed she fakes it,” Benee delivers with relish, while Allen repeats, “You went out with that? / Oh, that makes me real sad”. Anybody whose friends have loyally binned an ex’s new lover as not hot will savour the track’s camaraderie. But its bedroom-pop muffles the vocal distinction between Benee and Allen, and a direct Me Too reference feels lazily thrown in – is it even really ok to dunk on an ex’s new girlfriend?

‘Hey u x’ retains a sparky, creative oddity that goes beyond Eilish-style outfits and rebuffs any formula. Benee’s artwork and videos are divisively bright and experimental, and her songs sometimes sound like Mario World. She even sings from the perspective of a snail. She refuses the sad girl title. She pokes fun at current tropes – but ‘Hey u x’ still ticks lots of Gen-Z boxes: twee as fuck, clenched vocals, screwball aesthetics, lyrics about mental health. Goofy and erratic enough to move her beyond TikTok fame, Benee’s pop music is sufficiently tight to tolerate the goofiness, but it’ll require even more of her creative spirit to fully escape the shadow of Eilish.