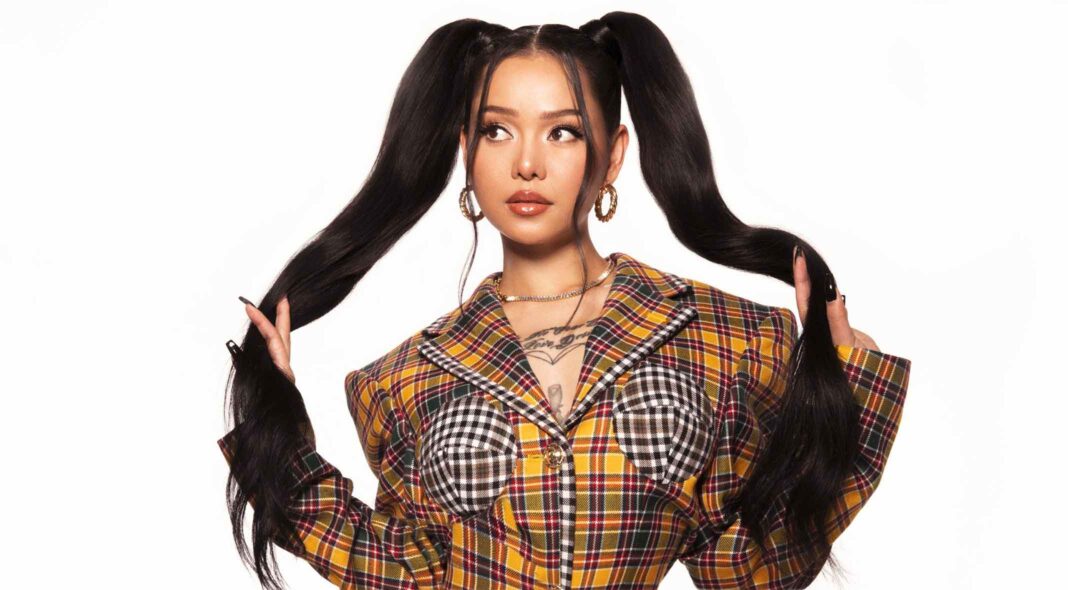 Megan Thee Stallion might have only given us less than a day’s notice that her new album ‘Traumazine’ was dropping, but regardless of how long we had to prepare, it likely would have still blown us away. ‘Gift & A Curse’ is one of the highlights of the album – a sex-positive anthem that keeps things simple. Over a high-pitched piano melody and beat, Meg tells the crowd about her worth (“Shout out to my pussy, this lil bitch the G.O.A.T.”) and takes a moment to remind the patriarchy just who’s in charge. “My motherfuckin’ body, my choice,” she declares. “Ain’t no lil dick takin’ my voice.” Amen to that.

Melbourne singer-songwriter Mia Wray’s new single ‘Evidence’ originally started out as a “sad ballad” about her terrifying experience of being stalked back to her motel room after a gig last year. The final results, though, find her recounting that traumatic time from a position of strength. “Now all you’ll ever be is someone sad enough that sees just because I’m a woman I am yours,” she scoffs in the bridge, before the buzzing guitars and pummelling drums re-enter, and she warns: “You’ve got nowhere left to hide.”

On the surface, Bella Poarch’s ‘Living Hell’ might seem like an exertion of female power – “You kiss my lips until they’re colder / Think you’re in control, but / I should let you know,” she sings at one point. In reality, the lowkey, softly addictive track deals with the pop star’s experiences growing up and the control her parents expended over her. Multi-layered and moving, it’s a brilliant example of a pop earworm with substance.

“We were two plus another / And three’s a fucking crowd / I don’t want you here,” Etta Marcus sings on ‘Crown’, voice low, restrained and simmering with anger. The Brixton-born rising artist’s new single – and her first for Polydor Records – might be fuelled by vengeance and rage, but Marcus deals it out with the kind of poise that feels unsettling. Intense and intriguing, it’s yet another example from the musician of just why she’s someone you need to get on board with now.

Manchester artist DellaXOZ’s ‘we move!’ presents something truly exciting – a genre-blurring, dreamily upbeat track that, at just two minutes long, leaves you begging for more. A magpie-like collation of her hometown’s indie roots, the music associated with her Congolese heritage and ultra-modern production, it glides through crisp layers and spacey backing vocals, creating the perfect soundtrack to sticky summer nights, while the lyrics highlight the power in taking the high road. “I could retaliate, but that’s beneath my level, babe,” DellaXOZ sings. “And I’m just trying to elevate / All I have to say is / We don’t trip, we move.”

Listen to these tracks and more on our BRAND NEW playlist, updated every week