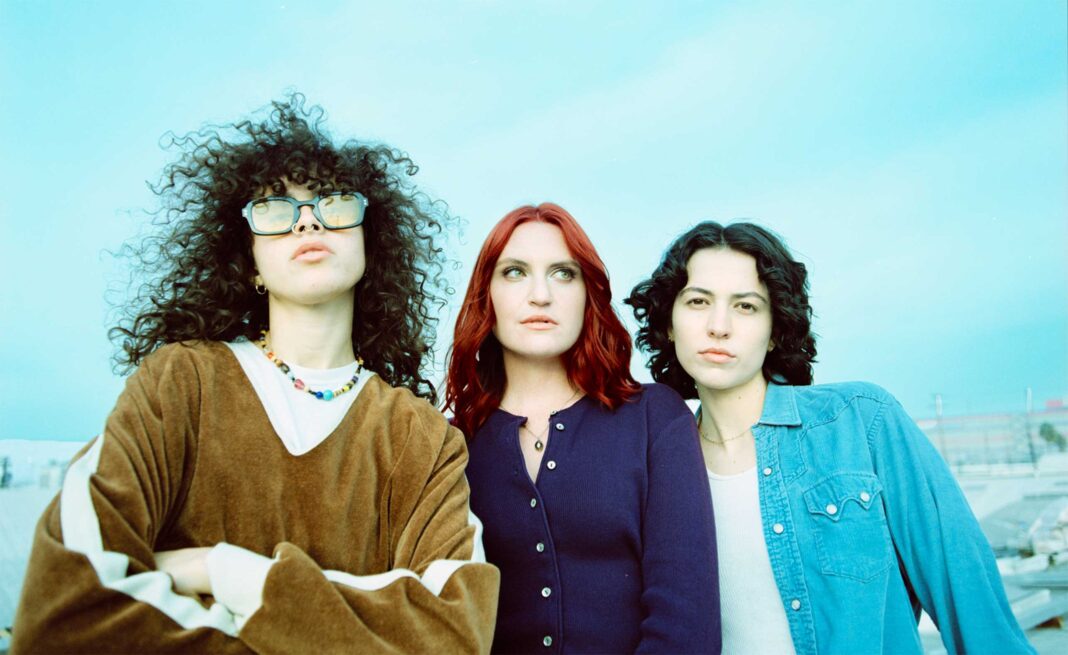 It only took three records, a pandemic, and a helping hand from Phoebe Bridgers for enough people to finally realise that it’s MUNA’s world and we’re all just living in it. The L.A.-based trio – comprised of Katie Gavin, Naomi McPherson, and Josette Maskin – have been queer indie darlings since their very first EP; an infectious blend of earnest affirmations and so-melancholic-it’s-actually-euphoric synth-pop.

Despite their second album ‘Saves The World’ sweeping up fans and critical acclaim, even MUNA weren’t safe from 2020 and were dropped by their major record label at the start of the pandemic. The move ended up being a fortuitous one, however, when the band were soon scooped up by Phoebe Bridgers for her inaugural Saddest Factory Records roster. One killer pop hook, a verse from their boss and a But I’m A Cheerleader-inspired music video later, and the band had the breakout hit they deserved all along.

With ‘Silk Chiffon’ and its iconic “Life’s so fun, life’s so fun / Got my mini skirt and my rollerblades on” refrain, MUNA hit the unpredictable TikTok jackpot with a slice of pastel pop heaven. One year on, and the single sets the tone for the band’s latest evolution by opening proceedings here. MUNA’s decision to self-title their third album makes increasing sense as the record unfurls: the trio stay true to their core DNA with gentle yearning and plenty of wisdom, but the new beginning under a new label shows up in wider sonic influences and a fresh sense of self-assurance.

‘Anything But Me’ – a sparkling and anthemic foot-stomper – takes the bliss of new love in ‘Silk Chiffon’ and moves onto a next-level amicable break up with “all love and no regrets”. There are more bassy crowd-pleasers in the form of ‘Runner’s High’ and ‘Solid’, meanwhile, sparkles like the glitterball at an ‘80s prom. The album also excels in its softer moments: ‘Kind Of Girl’ evokes the best of Americana with the simple swoon of a slide guitar, as Katie Gavin’s vocals narrate a vulnerable pursuit for self-compassion.

It is this vulnerability and solidarity that has always set the band apart. Ever since 2016’s ‘I Know A Place’, MUNA’s characteristically tender waves of synth have acted as sonic comfort blankets, wrapping their fans up and telling them they’re not alone. The pinnacle of this comes during this album’s second track, ‘What I Want’: a cathartic queer anthem where Gavin sings of hedonism and surrender – “I wanna dance in the middle of a gay bar!” – and takes the time to proclaim to herself and anyone else who needs to hear it: “there’s nothing wrong with what I want.”

MUNA’s self-titled record is one of personal discovery as well as the creative highlight from a band that has never felt so sure of itself. MUNA finally believe in themselves and until you can believe in yourself, they’ll believe in you too.