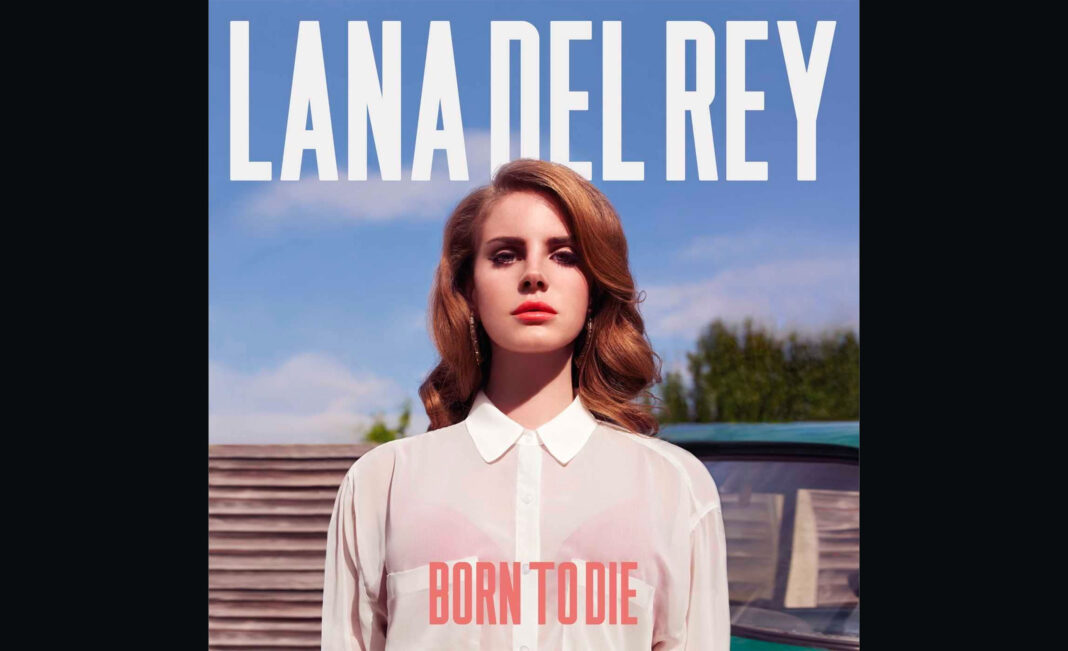 “I might never make another song,” Lana Del Rey told Vogue after she had finished recording her major-label debut. “What would I say? I feel like everything I wanted to say, I’ve said already.” Six more records and over a hundred songs later, the artist has made her ascent from sad girl Tumblr sweetheart to industry heavyweight, ushering in a new era of melancholy pop.

But it all started with a YouTube video, or so it seemed. ‘Video Games’ felt like it arrived out of nowhere, another example of overnight internet fame. Posted to Del Rey’s personal account in August 2011 then reposted to her Vevo channel two months later, the video soon went viral, accumulating over 20 million views in just five months. With its sweeping cinematic harp and strings, slow-paced piano, and Del Rey’s distinctive vocals, ‘Video Games’ provided a lo-fi alternative to the EDM heavy mainstream pop that dominated the airwaves in the early 2010s. “It wasn’t pop until it was on the radio,” Del Rey said. The heavenly melody was a match for the melancholy nostalgia evoked through grainy vintage clips of American flags, swimming pools, skaters and the Hollywood sign. This montage of LA summertime wouldn’t look out of place in a TikTok about romanticising your own life. It feels as fresh today as it did then.

With the release of ‘Born To Die’ a few months later, Del Rey swept us up in her universe of broken-hearted sugar babies with mascara stained tears falling for bad boy bikers speeding down the coast as crumbling Old Hollywood disappears into the distance. The album spoke directly to a generation growing up on Tumblr, spending after-school hours indulging in curated nostalgia, filling dashboards with aspirational aesthetics and a longing for past eras. Del Rey became a prominent figure on the platform as GIFs from her music videos were reblogged widely. Users related to her emotional lyrics and nostalgia for times they had never experienced.

While Del Rey had become an instant icon in the Tumblr sphere, gaining a cult-like following of flower crown-wearing teenage fans, initial reviews of ‘Born To Die’ were far from adoring. Pitchfork described it as “the album equivalent to a faked orgasm.” Many felt the record failed to live up to the melodic beauty of its stratospheric lead single and labelled the lyrics pointlessly melodramatic and shallow. But the album was dropped amid an environment of general hostility towards Del Rey. Speculation about her background and plastic surgery rumours were met with a depth of scrutiny only ever reserved for female artists. When it was discovered that her ill-fated debut LP ‘Lizzy Grant aka Lana Del Ray’ had been briefly released then pulled from retail in 2010 and consequently that Lana Del Rey wasn’t her real name, she was accused of being a fake. None of this was helped by her infamous January 2012 Saturday Night Live performance where nerves got the better of her and she was met with a barrage of online abuse.

But so what if Lana Del Rey is part of a fantasy? If that criticism felt like it was beside the point then, it feels even more so 10 years later. Musicians have always tried on different personas. Plus, the Del Rey fantasy was alluring albeit in a slightly subversive way. On ‘Born To Die’ she plays with several female archetypes, from the nymphet sugar baby to the Vegas bad girl. Sure, they’re not particularly empowering characters but they allow us to indulge in the idea of fatalistic romance, at least for the duration of the record. Fans revelled in the moodiness of the singer’s self-described “Hollywood sadcore” and the ever-shifting cast of bad boy love interests.

The sweeping melodrama of the opening title track set the tone with lyrics about the dark side of romance – “my heart it breaks every step that I take”, “sometimes love is not enough.” Sex, drugs and materialism take centre stage in ‘Off To The Races’ where a cigar-smoking, cocaine-snorting sugar daddy watches the singer swimming in his pool or putting on her red dress. It features Del Rey’s first nod to ‘Lolita’ with the lyric, “light of your life/fire of your loins” a direct reference to the controversial text. In ‘Blue Jeans’ Del Rey trades her sugar daddy for an Athenian James Dean lookalike who she will love until the end of time.

The album leans into the American Dream, best encapsulated in ‘National Anthem’ where “money is the anthem of success” – an American motto if ever there was one. It doubles down on the album’s hedonistic themes; “Winin’ and dinin’, drinkin’ and drivin’/Excessive buyin’, overdose and dyin’.” But all the Americana-drenched decadence can’t cure Del Rey’s sadness. For all the artifice conjured by the album’s studied aesthetics, the lyrics still hit an emotional chord. Even if the love described is toxic and the sadness, sometimes overwritten – see ‘Dark Paradise’ – there’s a confessional element that helped Del Rey acquire such a dedicated following of young fans. In ‘Carmen’ and ‘This Is What Makes Us Girls’ she strikes out at claims of inauthenticity by painting a picture of teenage alcoholism. Del Rey has publicly talked about how she used to drink everyday as a teenager until her parents sent her to boarding school to get sober, an event she addresses on the album’s final track: “when stuff got bad/I got sent away.”

A decade after its release, ‘Born To Die’ still sounds as heavenly as taking a dip in a swimming pool on a hot and hazy summer day. It marked the start of a new era of women in music, making way for the likes of Lorde and Billie Eilish to release their own brands of moody, lo-fi pop. Del Rey has continued to court controversy with her questionable social media rants while her references to speeding, drug-taking boyfriends on ‘Born To Die’ can’t help but seem laughable now given that her most high-profile relationship was with a cop. But there’s no denying the album left its mark on a generation of listeners, becoming the soundtrack to days and nights spent scrolling through Tumblr waiting for life to begin. Since then Del Rey’s career has gone from strength to strength, but ‘Born To Die’ still radiates with that dazzling spark that marked the start of something new.