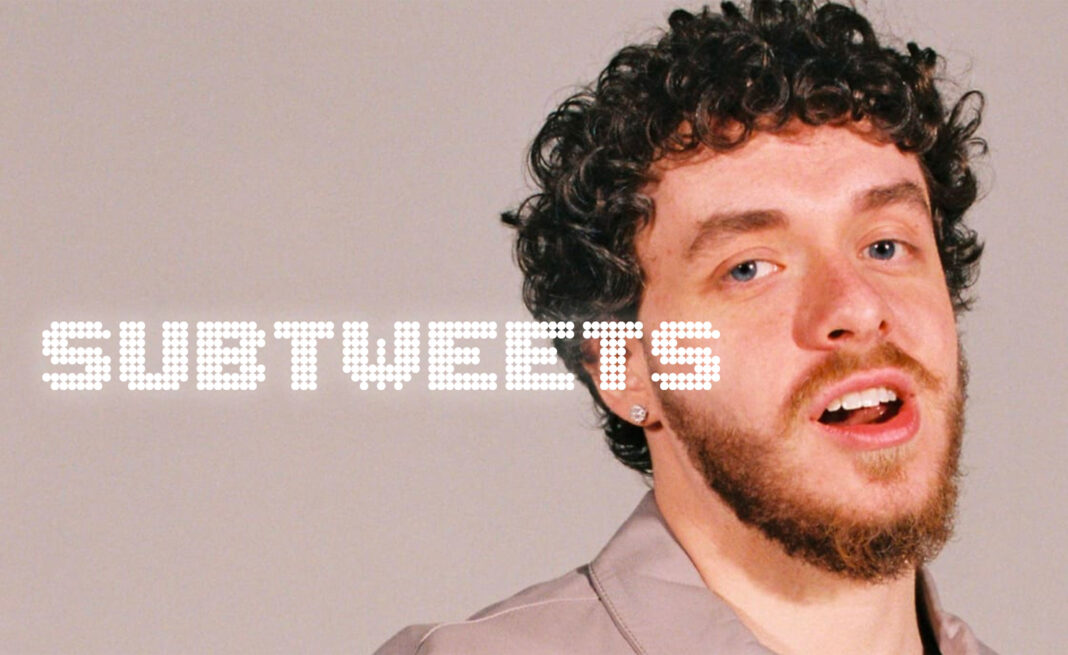 If you’ve been on social media of late, one face might have stood out to you. He’s got curly hair, a winning smile, and professes to understand the lovemaking benefits of excessive pineapple consumption better than most. He goes by the name of Jack Harlow, and in the last 10 days alone, he has launched two unavoidable memes — charming influencer Emma Chamberlain on the red carpet of the Met Gala with his “love you, byes”, and scoring an abysmal 2.9 on Pitchfork for his new album ‘Come Home The Kids Miss You’, described as “among the most insipid, vacuous statements in recent pop history”. Across Twitter, TikTok and Instagram, fans are going to war trying to decide if he is hip-hop’s next big star, or merely a business-savvy white boy making inoffensive algorithmic rap. Which is the truth?

The road to trending-topic status has been a few years in the making. At 19, the Kentucky rapper’s single ‘Dark Knight’ peaked a bidding war with record labels, releasing his debut studio album in 2020. A year later, he properly crossed over into the mainstream with his guest verse on Lil Nas X’s ‘Industry Baby’, coolly playing it straight amidst his gay cellmates. Praised for his fuss-free allyship, Harlow was taken to the hearts of new fans, but was still looked upon suspiciously by male rap audiences, pondering the legitimacy of his hip-hop credentials as a broadly pop-orientated performer.

If you can’t have critical credibility with the fellas, then a rapper’s route to success is often through the ladies. The bar we hold for depictions of positive womanhood in hip-hop is positively on the floor, but with his cute curls, attentiveness to fans and cheeky lines that, although crude, tend to centre his eagerness to please a lady, it is perhaps no surprise that Jack Harlow has gone down well with female audiences. Now 24, his most recent single ‘First Class’ is impossibly addictive, something in his ‘uh-huhs’ conjuring up the kind of lovable fuckboy that has women staying awake, against their better judgement, for the ‘U Up? text. Handsome but not intimidatingly so, you can’t quite be sure if you actually fancy him — but you’re willing to stick around and find out.

A quick glance at Harlow’s online demeanour will also reveal him to be an eager student in BA (Hons) Drake Studies, working on a final year thesis in hip-hop feminist theory. He’s not quite grasped the full breadth of the literature, but what he lacks in sophisticated argument, he makes up for with boundless enthusiasm, such is his anthropological appreciation. When he’s not charming women on red carpets, he’s schmoozing them at meet and greets, namechecking them in Instagram stories. It should surely be no surprise that his most notable press moment so far has not been a lengthy chin-stroking interview with the ‘serious’ rap press, but an intensely flirtatious chicken shop date with Amelia Dimoldenberg, delivered with excessive eye contact.

Though Harlow frequently falls foul to the same ‘arm candy’ imagery that dogs the rap genre, the women he features in music videos and promotional works have been pleasantly diverse. He loses significant allyship points for working with DaBaby, Tory Lanez and Chris Brown (vocally defending the former two in interviews on the grounds of “not wanting to judge”)  but there is an improving sense of conscience to the way he has been moving. He will be supported by City Girls on his next tour, a ludicrously talented Black duo from Miami who remain criminally underrated. It does not exonerate him from his previous lack of solidarity, but it is still more than a lot of his fellow rappers have done to elevate the works of Black female rappers, even if it is indeed a calculated move.

When it comes to the album though, the cracks do start to show. The Pitchfork trashing may well have been a little harsh, but the core criticisms are fair; ‘First Class’ might be to summer 2022 what ‘Nice For What’ was to summer 2018, but Harlow’s budget is distinctly Prosecco to Drake’s ChampagnePapi, his flow not quite pouring with the same aerated spirit. On joint track ‘Churchill Downs’ (the same Kentucky racecourse at which the pair recently partied) Drake runs laps around his protégé, highlighting the obvious similarities. Under Drizzy’s generous tutelage, Harlow has cleverly identified the particular blend of braggadocio and emotional vulnerability that contemporary listeners seem to want, but hasn’t quite figured out how to pull it off in his own voice.

There’s often something quite sweet about how eagerly he references the music of his youth — a clip of Pharrell and Snoop Dogg’s ‘Beautiful” on ‘Side Piece’, appearances from Justin Timberlake and Lil Wayne — but there are only so many crowbarred references that a girl can take. ‘Dua Lipa’ bears no relevance to the singer whatsoever, landing like a weird exploitative cash-in. ‘I’d Do Anything To Make You Smile’ has the suitable nice-guy title, but its limp beat falls somewhere between Drake’s ‘NonStop’ and Kendrick’s ‘Humble’, with none of the urgency. One quite hilarious promise to “fuck the earrings off of you” nearly pulls it back, but like the Destiny’s Child-interpolating ‘Talk Of The Town’, he can be accused of cribbing off a Millennial/Gen-Z cheat sheet without realising that his female fans deserve a little more sophistication.

So what do we do with Jack Harlow? He’s not the first rapper to take a few albums to really hit his stride, and he’s certainly not entirely unproblematic. But in deconstructing his appeal, he appeals to be yet another artist who has been unfairly dismissed on the grounds of his large female audience. Blending naïve charm with extremely clunky social awareness ( “We could have a kid, am I movin’ too fast?/ Know I’m not your first, but I could be your last/You can’t even get gas without bein’ harassed.”), he doesn’t always get it right, but maybe that is the point. Much bigger careers have been launched off the back of a similarly awkward approach to lyricism, battering the listener over the head with enough contrived sincerity that it starts to feel real. It’s cheesy, but maybe a little cheese is what we all need?

There is of course a fine line between charm and sleaze, and Harlow’s palatable whiteness certainly helps with his ability to be perceived as “cute” and “safe.” But from the flickers of prowess that he has shown on ‘Industry Baby’ and ‘First Class’, there is definitely hope that his material will one day match up with the slickness of the demeanour he’s selling. For better or worse, he’s got us all talking. Don’t be surprised if that winning smile is shrewder than you think.