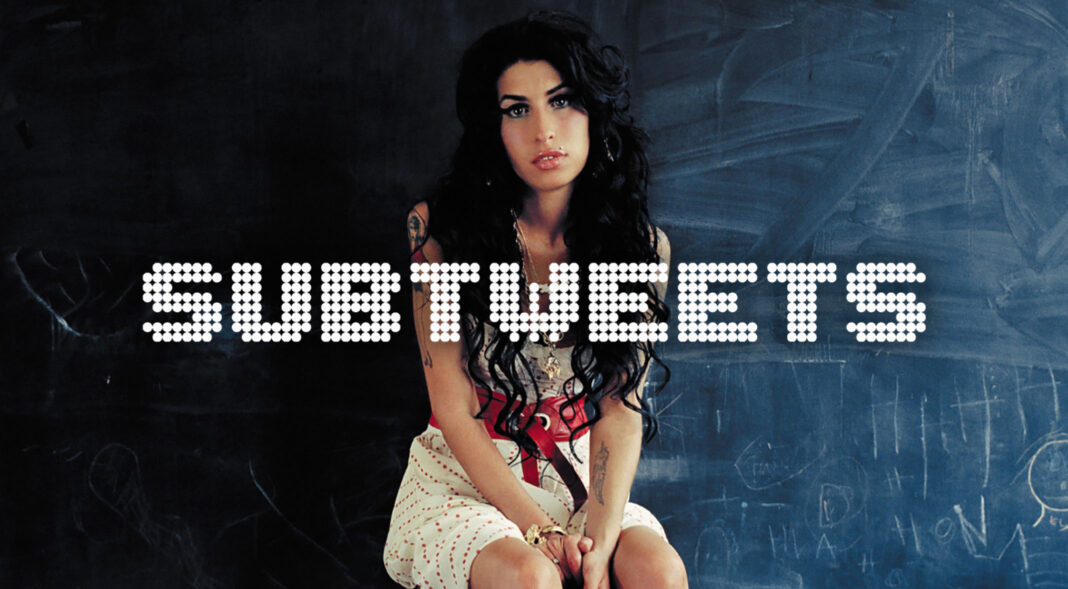 Like most people my age, I can remember exactly where I was when Amy Winehouse passed. I had been out with my school friends, preparing to receive our A-Level results in a month’s time, grafting away at some local work experience before I moved up north to study music journalism. Watching the way the media had reported on her life and times for the years previous had already taught me everything I didn’t want to be as a writer — coldly opportunistic, emotionless, waiting at the ambulance doors to get the scoop by any means necessary. In the days after her death, she broke a Guinness World Record; the most songs by a woman to simultaneously appear on the UK singles chart.

I think of Amy often when I think of artistic legacy. Ten years on from that moment, we’ve seen various attempts to keep her memory alive, ranging from the swiftly released ‘Lioness’ compilation in late 2011, 2015’s documentary film ‘Amy’, and more recently, numerous books and quotes from her father Mitch Winehouse, who told the BBC of his plans to release some of the early demos that he’s found on old corrupted CDs: “It might not be as good as ‘Back To Black’ but, from what I have heard from the snippets, it’s good.” Searching ‘Winehouse biopic’ on Twitter will reveal a fan-led desire to see Lady Gaga in the role, with seemingly more excitement at what it might mean for Gaga’s stature than what it might mean for Amy’s.

When you’re a fan of an artist who has passed, the emotions surrounding a posthumous album can be deeply complicated. Many fans support these releases as a means of supporting the family that is left behind, of seeing more from an artist whose prime was so abruptly cut short. Amy Winehouse was only two albums deep; for fans of artists like Juice World, Lil Peep and even XXXTentacion, a deep sense of unfinished business creates a craving to hear more, to understand the story a little better. And yet there is also a deep sense of exploitation — is the immediate aftermath of mourning really the right time for holograms and “it’s what they would have wanted” press tours, or is it all just one exploitative cash-in?

Sometimes, it does seem to play out OK. In the 90s, both ‘The Shining’ by J Dilla and ‘3D’ by TLC were actively completed by the producers and bandmates who knew their lost friends best, achieving an authentic sound. In 2018, the listening party release for Lil Peep’s ‘Come Over When You’re Sober Part II’ felt reassuringly intimate, described by fan and writer Marianne Eloise as lovingly-orchestrated: “It doesn’t seem right to say that we should simply leave their back catalogues be…it seems like an insult to his ambitious spirit to shut that work away.”

Similarly, Mac Miller’s ‘Circles’, released in 2020 two years after his passing, registered well with both fans and critics — well into the recording of the album at the time of his death, it offered keen cathartic insight which allowed fans to reconcile some of their own grief, a talisman to carry forth in tribute. With minimal production and no flashy marketing campaign, it was a release that seemed to nail the perfect balance between sombre respect and celebratory moment, allowing the artists’ words to take centre.

Even though ‘Circles’ acted as something of a modern blueprint for a sensitive post-death release, the desire to make morbid hay off a trending moment does seem to continue. Just this month, ‘Good News’ — an upcoming movie featuring Machine Gun Kelly as a troubled artist on the rise — has been forced to change its title after criticism from fans, fellow rappers and Mac Miller’s brother alike who saw it as a tasteless way to exploit both Miller’s likeness and the tragedy of many recently-lost rappers. Elsewhere this month, rapper Pop Smoke topped the Billboard charts again with his second posthumous album, both releases vastly outstripping the commercial success he saw in life. Though testament must be paid to the rapper himself, a huge element of ‘Faith’s streaming appeal is clearly attributed to its steady stream of featured artists – Kid Cudi, Pharrell, Kanye, Chris Brown, Dua Lipa. Spliced together from unfinished recordings, what the listener is left with is a party that feels less about celebrating Pop Smoke and more about taking advantage of the free funeral bar.

As fans, we often feel we know our artists, believe that they would want us to have this final gift. With so many of being lost so young, it is logical and wholly natural to look to posthumous releases as a way to extend a legacy, to imagine every inch of where these songs might have taken them. But there are so few ways to ever truly know, and often, the product that we claimed to want so much only serves to remind us what we have lost, a watered-down version of their true character. Completed songs shared by close family are one thing, but unfinished ideas, hung together via trendy features, feels about as sensitive as snapping a selfie with the casket, no matter how good the original intention. In the never-ending cycle of books and exhibitions and documentaries and boxsets, it’s often down to the fan to trust their gut on what feels right to consume, and what is better kept as a personal memory to those lucky enough to witness it.

Our constant desire for more from our artists is something to be looked at even, amongst the living. Cardi B is just one musician who has had to tell her fans off for expecting new records before she’s even completed a promo cycle, while the ongoing pressure that hangs over Rihanna’s head for R9 has been humorous at times but also tinged with bratty entitlement, resigning her to a commodity. In today’s industry climate, no artist can ever truly give enough. And with so much money at stake, why would the estates of deceased artists feel any less opportunity? Fans of Lil Peep and Mac Miller fans might mostly trust that his family and estate might have his best interests at heart, but XXXTentacion or Amy Winehouse fans are less sure, fearing that their grieving process has been remodelled into a gruesome embodiment of constant-supply capitalism and dehumanisation.

When I think of this difficult question, the narcissistic part of my brain can’t help but think back to myself on the day Amy died. 18 years of age, fancying myself as a ‘great’ writer with a slew of unedited notebooks and diaries and files under my bed. Thankfully, I have no fanbase who would ever demand such things (truly, thank God), but should the worst happen, would I want my awkward teen witticisms reaching the world without my full consent? Would I really want my final contribution to the world to be some half-baked scribblings I did in ten minutes, or my ‘Back To Black’? To each family estate and fanbase their own, but I can’t help but feel that the answer would be a resounding no. As far as I see it, perhaps the best way to honour an artist is to continue loving what they already gave — and what we can be sure they actually wanted us to see.