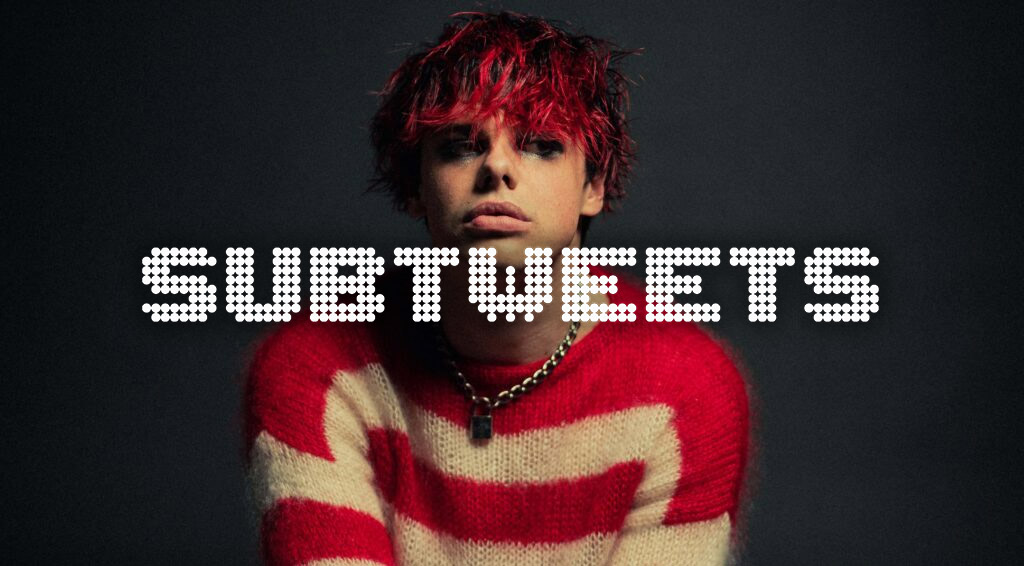 It’s difficult to put your finger on why, but there’s something about the boom of podcast-listening that has often felt like a very ‘older millennial’ pursuit. Maybe it’s the quietly intellectual nature of the format, the focused concentration it requires or even just the timescale in which it first became popular, but conventional – even condescending – wisdom has always dictated that podcasts are for ‘proper adults’, while the young’uns busy themselves with TikTok or YouTube.

With lockdown, this trend may no longer be quite so clear-cut. With news that BBC Sounds experienced a record 4.3 million plays in the final quarter of 2020 – one million up from the previous peak – one podcast stood out as the biggest draw amongst under-35 listeners; The Yungblud Podcast. Presented by Doncaster’s finest Dom Harrison, it features short, intimate conversations with fans about the big socio-political issues affecting their lives, and has come to be a particular hit with a teenage crowd.

“With this podcast, Dom and I wanted to create a space where young people could have a voice,” says Hannah Hufford, the show’s producer. “I think we’re all so used to only hearing certain topics from certain people in the media, but by speaking to his fans we’ve managed to cover unheard stories around sexuality, gender, depression, disability, body image, domestic abuse and so much more. Listing the topics can feel heavy but all our guests have been so incredibly resilient and thoughtful, and funny too! It’s no wonder Dom loves speaking to them.”

It’s easy to see why fans would love speaking to Dom too. Sharing serious musical DNA with the sugar-encrusted 00s pop-punk of Busted and Avril Lavigne, the Northern gobbyness of a Britpop-era Oasis, and a special dose of his own sincere self-awareness, he fits in well with other popular alternative faves who challenge the airbrushed status quo – Halsey, Billie Eilish, Bring Me The Horizon. Though his latest album, ‘Weird!” didn’t review overly well with critics, it didn’t seem to interfere with his streaming successes – nearly nine and a half million Spotify listeners a month, and four million views on ‘acting like that’, his latest collaboration with Machine Gun Kelly.

The music is only half the story. With Yungblud, fans relate to Dom the person – the one who makes them feel like its OK to be themselves, to be vulnerable and fun and still figuring it out. His booming accent and seemingly boundless enthusiasm make him a total radio natural, complete with cheeky kids TV host wink – “there’s some naughty language coming up on this episode, so don’t tell your parents!”

Though the premise of The Yungblud Podcast is quite simple on the surface, the focus on fan is what makes it truly special. We’re all well-versed in the navel-gazing, ego-stroking approach of the ‘celebrity meets celebrity’ podcast, but Dom’s desire to make space for voices other than his own is a rare and democratising move, something that goes beyond the traditional meet-and-greet. As a result, he is able to host a huge range of diverse, topical conversations, positioning himself as an empath rather than an absolute authority. He is encouraging and upbeat, but also knows when to be quiet and listen – in his words, “this is your space to just let it out and be you.”

When asking his fans for their feelings on the show, we were inundated with gratitude towards Yungblud for consistently platforming the voices of young people, especially while many are feeling isolated or overlooked in the stresses of the pandemic. For 17-year-old Katie (who also runs her own podcast), Dom’s show is a natural extension of his efforts to “encourage us all to embrace our ‘weirdness’, while 20-year-old Mikaela has enjoyed listening as a way to feel more connected to the wider fan community, spreading a message of compassion and understanding.

“My favourite episode was definitely the one with Saryna, who talks about performing as a drag artist whilst having a disability,” she says. “It made me tear up because I was just so proud that she was able to fight to do something she loves doing and is proud of. I have ADHD like Dom does, and it’s so nice to find an artist that really gets what it’s like. Dom started with not a lot and has built himself up and gained so much experience himself – I really try and work hard so I can do that for myself.”

Another 18-year-old fan, who runs the Twitter account YungbludArmy from the US, told us that she feels Dom frequently goes above and other artists when it comes to connecting with his fans. “We all take care of each other and make sure no one is feeling alone. What other artist connects with their fans through randomly video chatting fans for fun?

“It’s about so much more than the music – from the beginning, Dom’s message has always been to use your voice, stand together and be whoever you want to be. I love seeing new fans join the family and start to express themselves more & feel more comfortable in their skin.”

At a time where nuanced online conversation can be hard to come by, Yungblud’s podcasting success is proof that the popstars we truly take to our hearts are not necessarily the ones with the most sophisticated musical prowess, but the ones who genuinely seem like good people. For every fan who puts the Yungblud safety pin emoji in their bio, who responds to his collaborative video call-outs, who sings along to ‘Weird!’ and feels safe, he’s a friend as much as he is a musician, a reminder that they are welcome exactly as they are. And who doesn’t like to feel that way about their favourite star? With The Yungblud Podcast, Dom Harrison has found a great way to be just that little bit more human.