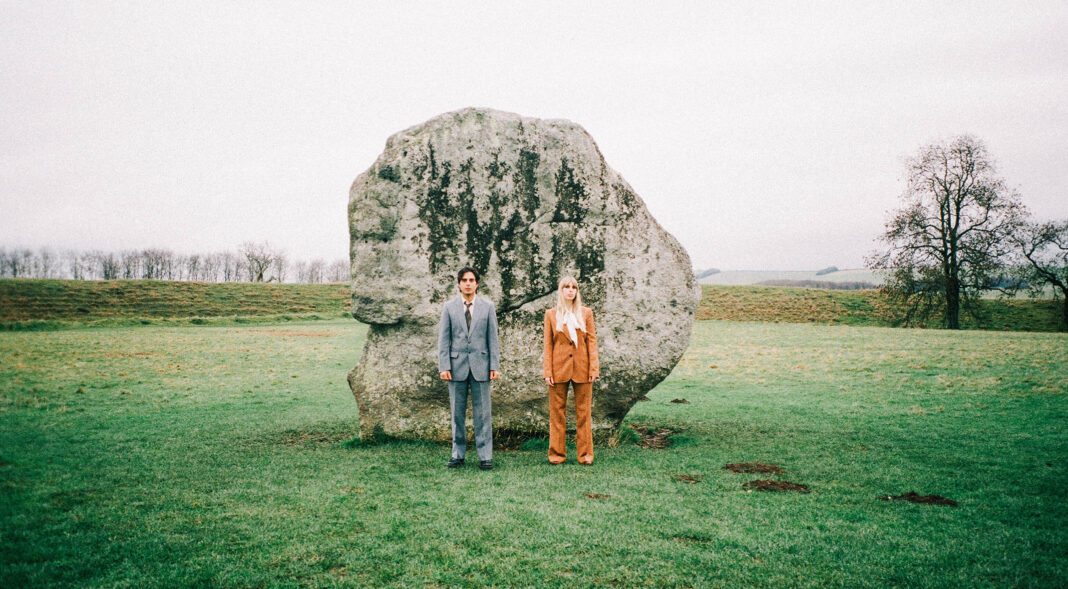 Picture this: you’re on your way to a Sundara Karma gig. Before boarding the train, you drenched yourself in gold glitter à la Wolf Alice and purposely ripped holes in your black fishnet tights. You’re listening to Peace’s 10-minute indie opus ‘1998’, which, in your mind, is the greatest song to ever grace this Earth. You’ve recently added Swim Deep’s band logo (≈) to your Twitter bio. Your Ratboy SCUM-branded socks are alleviating the pain of the brand-new, cherry red Dr Martens that you’re trying to break in. It can only be 2016, obviously.

Quite simply, you just had to be there. When a tidal wave of ambitious, wildly exciting guitar bands swept the UK throughout the mid to late 2010s, they received an almost surreal level of hype – and a new music community began to form nationwide. Led by B-Town (a scene that included Birmingham DIY bands JAWS, and the aforementioned Peace and Swim Deep) these groups, replete with their jangly guitars and stupidly catchy choruses, built their following on what was lovingly dubbed “Indie Twitter” – an internet trend that saw young British music fans debate the rising band du jour and compare record collections on the app.

All of this online chatter did, however, play an integral part in the success of a handful of emerging bands: Indie Twitter was not just a weird corner of the Internet for NME-obsessed teenagers, but also a genuine way into the music industry for independent acts, many of which had piqued the interest of label execs thanks to their excessive social media support. Indie bands such as Spring King and High Tyde resided within this cream of artists – you only have to scroll through the replies to the former’s break-up announcement to gain an understanding of this era’s impact on both the bands and the fans.

So, what happened next? As the 2010s drew to a close, many other Indie Twitter favourites, including Superfood, Anteros, and INHEAVEN, disbanded (RIP) – but some, including the latter, have since made respective comebacks under different guises. To shine a light on these new and arguably overlooked acts, we’ve rounded up some of the best side projects to emerge from the underground UK indie scene. Get stuck in!

Where do I recognise them from? The three members of trippy electronic outfit NOISY were all previously part of High Tyde, the Noel Gallagher-referencing quartet from Brighton that disbanded in December 2018. During their time together as a band, High Tyde became regulars on the UK festival circuit, and annually hit up indie meccas such as Truck, Y Not, Dot 2 Dot and 110 Above.

Why should I be excited? From the ashes of High Tyde, rose NOISY – a radical rave reinvention that sees the trio fixate on melding massive, boxy beats with thick synths and half-spoken vocals. So far, their genre-blending approach has been a huge success: 2020’s extraordinary ‘I Wish I Was A…’ EP rendered their spritely indie-pop style of old completely unrecognisable.

Where do I recognise them from? Meadow Meadow comprises guitarist Peter Darlington and bassist James Green, two members of garage rock crossover wunderkinds Spring King, with whom they released the Zane Lowe-approved debut album ‘Tell Me If You Like To’ in 2016 and its follow-up, ‘A Better Life’, two years later. Former Spring King frontman Tarek Musa is now also doing his own thing as Dead Nature.

Why should I be excited? Some of the little electronic ideas that were buried underneath the teeth-baring riffs on Spring King’s ‘A Better Life’ are blown up life-sized by Meadow Meadow: ribbony lo-fi textures melt into swirling and tumbling melodies that are frequently bolstered by peppy beats. Their 2020 self-titled debut EP was a restless and hypnotic effort, one that thrives off its bright, quirky production.

Where do I recognise them from? Remember South London’s INHEAVEN in all their viscous, smirking glory? The fiery indie rockers only put out one album – 2017’s stellar self-titled effort – before they confirmed their split on Christmas Eve 2018 via social media (truly, the worst Christmas present ever). But all is not lost: guitarist James Taylor and bassist Chloe Little are now Wings Of Desire, a mega-exciting duo.

Why should I be excited? Inspired in part by British philosopher Alan Watts, the intimate, fuzzy, and atmosphere-soaked psych stylings of Wings Of Desire explore identity and movement – a real pivot from the thundering guitars and commanding drums of INHEAVEN. They channel big and vivid ideas into sprawling jams that offer some sweet refuge in these stormy times.

Where do I recognise them from? Larry Pink The Human is the new collaborative effort from producer Jolyon Thomas and Laurie Vincent – aka guitarist of Mercury Prize-nominated punk duo Slaves, visual artist, beanie connoisseur and all-round legend. While Vincent’s band has been on hiatus since late 2019, he has concentrated his entry into his what he has described as his “music, art, video and clothing project”.

Why should I be excited? The music of Larry Pink The Human is jam-packed with kooky surprises and liberation. This project positions Vincent as the frontman and songwriter of a band for the first time, and the results are intoxicating; an expansive, glitchy soundscape chops up elements of hip hop, post-punk and other diverse sounds to form numbers imbued with warmth, hope, and an optimistic worldview.

Where do I recognise them from? Steffan Pringle, formerly of Welsh alternative band Estrons, launched noise rock band Death Cult Electric in late 2019. Sadly, Estrons never quite got to where they should have been; the four-piece broke up in the midst of a social media storm in February that year with only one album to their name: 2018’s incendiary ‘You Say I’m Too Much, I Say You’re Not Enough’.

Why should I be excited? Death Cult Electric deal in lurking basslines and snarling vocals, and 2020 single ‘Deleter’ is a compelling, expressive and at times relentless example of this M.O. – there is simply no chance that this song could pass you by. Upon each return, you’ll find new moments to be surprised by, such as the way guitars are contorted in order to reinforce Pringle’s paranoid and frankly terrifying delivery.

READ MORE: WHAT WOULD NOUGHTIES INDIE HAVE BEEN WITHOUT TOPSHOP?