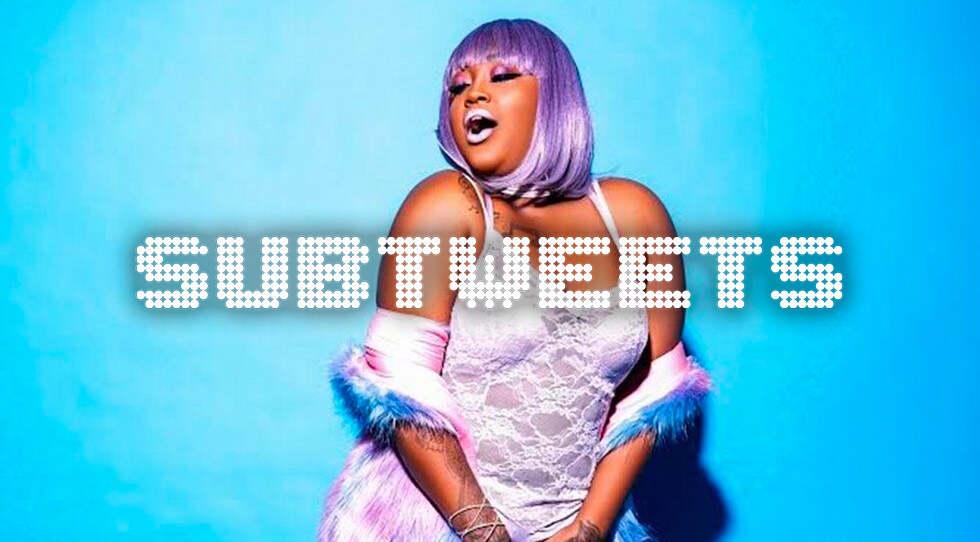 Divisiveness over something that a celebrity said on Twitter? Surely not! Just like the rest of us, musicians are known for the odd foot-in-mouth moment, but in typical no-nonsense fashion, outspoken US rapper Cupcakke wasn’t messing around this week when she offered up a shrug to the entire female rap community at large, seemingly preparing for her own musical return.

Reasonably enough, Cupcakke’s mentions and quote tweets were full of people providing lengthy lists of names that could prove her wrong. Whether you’re looking at Megan The Stallion’s Grammys successes, Tierra Whack and Chika’s creative visuals or the movers and shakers in our own UK scene (Enny, Ivorian Doll, Ms Banks), there’s seemingly never been more exciting new female talent in rap. But Cupcakke didn’t say that female rappers weren’t plentiful – she just said that she found them boring. And she didn’t elaborate on her point either, so it is difficult to know exactly whom or what she was subtweeting.

As with all great Twitter discourse, a delve through the comments revealed some salient points on either side of the debate. Though Cupcakke hasn’t elaborated, fans have deduced that her frustrations might be aimed at the current crop of successful US female rappers, most of whom are major-label signed, pop-adjacent and according to some, are focusing too hard on overly-stylised TikTok fodder instead of the kind of lyrical artistry and cleverness coined by Lauryn Hill or Lil Kim. On this side of the fence, fans are tired of being sold the same trap choruses and sexual innuendos, a hunger for something fresh.

Whether this is a fair assessment depends quite heavily on personal taste and the type of rap you’re looking for, but at face value, Cupcakke’s dismissal of female-made rap as a whole felt lacking in solidarity, in an industry where women already need to be twice as good as men to be taken seriously. For every Cardi B or Little Simz success story, there are years and years of undocumented hard work to gain access to rap spaces and prove that you are more than just “good for a girl”. Some scrutinies you can never truly escape – there are criticisms if you’re rapping about too many women’s issues, criticisms if you’re not keeping it “real”, criticisms if your work is too pop-leaning. There’s comments if you’re too sexual, but also if you’re “prudish” or taking yourself too seriously. And of course, there’s the endless cycle of fabricated beefs or comparisons. These do get aimed at men in the hip-hop space too, but are used more frequently to push the notion that there can only ever be one female rapper doing well at any one time. Things are slowly improving, but the fact still remains that in 2021, there are just as many male rappers named Baby on the billboard chart as there are women, and nobody seems to have a problem with that.

Even for this column, that’s an alarming amount of subtext to pull out of a single tweet, but these sorts of implications are ideas that Cupcakke has been talking about for years. Having been on the scene since 2012, the now 23-year-old has frequently got herself into hot water for various insensitivities or general online beast-poking, but there is no denying that her work ethic is of impressive quality; four studio albums, two mixtapes and a whole heap of singles and guest features in the last five years alone. Lyrically dexterous and with a wicked sense of humour, she’s marked herself out from the very beginning as a hyper-sexualised creative on her own terms, wanting to bring ideas of self-love and LGBTQIA+ acceptance to a wider audience. Her “dirty rap” fanbase is vocal and well-established, but doesn’t seem to fully transcend.

Should a female rap artist be able to navigate being slim-bodied (but curvy in the right places), conventionally attractive (but not intimidatingly hot) and the right kind of eloquent (but also endearingly ‘hood’), this journey gets a little bit easier, but it’s an assault course that very few can traverse. Being successful means playing the game, and Cupcakke has made it clear that she isn’t interested in chess. Painted as too much for the industry to handle, she’s stuck at a certain level, watching on as more palatable expressions of sexuality are waved through the gate.

To that end, maybe it’s no wonder that Cupcakke is bored by what she sees. Writing unapologetically and in great detail about everything from sexual assault and sexual gratification, eating disorders to eating out, she’s an artist who feels that the current mainstream is selling watered-down versions of the stories that need to be told, and whose nuances are maybe lost in people’s generalisations of who she is. Sweeping statements and snarky tweets won’t help, but neither will pretending that there isn’t still work to do to if we are to allow female rappers to express themselves as readily and autonomously as we claim to want them to be. In a tweet quite incidental, Cupcakke has asked an important question – what do listeners really want?