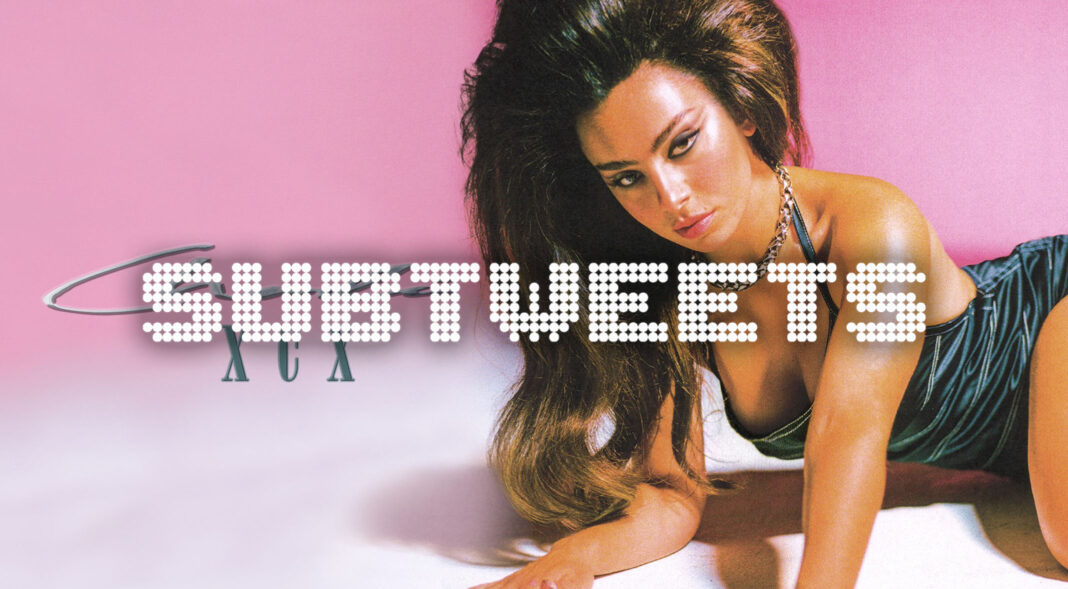 To borrow a phrase from stan Twitter, Charli XCX is an artist who truly loves to make sure that her audience is well fed. Few British artists of recent years work with such prolificacy, and she has the bops to prove it — ‘Vroom Vroom’, ‘Boys’, ‘Boom Clap’, ‘Gone’. In the last week alone, she has appeared as a guest judge on Ru Paul’s Drag Race All Stars, shared a beauty tutorial with Vogue, launched a BBC podcast, sold out three international comeback shows in under five minutes and told the Evening Standard that with her next single, she feels ready and primed to fully enter her mainstream era; a “Charli ultra pop star, all-out, sell your soul kind of version.” Frankly, who could argue with her?

Hard at work since the age of 16, XCX-omnipresence has been a long time coming. Discovered through MySpace, her work on 2012’s Icona Pop collaboration ‘I Love It’ was the first thing to prick the public’s consciousness, but the teen-girl empowerment of her early albums – 2013’s ‘True Romance’ and 2014’s ‘Sucker’ — gained her a growing standom, demonstrating her ability to do pop music in a way that felt subversive and new without compromising on those huge collaborative hits. By 2015, she had found PC Music, and set about carving out a sonic palette of exaggerated, 00s-indebted sheen, the sort that tends to be categorised as either ‘futurepop’, ‘chiptune’ or more commonly, ‘hyperpop’. Collaborative, colourful and technological by nature, it felt like the perfect fit for her clear multiplicity as a producer and performer. It also served the purpose of making out her point of difference — other pop girls were great, but Charli XCX was something a little bit extra.

“I first heard her with ‘I love It’ which led me to listen to her older songs from her mixtape, ‘Super Ultra’”, explains Josh, a 25-year-old fan. “Obviously I love her music and her lyric writing is insane, but I also love her support for her fans and the LGBTQIA+ community, how super funny she is. She’d had a big impact on general chart music; artists like Lady Gaga are starting to implement hyperpop sounds into their songs or work with artists that are a lot more recognised within that scene. I definitely think it’s a term you can use to describe more innovative artists.”

For those not in the know, a brief explanation is due. Hyperpop, a subgenre featuring artists like AG Cook, SOPHIE, Danny L Harle and of course, Charli, is a sub-genre known for its maximalist approach to music-making, blending pop, hip-hop and dance elements to create a sound and feel that is frequently attributed to digitally-native LGBTQIA+ expression.  Like so many genre-groupings that are indebted to the internet, the boundaries are extremely vague — some think that artists like Caroline Polachek and Kim Petras are hyperpop, whereas for others they’re just plain old great pop. It’s all quite complicated, but the important ingredient seems to be weirdness; that little dose of something extra that feels more niche and underground than what is available in the pop charts. It’s the glitchy synths, excessive compression and highly-tuned vocals, but it’s also something less tangible; the reason why a Charli XCX collab with Tove Lo and ALMA feels hyperpop, and a collab with Iggy Azalea or Rita Ora might not. XCX’s ability to do both with the same level of finesse is part of what makes her so special, and part of why her move to the mainstream is getting fans so excited.

“What I love about Charli is her creativity and personality. She always has something new in the bag and an interesting personality to keep it going,” says PJ, a 15-year-old fan who first discovered Charli via friends on stan Twitter. “Hyperpop used to be an innovative chamber of music, where people experiment with futural sounds. But I do feel like it’s the same thing being repeated again and over again, with acts like 100 gecs & Dorian Electra. Whatever comes next from Charli, I hope it will be good; I trust her to know what she’s doing.”

Having played an instrumental part in shaping the common conventions of hyperpop as the thriving space that it now is, it is perhaps unsurprising that somebody as creative as Charli might feel ready to move on. When she released the Mercury Music Prize-nominated ‘how I’m feeling now’ in the midst of pandemic-stricken 2020, it was a project designed to share the experience with her fans, an intimate, rapid recording that took direct fan feedback via zoom. This time around, she has more than earned the luxury and space to go big on her own terms, her last album on a major deal.

Charli may have joked about selling out, but going hyper-glossy doesn’t mean that she can’t go back and forth either. In 2021, it feels like we’re finally ready to blur the lines between cult fandom and mainstream appeal without quibble. Through streaming isn’t the total meritocracy that some make it out to be (playlisting and banner ads often cost major-label money), the fan-made word of mouth afforded by social media does mean that amazing stuff normally rises to the top, and the emerging talents of Arca, Shygirl and Slayyyter prove that there is more than enough exciting future-sounds to keep the hyperpop pipeline bubbling over. With new single ‘Good Ones’ arriving next month, it is entirely plausible that Charli XCX is graduating from hyperpop not only for the personal fun of it, but to prove that it can be done.

“My hopes for this era is that it will show everyone what Charli is all about,” says Josh. “From the artwork, I think it may have a 80s-90s sound with her unique spin. She deserves a solo Number 1 on the Hot 100; that’s my biggest wish.” To borrow the words of her new pal Ru Paul, Charli most definitely has the charisma, uniqueness, nerve and talent to secure that win. Mark September in your calendars —XCX World Domination is on its way.