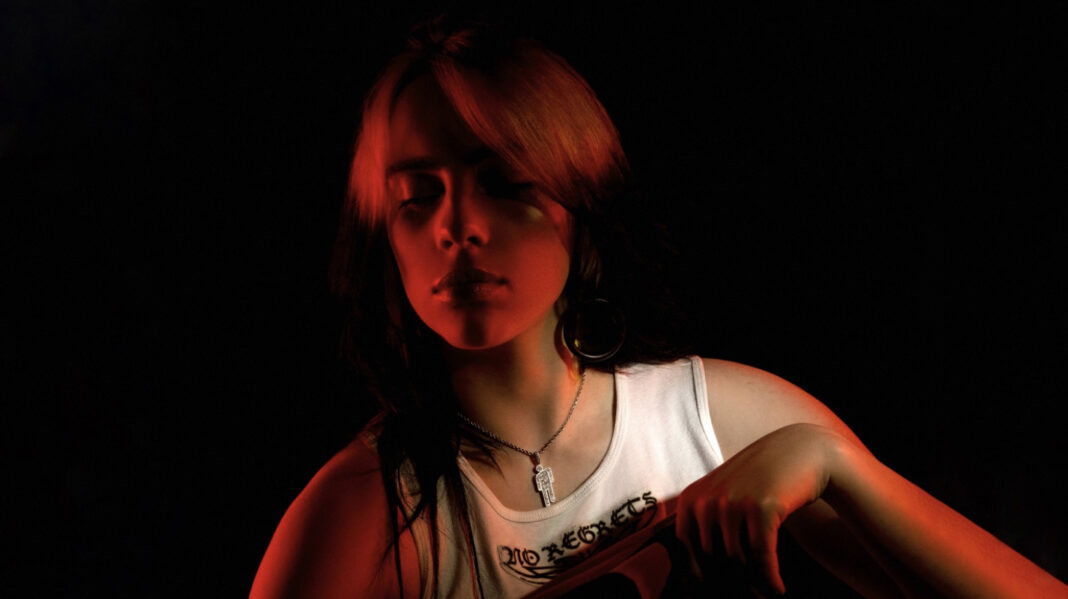 Never underestimate the power of a good sob. In these increasingly difficult times of stress and uncertainty (*gestures at the current state of the world*), a beautifully sad song can provide comfort, catharsis, and a momentary release of tension. Sure, it sometimes may be difficult to acknowledge and communicate our feelings, but slow, affecting tracks – which pop icon Billie Eilish has many of – can often work as a soothing balm when they are needed most.

Eilish’s confessional and poignant lyrics often draw on her own experiences; she has remained refreshingly honest about her personal battles with depression, Tourette syndrome, body dysmorphic disorder, and sleep paralysis, and in turn, has given a voice to a new generation that is willing to remove the stigma around mental illness. Her recent Apple TV+ documentary Billie Eilish: The World’s A Little Blurry saw her speak openly about why her health continues to be a focal point of her songwriting: “I didn’t think I would make it to this age,” she admitted during one emotional scene.

We’ve rounded up ten of the 20-year-old’s bleakest, bluest songs for listening to on those long, gloomy and never-ending days when you just need to let it all out. Get ready, for Billie Eilish’s most devastating songs.

The second single from Eilish’s multiple Grammy Award-winning debut album ‘When We All Fall Asleep, Where Do We Go?’ follows the singer as she candidly reflects on the growing distance in a relationship. “Don’t you know I’m no good for you?”, she sings directly to her lover as the anguish of unwanted change envelops in her confusion.

Released when Eilish was just 14, this earth-shattering debut single introduced us to an artist who was prodigious in more ways than one; it offered the first glimpse of Eilish’s seemingly boundless talent – that distinct, dexterous vocal – and showcased an extraordinary level of emotional maturity. Who knew heartbreak could sound so beautiful?

‘i love you’, finds Eilish stuck in two mindsets: reluctant or devoted, either desperately trying to keep her emotions for a potential partner concealed, or wanting to source meaning and purpose in their exchanges, even where there is little to be found. It’s one of the most real and raw moments on her debut LP – a frank reminder of just how soul-crushing love can be.

Eilish’s private, deeply harrowing pain is conveyed throughout the courageously honest ‘everything i wanted’. The listener is thrown headfirst into a stream-of-consciousness narrative of a young artist coming to terms with a recurring nightmare – and how her close relationship with her older brother, producer FINNEAS, has since salvaged such distress.

On this 2016 single, Eilish posits that love – even when a relationship is broken and bruised beyond repair – has a magical, transformational power that make us feel complete again. The wishful, bleeding-heart refrain of ‘six feet under’ pinpoints how it feels to desperately chase that feeling, while also becoming ever more aware of the harsh reality of a breakup.

The sheer vulnerability of Eilish’s songs often make them a challenging listen, and ‘ilomilo’ is no exception. With a title that references a 2010 video game of the same name, this intimate track speaks figuratively about the emotional damage that accompanies losing loved ones and processing death through a continued gaming metaphor.

Gently and almost silently, Eilish descends into an exercise of self-loathing on ‘idontwannabeyouanymore’. It’s impossible not to take notice of her bravery as she picks at the seams of her confidence to allow her insecurities and struggles unfurl to into a series of deeply reflective lyrics, where she suggests that it’s only through honesty that can she heal.

‘Bored’, Eilish’s strikingly emotive contribution to the soundtrack of hit Netflix series 13 Reasons Why: Season 1, sees the star lament over an ex-lover’s toxic behaviour. She uses the fragments left behind from a broken relationship to plan a path forwards, as her vocal flits between a heavily layered harmony to an aching, yet quietly threatening whisper.

There’s a rich and undeniable darkness at the heart of this swelling and complicated piano-led song, which centres itself around a heavy contemplation of death. It is an urgent, vital example of how Eilish’s lyrics continue to floor, as she sings from the perspective of an individual that can’t fathom what enduring happiness would look like.

This anxiety-laced collaboration channels all of the suffering, delusion, and restlessness of grief into something devastatingly beautiful. On ‘lovely’, a moving and fragile ballad, both Eilish and Khalid reckon with the ramifications of resisting treatment for their depression, and how, consequently, they struggle to maintain healthy relationships. It’s a heart-wrenching listen.

Billie Eilish live in London: the future is bright for a generational superstar