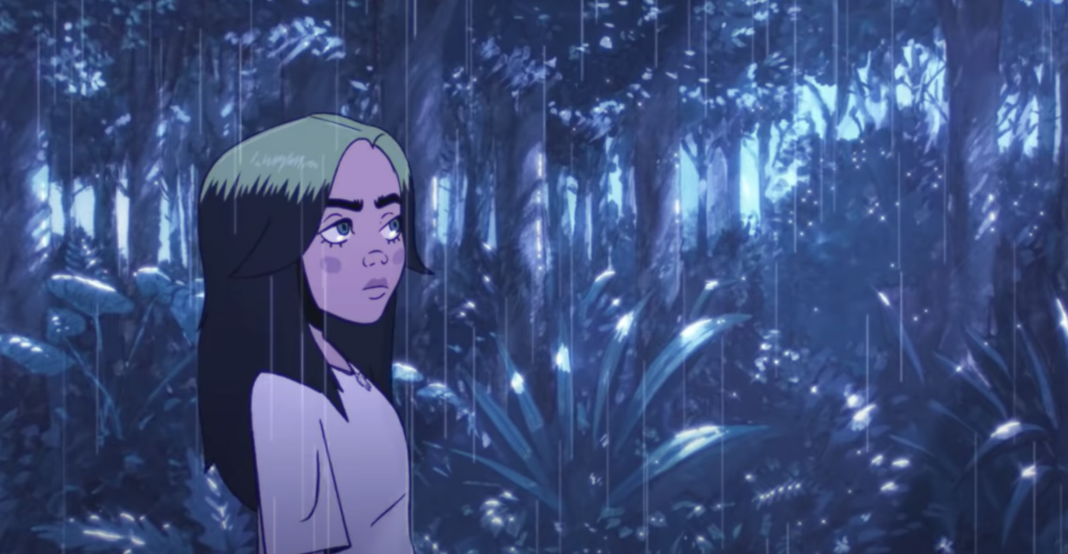 It’s been a little over a year since the release of Billie Eilish’s decade-defining debut album ‘When We All Fall Asleep, Where Do We Go?’, a release that launched a very busy year for the now-18-year-old Eilish. It swept the 2020 Grammys, winning three awards while addictive single ‘Bad Guy’ won two. Several of the album’s seven singles went multi-platinum, with ‘Bad Guy’s pop-trap beat and eerie vocals becoming completely inescapable, popping up across the radio and multiple adverts over the summer.

On Wednesday, Eilish teased her second single since the record (not counting February’s Bond theme). After a period of quiet to post BLM and COVID-19 related advocacy on her Instagram page, Eilish dropped several seconds of new track ‘My Future’ and the caption: “???tomorrow”. She was, of course, busy in the interim – touring, winning awards, gracing the cover of Vogue, working with designers, and becoming the youngest person to ever write and perform a Bond theme song with ‘No Time to Die’.

Eilish dropped the full track at 4pm PST alongside anime-style cover art of herself sitting in the rain, staring up at the moon. The imagery alone signals a shift to softer, more introspective aesthetics – a move away from bloody noses and baggy jeans. The song itself is a gentle, ethereal track that in part, echoes ‘xanny’, with breathy, stripped-back vocals that slip into a beat-driven chorus.

‘My Future’ expands on the more polished, mature talent that ‘No Time to Die’ teased, putting Eilish’s vocals first and foremost against a bare backdrop of raindrops and keys before bursting into an energetic jazz beat. Lyrically, the song sees her at her most introspective but reassuringly optimistic: “can’t you hear me/I’m not coming home/do you understand? I’ve changed my plans/’cause I’m in love/with my future/can’t wait to meet her/and I/I’m in love/but not with anybody else, just want to get to know myself” she sings, showcasing her ever-growing skills as both a lyricist and vocalist.

If ‘My Future’ is any indication of Eilish’s future as an artist, it’s an incredibly positive one. It shows her moving away from the themes of ‘When We All Fall Asleep…’ – all teenage angst and sassing your ex – and instead embracing a mature message and sound, one of self-love and progression, both as an artist and a person. The track could see her securing her legacy as a multi-faceted artist well beyond her 18 years, proof of her talents to any doubters who might have thought that her appeal lay solely in her ability to capture the teenage experience.