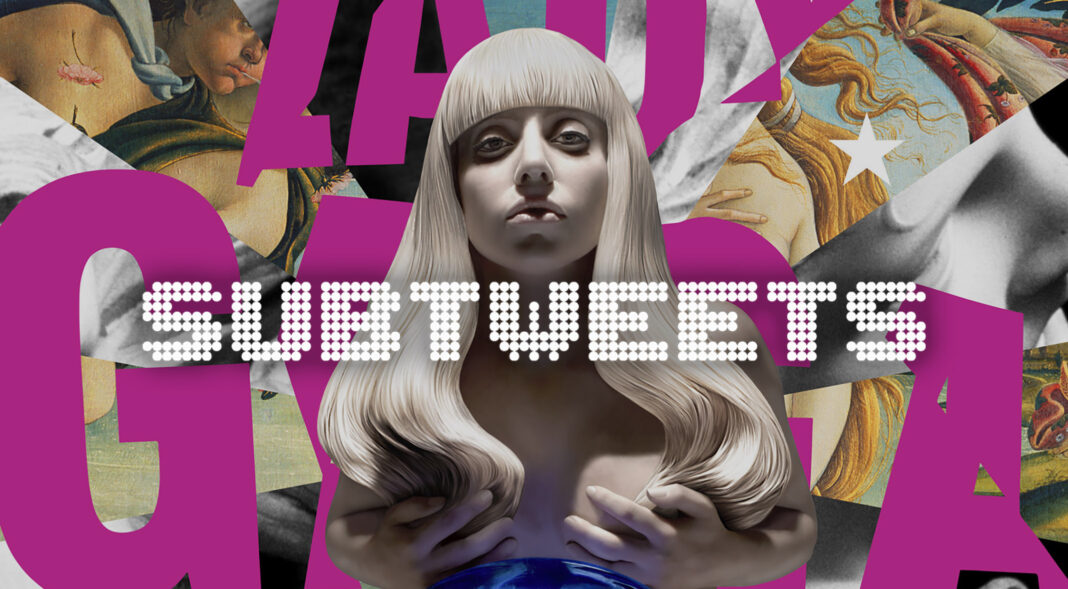 Lady Gaga is climbing the charts, but it’s not because she has new music. Instead, seven years on from its release, fans have taken it upon themselves to campaign for the rightful appreciation of ‘Artpop’, her third and most polarising record.

Having trended near consistently as #BuyArtpopOniTunes this past week, Lady Gaga’s 2013 album has climbed its way above DMX and Taylor Swift to reach the worldwide number one spot, finding a new lease of life right across streaming services in multiple domestic locations. It is, quite frankly, a fan chart heist, and one that is thrilling to see – proof that records can have important lives past their immediate release.

After the needle-shifting behemoths that were ‘The Fame’ and ‘Born This Way’, ‘Artpop’ wasn’t a record that revealed its gems so readily. In 2013, Pitchfork asked – for their sins – the question nobody wanted to verbalise; ‘Did ‘Artpop’ actually flop?’ While they admitted that they were perhaps holding Gaga to a higher yardstick of sales than other pop acts of the time, they also described her “imperial phase” as being over, her lovable quirks and surprise being a trick that was difficult to turn thrice. Whether you liked ‘Artpop’ or not, there was no denying that it yielded some disappointingly first week numbers – 258,000 to ‘Born This Way’s 1.1 million, pulling her stratospheric star back down into the regular cosmos.

Indeed, by 2013, a high-art, experimental pop act wasn’t quite the table-shaking, mainstream tour de force that it was in 2008. In the UK, the top five best-selling albums of that year included Emeli Sandé, Michael Bublé and Olly Murs, and in the US, you had Justin Timberlake, Bruno Mars and Luke Bryan, a country star who won American Idol – all safe, traditional expressions of pop and soft RnB. By way of emerging megastars, Lorde and Janelle Monae were serving concepts through leaner filters, while Tumblr-cool was more about Arctic Monkeys waveforms and the emerging cinema of The 1975 that it was about neon and electronica. Lady Gaga fans were still out there in force, but the zeitgeist spaces that Gaga could dominate online weren’t as much of a given.

“Honestly, I think people were intimidated by Gaga’s staying power and star quality and talent,” says Harrison, a pop-culture journalist and Gaga fan. “I think there’s a real sell-by-date expectation put onto female pop stars, and when they continue to be artistic and brave in their music and make exciting choices, it freaks people out. In 2013 we were all about that moody low-key vibe, whereas now we’re much more accustomed to avant-garde pop from our mainstream girls. An album like ‘Artpop’ feels less balls-to-the-wall in a post-Charli XCX and PC Music world.”

As Harrison notes, ‘Artpop’ was starkly, aggressively electronic and chaotic, reflecting Gaga’s mood of the time. She’s frequently talked about how difficult both its making and the immediate aftermath was, how she was drawn to brash sounds and metaphor as an articulation and escape for how she was feeling. Listening in 2021, the path it paved for the current hyperpop movement is clear – ‘G.U.Y’ is opulent electro-trash that borrows parts from the stadium pop of her debut, ‘Sexxx Dreams’ and is equal parts sultry and silly, while ‘Applause’ was an indisputably strong lead single, an off-kilter but instantly recognisable burst of energy. There are certainly missteps (even the most ardent Little Monsters don’t like to talk about the clunky trap of ‘Jewels N’ Drugs’), but on the whole, it’s a record that strives for excess, and mostly achieves it.

“I do think she had higher hopes than what she achieved – the promises of visuals for every song, the Gaga goes to space thing, the idea of ‘Artpop Act II’,” recalls Otis, who has been a fan since his teens. “It suddenly became this ‘flop’ where anyone outside the community thought she’d disappeared, but at the time I loved that there was nothing else like it, this huge swerve towards something big and outrageous and colourful. A lot of its ideas were ahead of its time, and the metrics of success have changed now too – things don’t need to be radio-friendly to be big. Maybe ‘Artpop’ is just a better fit in the streaming era?”

In a year of angst and the desire to feel something, it’s no wonder that ‘Artpop’s dance-or-die starkness re-appeals. Loving ‘Artpop’ now means recognising everything Gaga went through during that time – a split from her long-term manager Troy Carter, music videos that didn’t work out and aspersions cast on the inclusion of R. Kelly on ‘Do What You Want’, shrouding one of the record’s most poignant lyrics about sexual autonomy and post-traumatic reclamation in an unshakeable irony. In the wake of growing public attention around Kelly’s crimes, Gaga had ‘Do What You Want’ officially deleted from the record’s tracklisting as of 2019, but she had already chosen herself a new path of self-expression – after all, ‘Artpop’s follow-up release wasn’t pop at all, but rather an old-timey jazz duet album with legendary crooner Tony Bennett, something of a temporary retirement from global pop stardom.

By recontextualising ‘Artpop’ as a stepping stone to versatility rather than a creative blip, the benefit of time and hindsight has proven that some of its harshest criticisms might have been just that – a little too harsh for an artist who was still trying things out. From American Horror Story to A Star Is Born, the introspection of the stripped-back ‘Joanne’ to the extroverted fun of ‘Chromatica’, Gaga has proved that she is still hugely capable of building worlds and subverting expectations. For the Little Monsters, the reappraisal of ‘Artpop’s place in her history is a way to get justice for their idol, adjusting the score on her report card.

Claud has been a Little Monster since 2013 and a committed ‘Artpop’ fan since day one: “There’s not a day that I don’t play that album!” Joining forces with eight other ‘Artpop Ambassadors’, she’s been working hard to inspire other fans to put the record back into the charts, sharing stories about its influence and importance.

“All of us being Little Monsters, we understood the events and trauma that Gaga and her team suffered from during the release of this album back in 2013 – they poured their hearts and souls into putting this album out into the universe for us & it was too ahead of its time,“ she says. “We thought this was the perfect time to get justice and show our love and support for the album and let the rest of the world know.”

“She really does means the world to me: she does everything for her fans and wants nothing but equality & the world to be a kinder place. This is a community where we all feel heard, safe and share our love for music, and I think this petition has brought us closer – not only to other Little Monsters but also between ourselves and Mother Monster.”

One hopes that Gaga fans will one day get their fabled sequel. For Tim, a return to the ‘Telephone’ soap opera of ‘The Fame Monster’ would be hugely welcome for ‘Artpop Act II’, whereas Claud and Otis would love to see the return of some of the rarities that were teased in 2013 – ‘Tea’, ‘PartyNauseous’, ‘Princess Die’ and more. Even in their enthusiasm, all fans have Gaga’s health and happiness front and centre in their minds.

“I do hope she’s in a good place to revisit those songs – given what we know about it being a pretty tough time in her life, I think it would be understandable if we don’t ever see one altogether,” says Otis. “But the stan in me would love a deep cut of all the outtakes from the first time around. Gaga is even bigger now than she was back then, so it’ll give people a chance to go back and access something a little different.”

Claud is similarly optimistic. “DJWS (Artpop’s producer) has confirmed that he has been back into contact with Gaga & they are planning to meet up to discuss the possibility of a volume II when she returns from Italy from the set of the House Of Gucci, she says. “Always expect the unexpected when it comes to Gaga, but if she does decide to release a sequel, I hope we could get some of the unreleased tracks that were created back in 2013. We’ve all been hoping to possibly get our paws on them one day!” With fans this fierce, there can never be such thing as a flop – ‘Artpop’s rein may have taken a little while to come through, but Mother Monster has come out paws up.