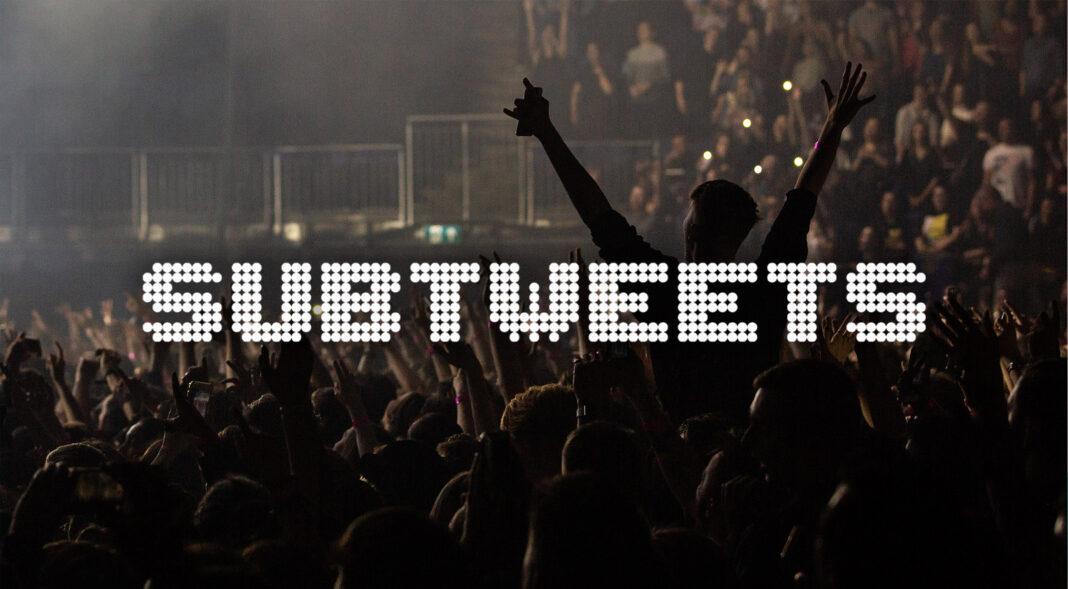 I don’t know about you, but there are very few rushes like refreshing your Internet browser at 9 am on the dot, knowing that the spinning wheel of doom and a few hastily entered bank details stand between you and the potential best night of your life. Will it sell out? Who will the support act be? What are you going to wear? Is this going to be the night that you finally hear ‘that’ song live? For most fans, there is truly no feeling quite like being in the room where the music happens.

Throughout the pandemic, the music industry has pulled together and grafted impossibly hard to replicate the live music experience and keep it going, from livestreams to socially distanced events right up to test pilot festivals. Governmental Support (or lack thereof) hasn’t always made this easy – guidance has been vague and highly changeable, and in the situation of many larger events, delivered far too late in the game for them to effectively react. There have been criticisms and concerns and cancellations and call-outs, with the overriding feeling that arts and culture have been a significant afterthought in the evaluation of supported rehabilitation.

But on July 19, all bets are off; venues will be allowed to reopen their doors as ‘normal’, festivals will be given the green light to go ahead, and live musical life can begin tracking back to some semblance of how it was in early 2020. It’s a welcome feeling, but also one that is tinged with questions — what is this new era going to look like, will it actually be ‘safe’, and what can we do to make sure it’s as enjoyable and accessible as it could possibly be?

Though Freedom Day has been named as such, the pandemic is far from over. As societal shrugs towards those who are shielding or clinically vulnerable have taught us, “freedom” is often navigated through a certain lens, excluding those who might not fit the majority concern. There is some serious widespread societal reform to be had when we think about how we view certain groups of people as expendable or superfluous to “the norm”, but in returning to live music after such a long break, now seems to be as good a time as any to remember that on top of the ongoing COVID concern, there were and are plenty of aspects of gigging that weren’t as inclusive, accessible or welcoming as they needed to be. I might be desperate to feel the thrill of the lights going down or that bassy reverb in my chest, but I’m less desperate to return to groping hands, diversity-lacking line-ups and venues that my wheelchair-using friends can’t even enter. Add anxiety (COVID or otherwise) on top of this, and it really rams home just how much we rely on clear communication from our venues in order to enjoy our night. At the risk of piling more pressures on an industry that has already had an impossibly hard time, I truly believe that now more than ever, we need to find ways to make this change.

With the best part of a year to both recalibrate and re-emphasise their efforts, there are plenty of organisations out there dedicating themselves to making sure that our ‘new normal’ is a better one, and not just a return to the behaviours and attitudes that had become so normalised at concerts of pre-pandemic past. Girls Against are one of them; a grassroots organisation of fans who came together to provide educational resources that help to combat sexual assault and misconduct that occurs at live music events, they’re currently working on new ideas and initiatives for their 2021 festival campaigns, actively seeking feedback from music fans. Decolonise Fest would be another – a live event that creates safe spaces and fundraisers for punx of colour, regrouping for a big 2022 return.

Perhaps most pressing of all in the pandemic context is Attitude Is Everything, an organisation founded in 2000 to improve deaf, disabled and neurodivergent people’s access to live music. Ahead of July 19, they have been working hard to provide awareness materials and training opportunities to venues, with the hashtag #BuildingBackForAll. Under their suggestions, even actions as small as properly communicating set times and providing online photos of access options can make a huge difference for those who feel anxious or unsure as to whether an event will be open to them.

Even when the threat of physical discomfort or inaccessibility isn’t at play, there is also the small matter of getting a ticket to a show at all. Touting has long been a blight on the events industry, but as gigs return – many at reduced capacities – some fans are finding that their reluctance or financial inability to commit to an early purchase amongst all the COVID doubt is coming back to bite them, preyed on by those who take advantage of our desperation to get back to having a good time.

Katie O’Leary is Campaign Lead at the Face-value European Alliance For Ticketing (FEAT), who lobby to ensure better regulation of ticket reselling processes. Though the pandemic may have halted most live music, the FEAT team have been working harder than ever to crack down on unfair ticketing practices.

“With an increased demand for tickets and social distancing measures still in place, it’s likely that fans will find it even harder than before to secure tickets to their favourite events at the price intended,” says Katie. “We’ve put a lot of work in over the last year; our campaign for tougher laws will soon come to a head, we also launched a guide for industry on how to protect their inventory by implementing personalised tickets, and we issued guidance for fans on how to avoid touted tickets.”

“Venues are often hired out to promoters who actually put the gig on, but whoever is running the show should support and adopt fair ticket resale practices. This could involve anything from letting fans know how they can buy tickets from official sellers to working with ethical resale sites like Twickets or primary ticketing sites that facilitate face-value resale. Touts are a scourge on the live business and we’ll all be better off when resale for profit is banned and ethical ticketing practices are the norm.”

Venues have gone through so much in the last 18 months, and with even the best intent in the world, none of these changes will happen overnight. But while charities and organisations alike give them the space and support that they need to rebuild a better future, there are still so many things that bands and fans can do to help support a positive change. Encourage your venues to be clear about accessibility and ticketing guidance, timings and layouts, and lobby where possible for the inclusion of gender-neutral toilets and closed-captioning that doesn’t make people feel like an afterthought or inconvenience. Show up in time for the support act and amplify your enjoyment of smaller local acts, particularly those that are under-represented in their genre spaces. Get involved with any of the organisations mentioned in this piece, and get behind bands who take the time and effort to implement these strategies into their touring approach. If you can’t attend a show, resist the urge to sell it at inflated prices, but go through the proper ticketing channels to ensure it gets to a fair fan.

Come June 19, the easiest change of all is the one we can make inside ourselves. We all deserve some much-awaited fun, but nobody’s enjoyment needs to come at the expense of somebody else’s. Save your shoving for the moshpit folk who actively want to be involved, film your Instagram story with the consideration for other people’s visibility, try not to slop your pint down the back of other people’s necks. For the love of God, take those regular COVID tests and stay home if you feel unwell. We’ve all longed for gigs to come back – why can’t now be an opportunity to create an environment that was really worth the wait?