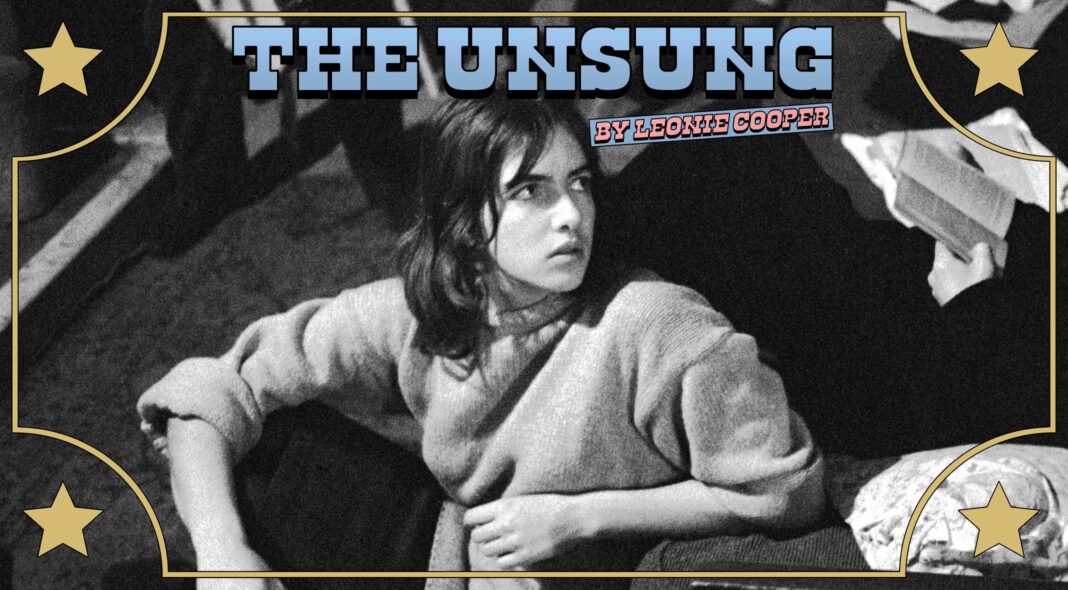 It is notable that the forthcoming memoir by Richard Thompson – founder member of Fairport Convention and wearer of excellently natty hats – is named in honour of ‘Beeswing’, his tender ballad inspired not by his own life, but by that of uncompromising folk singer Anne Briggs. “There was a thing in the 60s where people dropped out to live in the country and get their heads together,” Richard told Record Collector. “People like Vashti Bunyan and Annie Briggs: these wild, free-spirited women. They were quite inspirational.” It was through Richard’s Fairport Convention bandmate Sandy Denny’s incredible tales of Anne that made Richard fall in love with the idea of her; the unassailable star of her own story who could drink anyone under the table and belt out a traditional ballad with a fearsome commitment.

Born in Nottinghamshire and raised by her aunt and uncle, in her teens Anne Briggs hitchhiked to Edinburgh and fell in with the city’s trad folk crowd, meeting Burt Jansch, who was year older than her, but had already started to write his own material. In return Anne would introduce the guitarist to classic folk songs. Jansch was instantly impressed by the 15-year-old. “She sang in an Irish idiom, which was unusual for an English girl, and she would improvise like a jazz singer,” he said. “It’s fantastic to be able to hold someone’s interest singing 30 verses unaccompanied, but she could do it.”

A couple of years later Anne would catch the ear of the father of 1960s Brit folk, Ewan MacColl, who took her on tour. She became a regular in the top room folk music pub circuit of the 1960s and found herself living in an Earls Court squat with Jansch, who decades later would praise her approach to folk music as being punk in spirit.

But as the song ‘Beeswing’ reveals, Anne was impossible to pin down to one place for long. She’d spend long stints in Ireland with her lover, the singer Johnny Moynihan, and the pair busked and travelled across the country in a horse and cart and beat-up VW van. Tales of drugs and drinking and throwing herself off cliffs for a laugh followed – as did the occasional vocal spot on somebody else’s record – but by the late 1960s she had come precariously close to settling down, living alone in a caravan in Suffolk and working on a rhubarb farm.

With a proper base came the chance to write some material of her own, and in 1971 she released two albums, starting with the self-titled ‘Anne Briggs’, made up of traditional Irish ballads and a capella renditions. But it was with ‘The Time Has Come’ that she showed how much of an original she really was, incorporating her own compositions and guitar playing alongside those instantly recognisable vocals. A gorgeous, plaintive thing filled with warm, fireside reverb, it’s one of 1970s folk music’s understated masterpieces, Anne’s voice drifting from soft and crystal clear to strident and almost boastful, bounding over finger-picked guitar and, why not, the occasional bouzouki number.

“The songs are very evocative of my life at that point, when I was holed up in that caravan on a Suffolk heath, just me and my dog and occasional friends who would come,” said Anne later of her fiercely independent way of doing things.

Another album was recorded a few years later, but never released, and with that Anne was off again, moving to a far flung Scottish village to raise a family with her forestry worker husband, leaving music behind. Yet she remained committed to a different way of doing things; a rare 2007 interview with The Guardian saw her singing the praises of eating roadkill badger.

‘Beeswing’ by Richard Thompson is out April 6.

Hear the influence of Anne Briggs in the work of:

This Is The Kit

The Unsung – Annie Anxiety: wonderfully unpredictable since the 70s