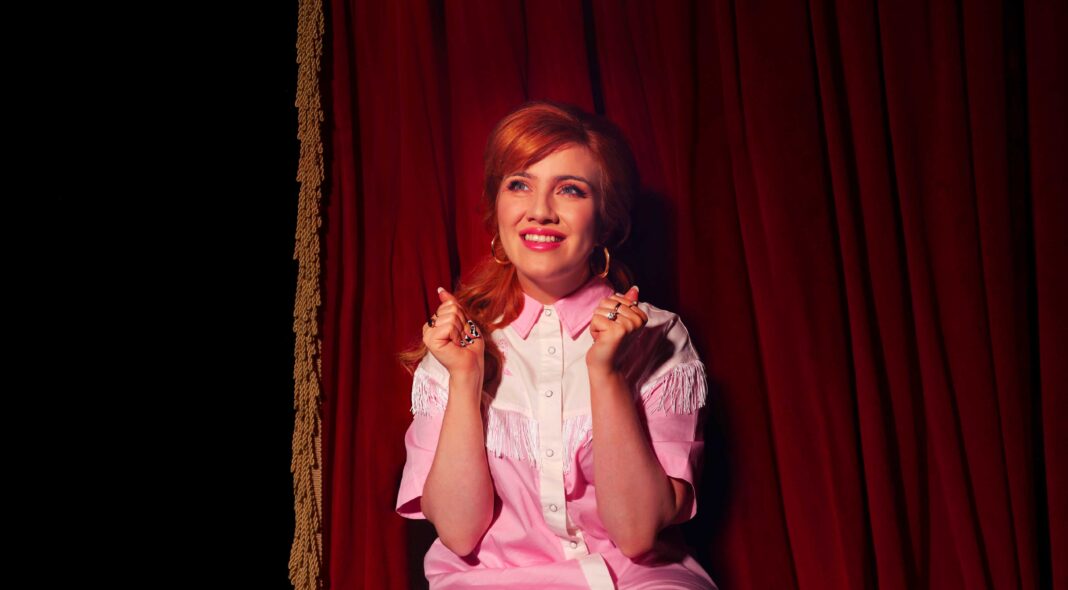 Usually by this point in the year you’re ready to ram Noddy Holder up the chimney, stuff Michael Bublé with giblets and throttle Mariah with the mistletoe. It’s not that most of us mind a bit of Christmas nostalgia or even a liberal dosing of schmaltz – hell, who hasn’t enjoyed a drunken singalong to Wham’s ‘Last Christmas’, or pa-rum-pum-pum-pummed along with Bowie and Bing – it’s just sometimes a little variety is a good thing. Given Christmas this year is getting a bit of a remix, so should your playlist. We’ve put together our own alternative list of festive tracks to match the mood of this strange December 25.

A Hyperpop bop from Dylan Brady and Laura Les. We always suspected Santa was a bit of a prick.

The Killers – ‘Don’t Shoot Me Santa’

A grubby ginger Santa, a Brandon glove puppet and some spectacular Christmas jumpers makes this one of many seasonal treats out of The Killers nativity stable. Top of Santa’s nice list the band put out original fundraising singles for AIDS charity Product Red every year between 2006 and 2016. The full collection was subsequently released as the Christmas album ‘Don’t Waste Your  Wishes’.

A bit of Hanukkah ‘robot funk’ to put you in the festive spirit.

Phoebe Bridges isn’t a big fan of a Christmas hit. “It’s not that often that I hear a Christmas song that doesn’t make me want to quit music.” But then there are exceptions to every Yule and even our Phoebes became a convert to carolling when when she first heard McCarthy Trenching’s Christmas Song.

“I mean your ass is huge, lose weight, for real dude/ All the cookies and milk, simply quite sick/ I mean, when’s the last time you seen your dick?”

“All knew he hunted men / And didn’t want mice”

Iceland’s most eccentric daughter gives her rendition of a chilling folk tale about a ferocious feline waiting to gobble up anyone who doesn’t get new clothes for Christmas. Christmas jumpers it is then.

Title aside there’s nothing Christmassy about this bleak song cataloging some of the horrors of the Vietnam War.

The Polyphonic Spree – ‘Happy Christmas (War Is Over)’

John Lennon’s classic was itself an anti-Vietnam protest song. While you can’t beat the original,  there is something especially gleeful about The Polyphonic Spree’s tiny desk concert cover. It’s a bit like that old game ‘how many people can you get in a phone box’.

Kurtis Blow described his style of music as ‘between Chic, progressive disco funk and James Brown, so it’s small wonder that raps first Christmas record from 1979 remains a festive favourite, guaranteed to get the oldies on the dance floor after one egg nog too many.

This one should come with a parental advisory warning.

This dark Christmas classic tells the story of Millie who offs her abusive father while he’s working as a department store Santa.

Nothing says the spirit of Christmas more than having to spend it with someone you don’t like, and CMAT and Junior Brother do a stunning job of capturing that sentiment.

The Vandals – ‘Hang Myself From The Tree’

“I’ve got no girl there’s only me/ No friends or family, another Christmas alone”

A bleak reminder that Christmas can be a tough time for many.

A bit like Noddy Holder’s “It’s Christmaaaasss”, some songs seep into the national consciousness. And while Christmas in Queens might not have the same resonance this side of the pond, Stateside it has become synonymous with the holidays.“At this time of year, I can’t walk five steps at the mall without someone shouting the lyrics to ‘Christmas in Hollis’ at me,” says DMC

“Where the hustlers dash through the snow without a sleigh”

Twenty-three years after Run-DMC released ‘Christmas In Hollis’  Yeezy takes a sentimental trip to another NYC borough and with rhymes like “Macy Day Parade with aviator shades” what’s not to like.

The Fall – ‘No Xmas for John Quays’

“No X-Mas for John Quays”

For someone as curmudgeonly as Mark E Smith, you’d have thought Christmas would be about as welcome as an under cooked Brussels sprout, but the late Fall frontman, while not exactly brimming over with the milk of human kindness, did once say. “Christmas You can’t knock it, can you?”

What starts with a morse code beat over a dial up modem becomes overlaid with an ethereal Jackie Wilson refrain, sung in a round and put to a suitably atmospheric video. Positive chills for the season of good will.

Fall Out Boy – ‘Yule Shoot Your Eye Out’

The sort of toxic break up rant that makes you glad you’re single.

Kate Nash – ‘I Hate You This Christmas’

Let’s hope she takes her scissors to his Christmas baubles.

Love, loneliness and a case of the holiday blues from the kings of geek rock.

“‘Cause Santa doesn’t cop out on dope/ Has he ever even tried it? Well, y’know/ The answer’s no“

It’s good to know that whatever else changes Santa remains as white as the driven snow.

Kurt Cobain was a huge fan of this Japanese alt rock all female band who were the opening act on their 1991 UK tour. When he first saw them live he said he “was transformed into a hysterical nine-year-old girl at a Beatles concert.”

“Getting groovy after Halloween/ mid-November, got back on the scene“

The Futureheads – ‘Christmas Was Better In The ‘80s’

That’s global warming for ya. Wait until 2050 and Santa will be rocking sunnies and Bermuda shorts.

“There’s no angels or wise men, and certainly no virgins.”

Coming out of the New York No Wave movement of the 1970s avant garde jazz saxophonist James White’s festive offering has been described as a “droll, blasphemous, nearly tuneless piece of skronk”.  We on the other hand think he and the devil throw one helluva a party.

I’d be pissed if I were Jimmy.

“Slashed wrists this Christmas/ Blood streams down your fingertips”

Released on an EP titled ‘An Atheist Christmas’ this less than cheery track is about a failed suicide bid and acts as a reminder that Christmas cheer is not ubiquitous.

Flaming Lips – ‘Christmas At the Zoo’

“There wasn’t any snow on Christmas eve and I knew what I/ Should do, I thought I’d free the animals all locked up at the zoo”

“December will be magic again/ Take a husky to the ice/ While Bing Crosby sings White Christmas. He makes you feel nice.”

Kate Bush’s atmospheric winter warbling definitely conjures up a wintry chill and later became a perfect fit for the soundtrack of Tim Burton’s A Nightmare Before Christmas.

The Damned – ‘There Ain’t No Sanity Clause’

“Here comes uncle Nick/ Let’s give him some stick”

Bold lyrics kick off this angry assault on religious hypocrisy in what was the band’s first single.

A fine sentiment on which to finish.

Listen to all the songs on our playlist, below.