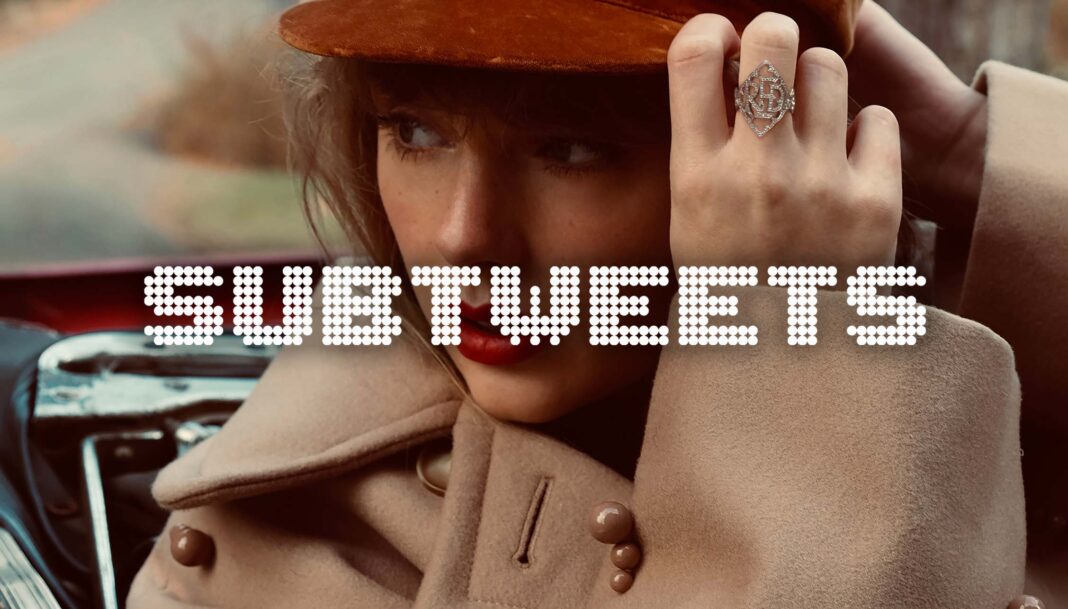 Taylor Swift is an artist who has always known vengeance. Sometimes it lingers playfully at the fringes; other times it bursts forth, spilling out in messy emotions that place us right back in heart of her storm. It’s an uncanny talent, and one that has served her well over the years, working symbiotically with her ascent to a position as of the world’s most talked-about celebrities.

‘All Too Well’ is one of those special songs. Many Swifties will argue that it as her best-ever work, emblematic of all her deftest skills; brutal one-liners, heart-tugging metaphor, instrumentation that swells to epic crescendo; “you call me up again just to break me like a promise/So casually cruel in the name of being honest”.

With more easter eggs than the proverbial bunny, it is widely understood that the song depicts her relationship with Jake Gyllenhaal, in which the actor – purpotedly – made himself less than emotionally available. When Swift announced that ‘Red’ was to be the next album in her re-recording project, it was ‘All Too Well’ that fans were giddiest about, not least because of the promise that in a long-fabled ten-minute version of the song, Swift would deliver more insight into exactly what went wrong.

Glorious over-achiever that she is, Swift didn’t mess around. That ten-minute version was premiered as a short film featuring Dylan O’Brien and Sadie Sink, racking up over 39 million views in its first week. As is now customary for Swift, an abundance of new merchandise captured the moment – a notebook, a packet of tissues (for crying) and of course, the now-legendary scarf, unreturned by Jake even now, or so the story goes. She thankfully stopped short of selling the crumpled-up piece of paper, but ten years on from the original release, early figures suggest that she has turned the new iteration of ‘All Too Well’s three-month relationship turmoil into the most lucrative release of her career.

So far so vindicating, but herein lies the issue. Whether it’s the “dirty dirty cheats of the world” or the “clowns to the west”, Taylor Swift is often intent on having the last laugh. It’s what we love about her, the reasons why we feel so invested in her life and times. But when she takes it too far, it is often to the detriment of her own creativity – the snarkiness of ‘Bad Blood’, the ill-fitting bad girl guise of ‘Reputation’, lyrical barbs that aren’t as subtle as she thinks they might be. The ten-minute version of ‘All Too Well’ does deliver new context, but it sometimes jars; lines that don’t seem to match up with the time period (were we really saying “Fuck the patriarchy” in 2012?), pithy jabs that — although relevant — feel a bit on-the-nose (“And I was never good at telling jokes, but the punch line goes/ “I’ll get older, but your lovers stay my age”). By offering so much more, a song that initially sparkled with widespread relatability becomes a little too pointed, risking its poignancy in a bid to score fresh points.

The nudge-and-wink of it all also becomes interesting in a 2021 context, particularly with relation to how fanbases have changed over the last decade. Swift is an artist who has shown time and time again how intricately she understands her audience, and yet she often seems satisfied to sit back and watch the flames of her kindling roar when it comes to somebody she doesn’t feel positively about – Kayne, Katy Perry, John Mayer, Jake. She doesn’t always explicitly name her songwriting inspirations, but she knows that we know, and we know that she knows that we know, sharpening our pitchforks in her name. She may not inherently instruct her fans to go to war for her, but the implication is always there.

Of course, the problem here isn’t entirely Swift’s fault. ‘All Too Well (Taylor’s Version)’ and ‘All Too Well (Ten Minute Version)’ and ‘All Too Well (The Short Film)’ and ‘All Too Well (Sad Girl Autumn Version)’ might feel like fair-game creativity at her end, a chance to make hay while the heartbreak-sun doth shine. But once these songs are in the hands of fans they grow teeth, a reason to obsess and tweet and shame and message-bomb her enemies with demands for explanation. It’s difficult to believe that Swift couldn’t have foreseen this, and it’s interesting to wonder how much she cares. Scarf-based memes and jokes are one thing, but death threats? ‘All Too Well’ doesn’t exactly paint Gyllenhaal as a great guy, but as someone who has repeatedly indicated his desire to be excluded from this narrative, does he deserve this all to raked up quite so extensively ten years after the fact? How might this situation play out the other way around? When even eBay is basing marketing posts around this very public roast, it feels as if we might have lost our collective heads.

After #MeToo, we are rightfully appraising male behaviours and applying consequences, demonstrating where misogyny and gaslighting and abuse are simply unacceptable. However, fans need to remain mindful that lyrical storytelling isn’t always akin to criminal guilt. As of yet and as far as we know, Swift has not contextualised Gyllenhaal’s behaviour as abuse, but some fan reactions to ‘Red’ have placed him in categories that stack up with some of the worst figures in entertainment. What responsibility does a songwriter have – if any – when an audience reacts with deeper fury than they might have intended? It seems like a ridiculous question; if everyone worried about this, we’d have been deprived of the brilliant of some of history’s most incredible songs. But when that celebrity angle of relationship gossip is so palpable, is there a deeper reputational cost? Is the problem the song, or is it the stans? Whether we’re using ‘Red (Taylors Version)’ to heal from our own heartbreak or simply taking a walk down memory lane, it feels important to remember that ‘All Too Well’s strength is the opportunity to heal our own old wounds rather than pick at other people’s.

Given that Taylor Swift does have history of finding peace with an ex (Joe Jonas, seemingly reconciled on Folklore’s ‘Invisible String’), it is distinctly possible that all of this will blow over with time, the way most music discourse does. It is also deeply problematic to accuse a woman – any woman – of being too much, particularly at a time where she is trusting the listener with the disclosure of her pain. That is not what this column seeks to do; this is not a directive to tell Taylor Swift how to visualise her own songs, or to suggest that as a piece of music, ‘All Too Well’ is anything less than a perfect example of lyrical self-healing. It is not an attempt to dampen women’s disclosure of very real trauma, or to suggest that artists shouldn’t find ways to connect emotionally with their fans. But what it potentially asks, from a fan perspective, is whether the end-game of Taylor Swift’s reclamation of ‘Red’ is really to tether it so acutely to bullying a man that (presumably, given her current romantic happiness) no longer takes up room in Taylor Swift’s headspace. To focus all our energies on Gyllenhaal is to ignore so much else of what ‘Red’ has to offer – the Americana giddiness of ‘State of Grace’, the sweetness of ‘Everything Has Changed’, the instant millennial time capsule of ’22’. In the ten years that have elapsed since its initial release, haven’t we all learnt better than to constantly reinforce Swift’s talent through the prism of tabloid gossip? Hasn’t she?

Subtweets is a weekly column that tackles the biggest music debates on the web.