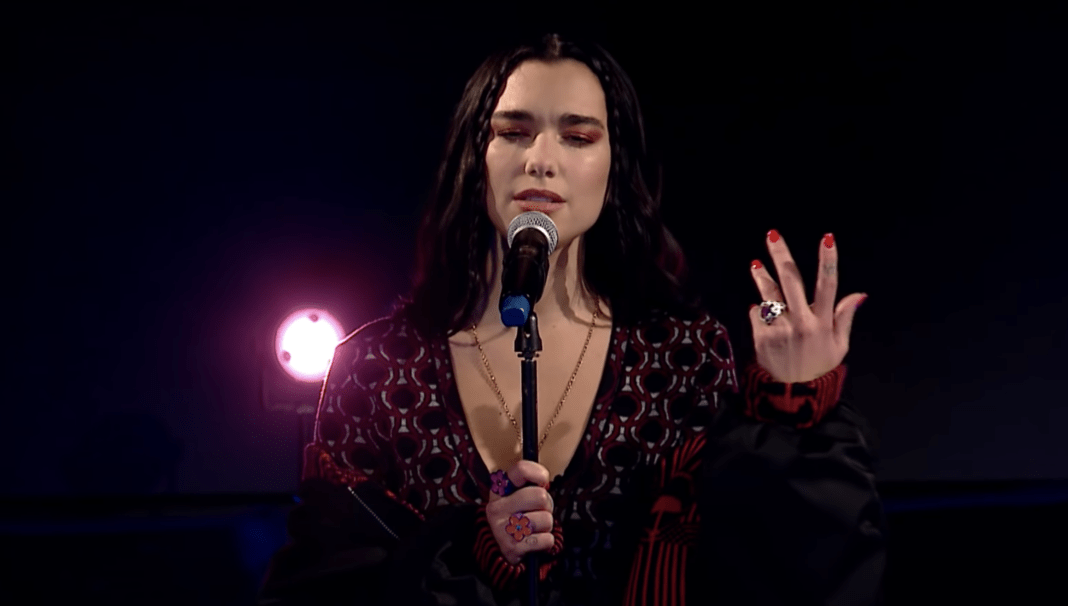 Dua Lipa has performed a stunning cover of Arlo Parks’ song ‘Eugene’ in the Radio 1 Live Lounge. British singer-songwriter and poet, Arlo Parks, released this song as an early single from their debut LP ‘Collapsed in Sunbeams’, which peaked at number three in the UK albums chart this year.

Performing the cover during her BBC Radio 1 Live Lounge performance, Dua Lipa’s vocals are soothing and stripped back. Reacting to the cover, Parks tweeted, “IM ABSOLUTELY FLOORED! Dua, I literally felt like I was levitating listening to you covering Eugene.”

Check out Dua’s rendition of ‘Eugene’ below:

Dua Lipa’s performance comes fresh off the win of Best Pop Vocal Album at the 2021 Grammys for her second LP ‘Future Nostalgia’. It’s also been announced that she will be performing at the upcoming BRIT Awards on May 11 where she has been shortlisted for three prizes – Female Solo Artist, British Single with Mastercard for her hit ‘Physical’ and Mastercard Album.

Brighton Pride cancelled for second year in a row