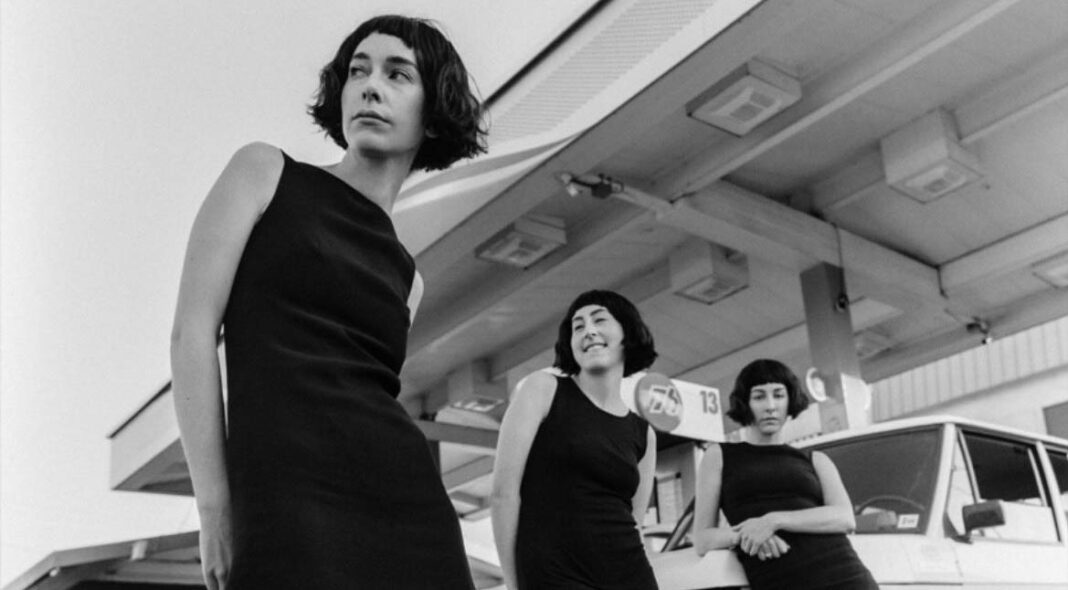 Never doubt the Swifties. After weeks of wild internet speculation over whether Taylor Swift would feature on a new Haim remix, ‘Gasoline’ has dropped featuring that certain someone. This marks the second collaboration between the two artists: last year, the Haim sisters featured on Taylor’s surprise album ‘evermore’ with the track, ‘no body, no crime’.

Listen to the remix of ‘Gasoline’ ft. Taylor Swift below.

Haim were keen to stoke the fires of speculation from the off. On February 15, the sisters tweeted a photo of them with French bob hairstyles, lounging at a gas station with the caption: ‘One gasoline pump’.

Fans were quick to spot the number 13 on the petrol pump – famously Taylor Swift’s favourite number and something she weaves throughout much of her music. Haim soon tweeted a second image, which seems to include a coded release date – T760218 – written on the roof of the gas station. Following the theme of the number 13 being Taylor’s favourite number, fans believe it breaks down as TS = Taylor Swift, 76, (7+6=13), 02/18 – the American date format for 18 February.

On February 16, fans noticed that the single had been registered on ASCAP – the American Society of Composers, Authors and Publishers – seemingly confirming the rumours. Still, nothing official from either camp, just yet.

Rumours had been brewing of a Taylor Swift remix for some time. The trio finally collaborated with long-term friend, Swift on country-tinged, ‘evermore‘ song ‘no body, no crime’.

Of the song, The Forty-Five’s Emma Holbrook said: “a charming, campy ode to the Chicks and ‘Goodbye Earl’ – you can see the bait and switch coming from a country mile away but it doesn’t make the journey any less satisfying. Swift centres Este Haim as the song’s protagonist (to indulge her now-elaborate habit of namedropping friends in songs as the socially-distanced version of ‘please welcome to the stage’ from the ‘1989’ tour) and Danielle makes a blink-and-you’ll-miss-it appearance – “she was with me, dude!”.

And it’s fair to say, fans are excited.

Back in July, we described ‘Gasoline’ as “a slow-sway which perfectly applies to the sensation of being so deep in the sunken place that you no longer know what you want or need – “I get sad/and I can’t look past what I’m sad about”…”You say you wanna go slow but I wanna go faster”.“