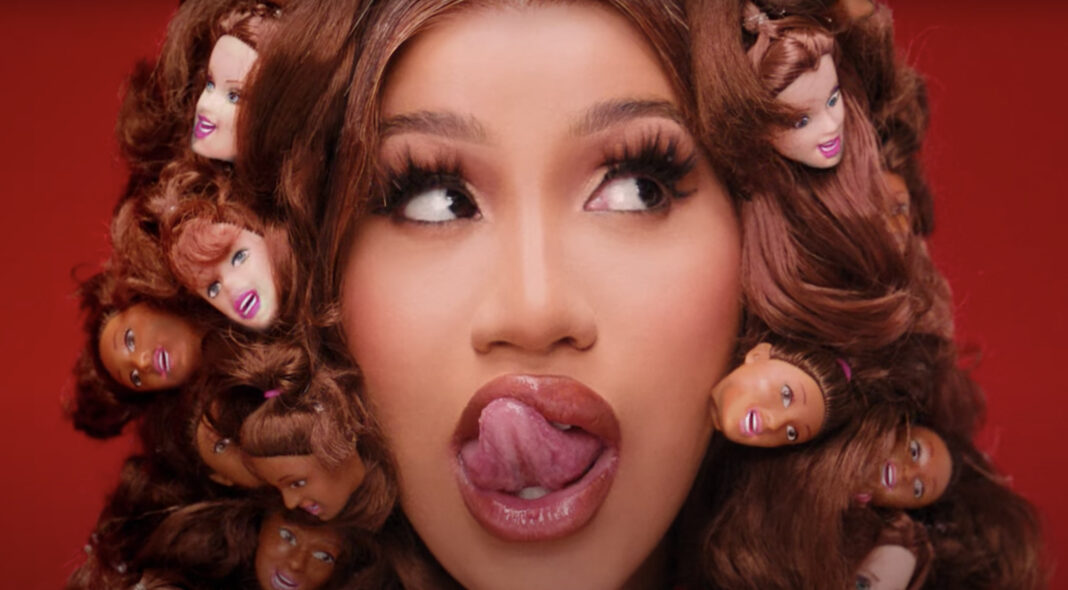 Cardi B’s latest single ‘Up’ has arrived with a fresh new video, which has already racked up close to three million views on YouTube.

The new single is Cardi B’s follow-up to her raunchy hit with Megan Thee Stallion, ‘WAP’. which became the first number one single on the inaugural Billboard Global 200, topping the chart for three weeks.

Drawing inspiration from the Chicago drill scene, Cardi told Zane Lowe from Apple music that she wanted to make a song that was like her first mixtape. She said, “If it’s up, then it’s stuck, and that’s where I wanted to take it with this record.” Quoting the central phrase of the chorus, she refers to having unsettled beef with someone.

Cardi has also said she plans to put out an album later this year and has “like 50 songs” recorded. She explains that her recent experience on social media, both positive and negative, have influenced her songwriting and have been documented in her upcoming album.

Following the incredible success of her previous releases, fans are hotly anticipating the new album. Cardi says, “I just feel like I’m just not satisfied anymore, because it’s like the expectations be so high […] I feel like I have no choice now. Now, I feel like I exceeded my limit of holding. I just need to stop with the fear.”

Brighton Pride cancelled for second year in a row