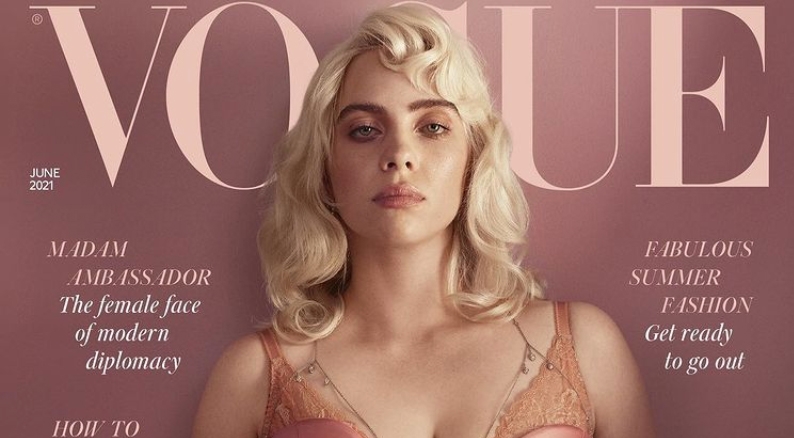 The cover – which sees Eilish in a custom Mugler corset – is the fastest photo in history to reach one million likes on Instagram.

The seven-time Grammy winner is preparing to release her second album, ‘Happier Than Ever’, due for release on July 30 2021. Previously setting the internet alight with a new blonde shag haircut, Billie’s new look marks the start of an exciting new era for the megastar.

Speaking to Laura Snapes for UK Vogue, Eilish said that her new look is about doing “whatever makes you feel good”.

She also spoke out against sexual abuse in the music industry, stating that she doesn’t “know one girl or woman who hasn’t had a weird experience, or a really bad experience”.

“And men, too – young boys are taken advantage of constantly,” she continued.

The tracklist for ‘Happier Than Ever’ was released last week and fans were excited to see it will include sixteen songs, including previously heard tracks ‘My Future’, ‘Therefore I Am’, and new single, ‘Your Power’.