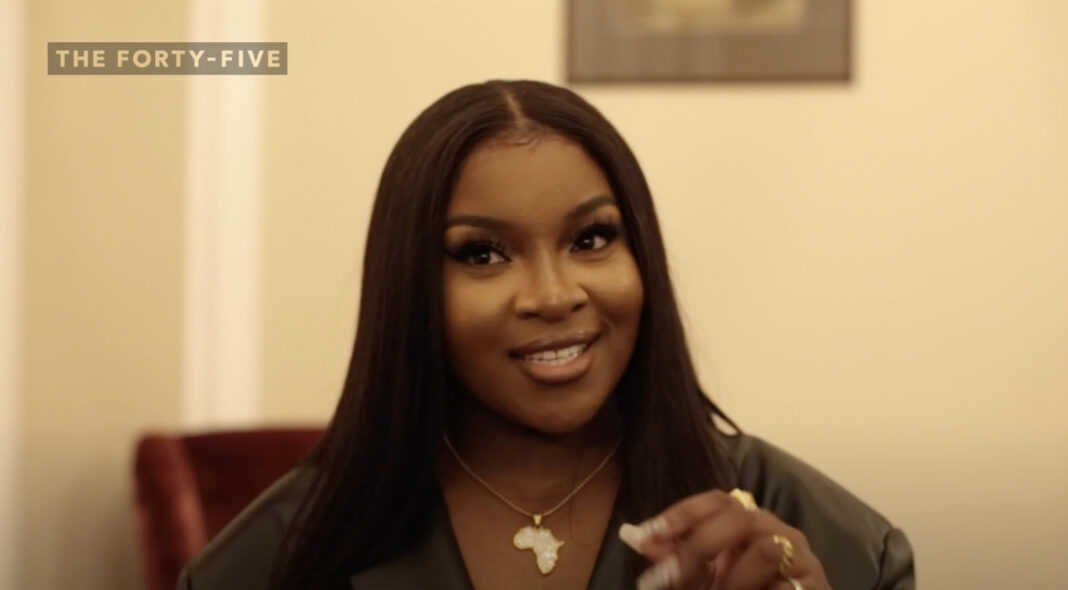 Ray BLK is back with a new sound, a fresh attitude and some exciting things to come.

We caught up after she delivered a momentous speech at Cambridge Union for Black History Month about pressure and the importance of always being true to yourself.

Ray – who recently released new single ‘Lovesick’ – gave us some teasers about what’s in store from her upcoming debut album.

“100%. Lovesick is the first little teaser to the sound of my first album. Oh my God, my debut album! I wanted this one to be the first single because I’m just kicking down the door, saying ‘This is what it is’. It’s definitely a lot more raw. It’s definitely a lot more street, like where I come from. I think people are going to be like: ‘OK, it’s a new her, but it’s still her.’ Maybe a bit of a resurgence of me from my ‘Durt’ EP. But a lit bit more flashier. We got a little bit more schmoney now!”

How involved were you in the creation of the video?

I’ve always been somebody who is integral part of the creative on all my projects. So especially for my music videos, I like to send a brief of what I want. But this one was more detailed than ever before. I had a very specific vision, of what I wanted it to be – sort of like one of the hip-hop videos you see coming from here or from America. Like there’s a money room, and it’s raining. It’s just me expressing my alter ego. I wanted to have my Sasha Fierce moment!

What teasers can you give us for the new album?

First teaser is, there’s a remix to ‘Lovesick’ with another female artist that’s super fierce, fire. The second teaser is that the next single features THE most gangster hip-hop artist in the UK. Decide for yourselves who that is!

333 Wreckords Crew: meet the collective bringing POC to the front of rock

Sarah Kinsley: “Why would people release music they’re not head over heels in love with?”