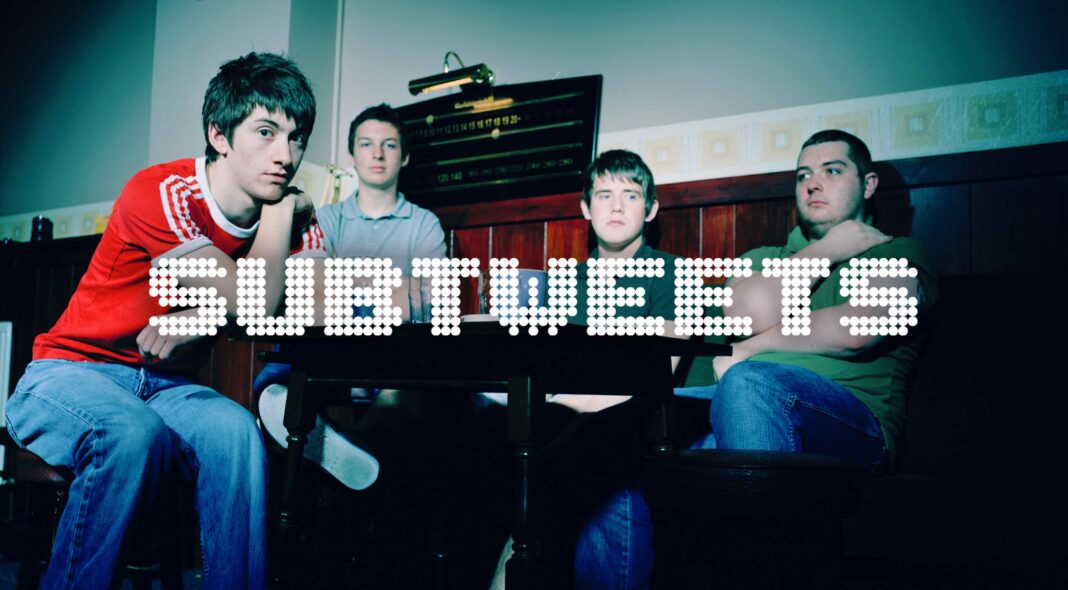 If you’re old enough to have been a music fan in the early noughties, there was likely a record that you’ll remember feverishly refreshing iTunes for. ‘Whatever People Say I Am’ or ‘Silent Shout?’, ‘Back To Black’ or ‘The Black Parade’? Taylor Swift’s debut, or Outkast’s final opus? It’s difficult to believe that such era-shaping records are turning 15 years old this year, or that they all came out inside of the same 12 months. What the heck was in the water in 2006?

I was 13 years old in 2006, the age where you start to feel restless at the edge of your parents’ car radio choices and Christmas-present ‘Now That’s What I Call Music’ compilations. I was getting bored of the sugary pop discs that filled my Funky Friends CD rack, but still young enough to be a little unsure as to where to look next. Over in the charts, guitar bands were thriving in a way that would be unheard of now – The Ordinary Boys, Hard-Fi, Razorlight. When some band called Arctic Monkeys beat my beloved McFly to number one in the singles charts in late 2005, I was furious. But then I actually heard ‘I Bet You Look Good On The Dancefloor’ for the first time, and everything changed.

The key to 2006’s changing landscape was of course, MySpace. Shoving the gatekeepers back into the hedges, it was the first internet platform to really allow bands to break through outside of the traditional trajectory of heavy industry investment, shifting the power dynamic back into the hands of the fans. Arctic Monkeys, four scruffy, nondescript teenagers from Sheffield, felt like proof that if the music was good, it would find its audience. And good they really were. A number-one single no longer looked like a lavish music video budget or choreographed dance routine – it was some indescribable ingredient X, decided by the scrobbling masses. The knock-on effects of indie’s mainstreaming threw the record label rulebook out of the window, and got a lot of people very excited about a new age of musical meritocracy.

“There was a widespread optimism at the time around the potential for the internet to assist in the discovery of untapped worlds of musical creativity.” says Ellis Jones, Sociology Lecturer and author of a new book on the subject, DIY Music And The Politics of Social Media. “It was certainly a time in which many artists achieved unlikely, rapid popularity, followed by an equally rapid decline. Gnarls Barkley’s ‘Crazy’ was the biggest song of the year despite being a collaboration between a relatively underground singer and producer, while bands like Clap Your Hands Say Yeah and Black Kids rose to fame within their genre world, supported by a music critic blogosphere in which hype travelled fast.

From a production perspective, cost of entry had gotten much lower, so young people could play around with recording without having to spend lots of money. Genres like grime thrived on illegally copied versions of music software Fruity Loops, allowing young teenagers to make their own beats using school computers. There was a lot of optimism that music production would cease being this distant, professionalised thing. Arguably this idea can still be seen now with TikTok and so on, but I’m not sure it’s been the radical shift in power dynamics that lots of people thought was just around the corner.

Of course, every teenager thinks their era of music is the best, but it is certainly true that as a kid, trying to find their adolescent lane in the noughties, you were spoilt for subcultural choice. In one year alone I ricocheted between the eyeliner and jelly wristbands of emo fandom, the knackered converse and tea dresses of indie, and even a brief foray into my first house parties with ‘SexyBack’ on the stereo, illicit Bacardi Breezer in hand. Claire’s Accessories could get you the requisite looks at pocket-money prices, and I saved up all the rest for my beloved blue iPod mini – still the proudest possession I have ever owned. Each week brought a new, seemingly genre-defining record to set the blogosphere alight: J Dilla’s ‘Donuts’, Burial’s self-titled record, Grizzly Bear’s ‘Yellow House’ and Joanna Newsome’s ‘Ys’.

With the internet allowing mainstream access to basically everything, acts that would have previously been deemed niche or sub-cultural were suddenly up for grabs, and were rising to the challenge with ambitious, high-concept work. I might have been too high and mighty at the time to appreciate the merits of High School Musical (or Paris Hilton’s ‘Stars Are Blind’), but even pop was shifting its metrics of what ‘popular’ could be. Whatever your interests, you were well fed in 2006, with an abundance of different avenues to track down.

“I was 10 that year and the defining record for me was Christina Aguilera’s ‘Back to Basics’” recalls Jasleen, a music publicist and freelance writer. “I was already a burgeoning emo kid, but I got the album for Christmas and burnt the CD so I could listen to it on my Walkman without fear of losing the original copy. Obviously, I knew who Christina was before, but that record just did something to me – it felt like a true creative exploration, and incredibly eclectic. Before the mid 00s, culture was very boxed, but with social media, the lines just started to blur. It was only natural that so much great music was going to come out as a result of everything being a glorious, delectable pick’n’mix.”

Gemma was in her twenties in 2006, and able to fully revel in the dancefloor-filling potential of the year’s biggest indie bangers. “I was managing a Quiz store in my local shopping centre and we could pretty much play whatever music we wanted, so we settled on indie as a nice meeting point between ‘edgy’ and not putting the customers off’,” she recalls. “I lived in Morgan high-waisted skinny jeans and had the typical Indie Cindy asymmetric haircut, dyed in reds & purples. Friday nights were spent at The Sugarmill in Stoke getting incredibly drunk and dancing around like idiots to ‘Chelsea Dagger’, ‘Bang Bang You’re Dead’, ‘Gold Lion’… all absolute bangers.”

If there’s one album from that year that Gemma still revisits, it’s The Kooks’ ‘Inside In/Inside Out’ – basically the epitome of the era’s chart-friendly guitar sound. “I’m still a sucker for a perfect, cute pop song and this was basically an entire album about love and relationships, the ups and downs, the happiness, the unrequited love. There were lots of nights of tears, bottles of wine and singing along to ‘Naïve’ while I mourned some unsuitable boy. None of these bands were really reinventing the wheel, but it was the soundtrack that followed you from Topshop in the day to dive bars in the evening. It was a year of catchy melodies and big choruses.”

With all this rose-tinted nostalgia to revel in, it’s easy to remember 2006 as some kind of utopian era, where everything was MSN Messenger and nothing hurt. Though I didn’t really recognise it for what it was at the time, there was a lot that wasn’t so great: the rampant misogyny and patronisation of young female fans and artists, the petty ‘authenticity’ rivalries between emo and indie, and the general delight that the paparazzi-hungry press took in elevating their darlings only to tear them back down.

Magazines, newspapers and blogs made stars of Pete Doherty and Amy Winehouse in 2006, but then feasted like vultures at the slip of their crown. Smash Hits magazine closed, lighting the match on an ever-diminishing pile of printed pop press. MySpace was magical, but it was also exhausting – the constant fear of being booted out of someone’s Top 8, staying on top of all the flimsy sub-movements (‘Best Midlands’ anyone?) and label pressure on bands to be a viral hit straight out of the gates without any real time allowed for artistic development. ‘Indie Landfill’ hadn’t yet been given its name, but the speed at which labels rushed to try and bottle organic engagement was already becoming too self-conscious, a trick difficult to turn twice.

To look around at the music scene now, 15 years on, is to feel joy at how many more women, POC and non-binary artists occupy influential space; how much better we’ve got at discussing mental health; and how many more voices and platforms there are through which to write and gather around music. But in amongst all that joy, there is still a small part of me that pines after a time where release week still meant a walk down to your local Virgin Megastore’s listening booth, or when ‘owning’ your iTunes library felt like the most rewarding activity in the world. Maybe I’m just old, pandemic-nostalgic, or a tired combination of both. But here’s to you, 2006: rough around the edges, hugely pretentious, but full of exciting, democratising hope. May we know your kind again.