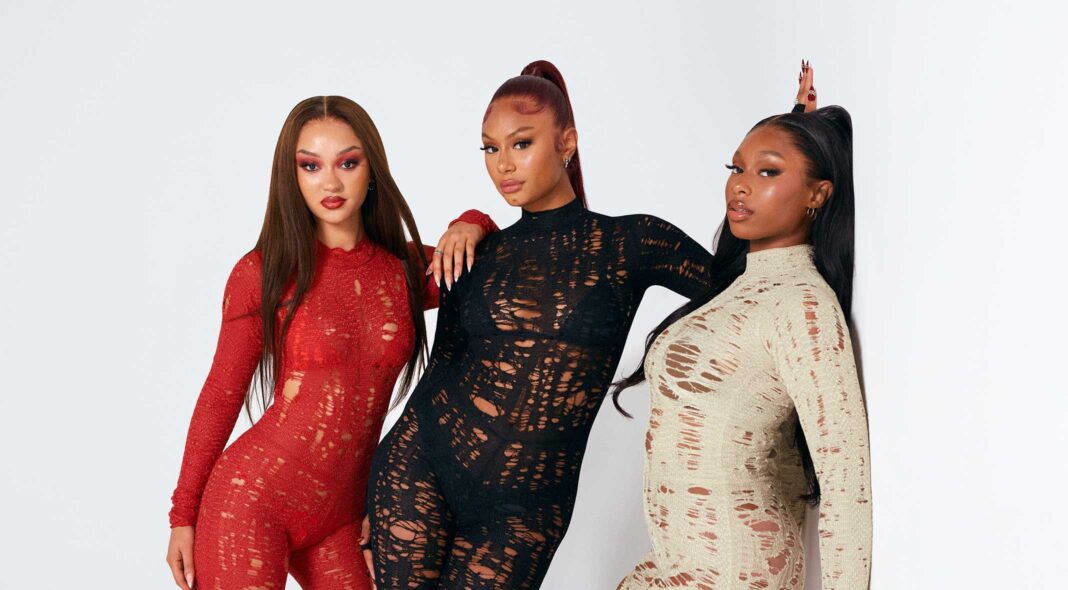 If you live in the UK, you will know that an artist winning a BRIT award is still a pretty big deal. Introduced in 2008 as the Critics’ Choice Award, the Rising Star Award has become a big focus within the music industry. Decided by an array of music editors, critics, radio producers, songwriters and bookers, it aims for a holistic sense of what is fresh and exciting. In the last five years alone, Rising Star has paved the way for the likes of Sam Fender, Holly Humberstone and Griff to do massive things. Only open to acts who have not yet had a top 20 chart album (or more than one top 20 single), it really does attempt to spot artists early, rewarding those who are already resonating with audiences.

From exploring online reaction to this year’s nominees, it seems that the shortlist voting choice may well have been nearly unanimous. Just as in 2022, 2020 and 2018, women are making what BRITs voters deem to be the most exciting new music, a real testament to the range of great talent out there. But there is a special distinction that makes this year’s hopefuls feel even more exciting; the BRITs Rising Star shortlist is not just a celebration of art made by Black women, but a celebration of R&B cultures, making a strong cultural return after several years of indie-emo dominance.

First up on the nominees’ podium was FLO, a surprise to nobody who has been keeping their eye on streaming trends. The first-ever girl group to be nominated for the Rising Star, Jorja, Renée and Stella seemingly arrived out of nowhere in 2021 as the full polished package; they could dance and turn a phenomenal popstar look, but they could also unleash some utterly delicious harmonies, the kind of synchronous tradition that — save for Little Mix — haven’t been seen on our shores for quite some time.  A genuine meritocracy with no clear frontwoman, FLO feel fit for longevity in the very clear love they have for one another, respectful of what each woman brings to the table.

Where Little Mix gravitated to poppier sounds, FLO have committed firmly to their R&B ethos, setting Gen Z up for a good time. Raised by mothers who showed them the greats of the nineties and noughties, the viral success of ‘Cardboard Box’ has earnt them a legion of fans both here and stateside, with SZA, Chloe Bailey, Victoria Monet, Missy Elliott and Kelly Rowland being just some of the R&B royalty to show them love.

And then there are the songs themselves. If ‘Cardboard Box’s brush off to a no-good boy set the tone, they’ve kept up their sense of 21st Century female empowerment with a string of singles that roll their eyes at man-babies (‘not my job’) and poor communicators (‘immature’) alike, never losing any skin off their own noses. On ‘Summertime’ though, from their debut EP ‘The Lead’, they also prove that they can do feel-good anthems, embracing the joyous possibilities of hitting the open road with your best mates. With their first-ever live shows selling out in mere minutes, 2023 is already looking huge for them, but a BRITs win would be the cherry on top of their ever-growing empire.

If friendly, heartfelt pop is more your thing, then Streatham-born Cat Burns may well fit the bill. A graduate of the BRIT school, she self-describes her music as “helping you get through shit, one song at a time”, displaying a grace and self-awareness that belies her 22 years. For a Rising Star nominee, she has already tasted great success; her 2020 single ‘Go’ (freshly recorded as a collab with Sam Smith), had a huge viral surge late last year, becoming one of the best-selling songs of 2022. She’ll also be heading out on tour with Smith in the Spring, following on from a successful run supporting Ed Sheeran this summer.

Though her work is more in the lane of pop, there is an R&B sensibility to the unfussy soul of Burns’ vocals, the way she weaves words like she’s chatting with a mate over a steaming mug of tea. Like Adele or Taylor Swift before her, she has an uncanny knack for making everything feel intimate and relatable; ‘Go’ might be the big heartbreak hit, but ‘We’re Not Kids Anymore’, a gentle acoustic ballad that explores the slow decline of a friendship will also hit home for so many. She’s intensely likeable online too; from selfies with her girlfriend to singalongs with her mum, she knows the value of letting fans in while also allowing her music to do the talking. A BRITs Rising Star award for Cat Burns would not only be a win for the LGBTQIA+ community but a sign that Black-Britishness can be soft and introverted as well as hyper-confident and sassy; not something that has always been acknowledged with female artists.

Nia Archives is another artist who knows a little something about multitudes. Holding it down for the northerners on the Rising Star shortlist, this Yorkshire-born artist was raised in gospel churches, trickling into her diasporic blend of Caribbean R&B and dance sounds. Self-taught as a teen via YouTube tutorials and a cracked copy of popular beat-making software Logic, Archives honed her own sound but has recently enrolled at a London University to learn more about music business and production, proving to young listeners that there is value in dedicating real time and attention to your craft.

While Nia Archives’ style is perhaps less chart-typical than FLO or Cat Burns, her lo-fi jungle lit up festivals this summer, and her EPs ‘Forbidden Feelingz’ and ‘Headz Gone West’ are chock-full of bangers, placing you right at the heart of a hot, bustling inner city party. Her real secret weapon is her voice; where a lot of producers and beatmakers rely on guest vocalists, Nia Archives can more than hold her own, a sweet, vowel-curling vocal that chills you out on certain tracks, but works just as well to hype up a skanking rave on others. To see an artist like her represented on the BRITs stage feels incredibly exciting; no Rising Star award nominee has ever fitted within the vibe of reggae, house, jungle or even really dance (save for AlunaGeorge’s shortlisting in 2013), so a Nia Archives win would really feel like a bold statement. She’s certainly got good award-winning precedent; earlier this month she was named BBC Introducing’s Artist Of The Year, and just this week, she secured her very first MOBO award for best electronic/dance act, proving that her time is very much now.

With the overall winner announced on December 8, we’ll get a good glimpse into the future long before the full BRITs ceremony rolls around in February. But whichever woman/women win, we can all be confident that any choice is a welcome one in terms of shepherding in a new era. We all love our indie and emo artists, but it’s more than about time that British R&B, dance and soul-inspired pop get the same amount of love. Proving that there are many different interpretations of the sound, FLO, Cat Burns and Nia Archives show that we no longer need to look to our US cousins; just like it did in the early noughties, British R&B it’s reclaiming the reigns.