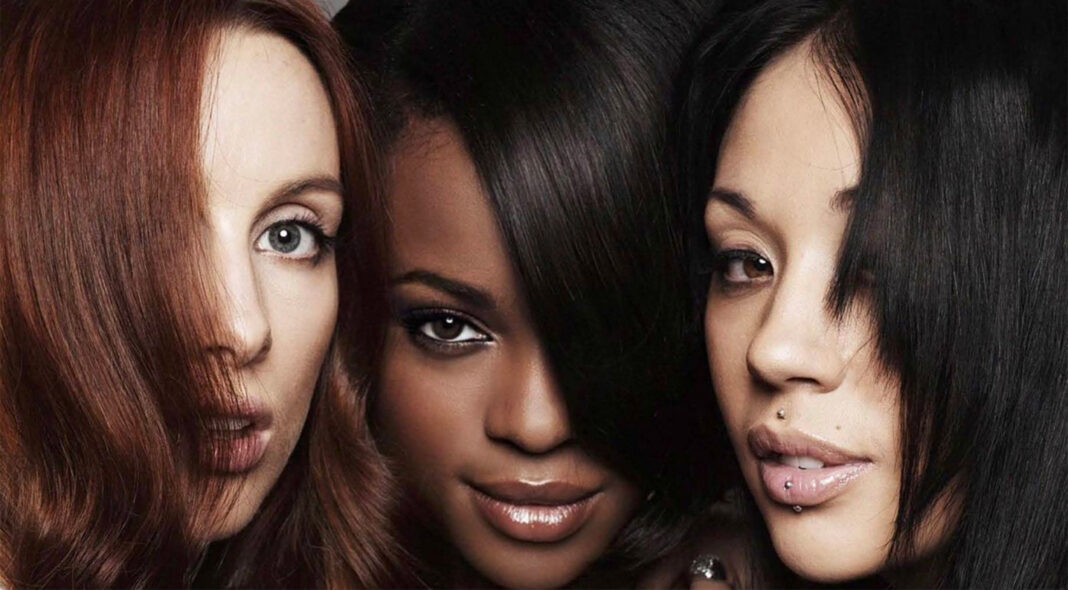 I haven’t always liked being Jenessa. The only brown girl in my primary school class, it marked me out as different; somehow more ‘exotic’ than the Sophies and Katies and Elizabeths that were popular in my suburban town. Nobody actively gave me a hard time about it, but the undertone was always there; it was difficult to spell (really?), or else people wanted to know where it was ‘from’, underwhelmed at the idea that it might have been picked out of a baby name book just the same as theirs. At that age, you’re pretty keen to fit in, and ‘Jenessa’ was not exactly a common way to do it.

I was 7, nearly 8 when Sugababes debut album, ‘One Touch’ was released. All youthful round cheeks and old-soul eyes, Mutya, Keisha and Siobhan floated into the public’s consciousness, singing songs they had written themselves about feeling insecure and vaguely intimidated by love. Mixed-ethnicity pop groups were pretty rare in the early noughties; British pop girls with “unusual” names, equally so. It would be a romantic overstatement to say that their presence in my life completely eradicated my self-doubts, but it was certainly part of it —I actively remember my lovely best friend Anna rushing to me in the playground, Top Of The Pops magazine in hand, earnestly insisting that if these girls names were suitable for pop stardom, so was mine.

And therein lies Sugababes’ early appeal – they felt obtainably real. They were cool in an understated way, styled in earthy colours and baggy streetwear that hinted at maturity without being overly sexualised (at this time, all three were in their mid-teens). You believed that they dressed like that when the cameras weren’t on, believed that they meant what they were singing. The music was pop but it wasn’t over sanitised, imbibed with RnB rhythms and the so-called ‘urban’ flavour that would go on to make stars of Craig David and Misteeq.

“I still remember so distinctly driving back from my grandparents’ house and ‘Overload’ coming on the radio when we were almost home – I sat in the car in the drive until it got to the end so I could know who was singing it,’ remembers music journalist Grace. “It was just so unlike anything I’d ever heard at that time, so immediately cool. There is not one single I don’t love and the albums are pretty much all no-skip for me too. I became a proper fan when they performed at the BRITs in 2003; to this day I still think about their hair and make up for that performance.”

The Sugababes entity would put out endless bops over the following decade (‘Freak Like Me!’ ‘Round Round!’ ‘Hole In The Head’! The iconic-irritation of the ‘Girls’ Boots advert!), but they were also dogged by incessant rumours of internal drama, and as a result, experienced a seemingly revolving door of members. For superfan Josh, the racial coding of Keisha’s supposed ‘aggressiveness’ and Mutya’s ‘attitude’ played a big part in their unravelling, with more attention paid to their tabloid headlines than the strength of the group.

“It has felt a little bit like the Sugababes had been forgotten – seemingly the ‘end’ has had a massive impact on their legacy,” he says. “Often the rumour mill would take over; it perhaps drew attention to the group and helped sales, but it outshone the quality of the music. To some extent, it would seem that with each new lineup, they would try to rewrite history and wipe other members out. But it got so messy, and I think it is clear now – probably even clear at the time – that meddling management were behind a lot of the problems.”

Such problems shrouded Sugababes legacy, but the desire to set them straight has also played a big part in their 2021 comeback. Little Mix are a similar age as me, so when they shouted out Sugababes as part of their BRITs speech last week, it was no real surprise to hear that they might have been one of their inspirations. Little Mix’s Leigh-Anne also invited Keisha onto her recent BBC Documentary “Race, Pop and Power’ in which Keisha spoke directly about the way she was pigeonholed and perceived as a dark-skinned woman of colour, barely out of her teens but frequently berated for being too strong-willed and ‘moody’. For those of us who were too young to really realise just how much misogyny and racism was at hand at the time, it helped to see both her and the group in a new light.

“Tabloid culture at the time was super toxic, and while the culture at those kinds of publications isn’t necessarily much better now, I do hope that now people have had some time to actually listen to the original members, the in-fighting rumours can be put to bed,” says publicist Mitch, a fan since childhood. “With the original lineup, it has to be remembered that these girls were 14 and 15 when they started out, which can’t be great for their mental health. I’m glad it’s all in a better place now and fans can benefit from their friendship.”

That adult healing of old wounds is presumably what has encouraged the original line-up to re-release ‘One Touch’ 20 years later, adding on new remixes and previously unheard bonus tracks. Hearing those songs again is a reminder of how just how strong they were – how magical ‘New Year’ felt as you experienced your first diary-entry heartbreak, how fresh ‘Overload’ still sounds against the chart music of today. With Little Mix’s endorsement and a new remix from MNEK, it’s exciting to think how many younger pop fans might discover their back catalogue for the very first time. Fans are nervous to get carried away with the idea of what this could all mean, but the hope of new music and shows still lingers, not least as a means of very special closure.

“I’m just happy they’re shining a light on this record – it’s felt hideously underrated over the years, but to me, it’s one of the best records that the UK has ever produced,’ says Mitch. “I would love a tour; I personally never got to see them play this record and it would mean a lot to me — and a lot of people I know — to see that.”

Josh’s dreams are slightly more ambitious. “I would love to see a Steps style show where they put everything to bed. It would be good to see all six take control of the story, rather than every article simply going on about the line-up changes. Steps new music never has references to H and Claire leaving anymore; wouldn’t it be great if they ‘owned’ it as each member, and recognised that each era brought something new?”

It’s difficult to know what the future holds, but one thing is clear; even throughout all of the memes and non-starter attempts at comebacks, Sugababes still have a fanbase that is just as strong as it was in the early noughties. In fact, they never really went away.

“I have a theory that we’ve all been so burned so many times at the idea of a comeback, that what looks like people suddenly remembering how good they are now is more like people feeling like OK, something is actually happening, we can get excited for this and not feel like clowns at the end,” says Grace. “It did get very messy; the stop-start of the ‘origibabes’ MKS project, the album that never materialised but did get leaked… I get why they were memed, but I think even the memes are an expression of appreciation for them, an in-joke between long-serving fans rather than a genuine dig at the girls.”

“Sugababes were always 100% about the songs for me, so it’s not until you’re listening to them that you remember how fucking good they are and how much you love them.” Some childhood affections you never get over; as the reunion gets underway, there’s a lot of time to make up with Mutya, Keisha and Siobhan. We can’t wait to see what this second touch might bring.