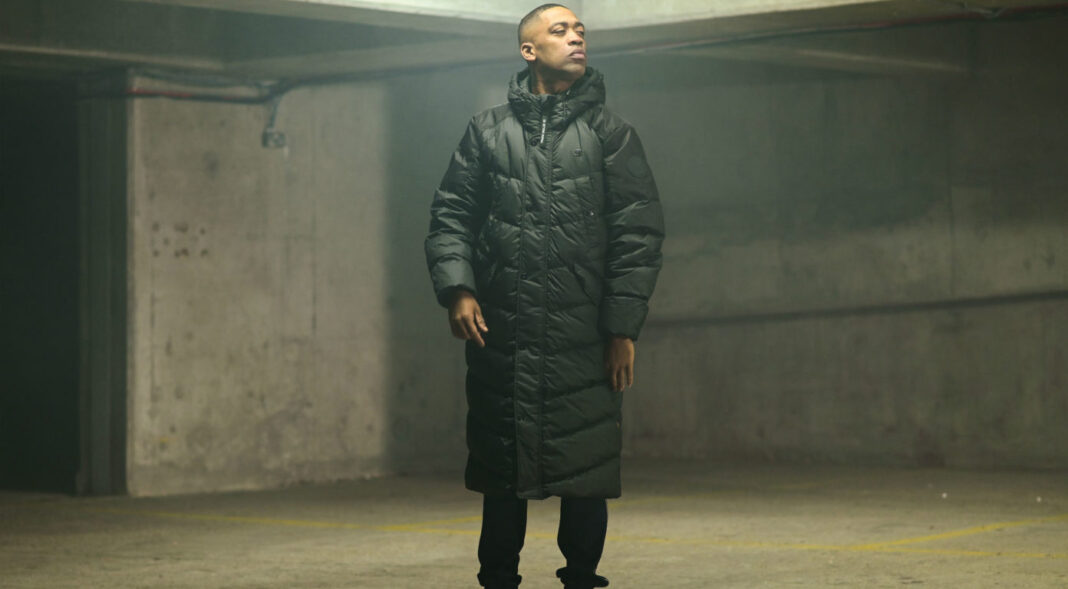 Often edgy, sometimes anarchic London has always been a hotbed for musical talent, a cultural and linguistic melting pot where musical influences and voices from around the world have blended with the city’s unique history and character in order to create something original and unmistakably London. While artists like Amy Winehouse and Adele have London in their DNA, others use the city as inspiration in their lyrics. For some, what defines them as Londoners is the street slang of the city whether that be Phil Daniels’ musings over London pigeons in Blur’s ‘Parklife’, Smiley Culture’s hilarious lesson in understanding cockney geezers, through to the distinctive modern street slang spoken in school yards from Morden to Mile End. Here we have put together our favourite tracks that best express the life of the capital, so get stuck in to the best tracks about London

“Now war is declared and battle come down”

A radio broadcast from a bleak dystopian future. Thankfully we’ve now got the Thames barrier so you don’t have to be unduly worried if you “live by the river”.

London’s calling out to a whole new generation in M.I.A’s breakout hit reflecting the vibrant multiculturalism of the capital.

“Drunk, she stumbles down by a river/ Screams calling London (London!)”

With its sampling the poem ‘The Cockney Amorist’ written and spoken by Sir John Betjeman, Jamie T’s debut single tells of London lives and the unremarked tragedy of the everyday.

“Our Father/ Who art in Hendon/ Harrow Road be Thy name”

Ian Dury’s legendary and “spectacular vernacular” on display in this priceless parody of The Lord’s Prayer.

Wiley – ‘Straight Out Of London’

Straight out of London and into the musical history books for this fearless musical innovator rightly heralded as the ‘Godfather of Grime’.

“A string of Irish pubs as far as you can see/ Greek, Indian, Chinese or would you like a cup of tea?”

Suggs once said: “I love London all my songs are about the city and as Samuel Johnson said, “When a man is tired of London, he is tired of life”.

Squeeze –  ‘Up The Junction’

One of the most classic London songs, Squeeze, like Madness, are another band that pay homage to Ian Dury. The title of this surprise 1979 hit was inspired by a Ken Loach kitchen sink drama adaptation and the video shot in John Lennon’s old kitchen.

“Sun is in the sky, oh why, oh why/ Would I wanna be anywhere else?”

A summer pop classic with a breezy calypso beat and a warts and all look at London’s seedy underbelly.

From a time when the West End club scene was in its heyday, Neil Tennant describes this enduring classic as “sort of like ‘Dancing in the Streets’ – it’s about escape into the city at night, which is emblematic of pleasure.”

Whoever does the PR for Morley’s chicken shops deserves a pay rise.  Not only name checked by Ray BLK,  the South London fast food chain gets immortalised by Stormzy in Wicked Skengman Part 4 “Ask that Morley man for more chips.”

Florence Welch grew up in Camberwell, hence this bittersweet love letter to the streets of South London which were her teenage playground.

“Now in the street there is violence/ And, and a lots of work to be done”

Electric Avenue refers to a street in Brixton that was the first market street in the area to get electricity. The pop reggae classic, which references the 1981 Brixton riots, was used in the 2020 Trump campaign without Eddy’s permission. His legal team filed a copyright infringement lawsuit stating “Eddy stands for peace and justice and this ad is not consistent with the ideals Eddy has stood for and sung about for years.”

The Anti-Nowhere League – ‘Streets of London’

Punk rockers from Tunbridge Wells released their own version of Ralph McTell’s rallying cry to homelessness because they “wanted to fuck up something nice”‘. A bit like being a punk rock band in Tunbridge Wells.

With his fusion of Jamaican patois and cockney slang, Smiley’s reggae pop rhythms made him one of the first artists to achieve chart success with rhymes about the Black British experience. Celebrated radio presenter, writer, and publisher Dotun Adebayo has described Smiley Culture as an “icon of British reggae rap” who paved the way for modern stars. Smiley put British rap – reggae or otherwise – on the map, here in the UK and internationally.”

“So what you thinkin’ ’bout London city now aye, who dy’a city love”

Playing Al Pacino to Wiley’s Marlon Brando, Dizzee Rascal, the boy from Bow remains one of the pioneers of London’s grime scene.

Don’t we all! Crystal Fighters with their unique ‘Spanglish’ fusion made electronic dance music using synths and traditional Basque folk instruments their thing.

“The Pearly King and the Isle of Dogs/ Feels up children in the bogs, down by the playing fields/ Someone sets a car on fire”

An outsider’s view of the run down tawdriness and tensions of an east London council estate.

The Pogues – ‘A Rainy Night In Soho’

London Irish found a unique voice in the passion and poetry of Shane McGowan whether it be The Old Main Drag, a visceral cautionary tale about a teenage rent boy working London’s Piccadilly or in the pathos and poetry of this melancholic Pogues classic.

With its reggae beat and menacing synth bass, this was in fact Lynott’s first solo project away from Thin Lizzy.

“Cheer up London/ Mind The Gap”

‘Mind the Gap’ is the announcement heard on tube lines to remind passengers not to fall under the train. The song was inspired by “travelling on the underground and just looking at those horrible commuters hating life.”

At age 13 Ray Davies spent a long time in St Thomas’ Hospital and the nurses used to wheel him over to the balcony to look over the Thames. “Later I used to go past the station when I went to art college on the train. And I met my first girlfriend, who became my first wife, along the Embankment at Waterloo.”

This early Bowie mod anthem is a tale of pills, thrills and spills which tells the story of a teenage runaway seduced by the excitement of London in the swinging sixties, desperate to earn his stripes with the city hipsters.

“Smoke/ Lingers ’round your fingers /Train / Heave on – to Euston …”

One of the best of The Smiths B-sides, ‘London’ tells the tale of a northern boy who hops a train to the capital in order to escape his humdrum life.

Cameron’s broken Britain and the simmering tensions that led to the summer riots across London in 2011 provide the back drop for this track described by The Guardian as  ‘the first great mainstream protest song in years’. The dark, gritty drama of the same name that followed saw Plan B (real name Ben Drew) make his directorial debut to critical acclaim.

The Streets – ‘Has It Come To This’

“My underground train runs from Mile End to Ealing/ From Brixton to Bounds Green/ My spitting’s dirty, my beats are clean”

“Lock down your aerial!” – one of The Streets most iconic songs, ‘Has It Come To This’ from ‘Original Pirate Material’ isn’t Mike Skinner’s only Brixton-referencing song. “Ra, Ra, Ra, it’s all back to the Dogstar”, was a nod to the Brixton club, too.

The struggles and everyday lived experience of growing up a Black working class kid in London informs Kano’s work. With albums entitled ‘Made In The Manor’ and ‘London Town’, he’s an East-Londoner to his core.

St Etienne – ‘London Belongs To Me’

A track that encapsulates that feeling of wandering through a city on a summer’s day.

For anyone not familiar with the city, Primrose Hill is a London park famous for its grassy hill which offers panoramic views over the city. A favourite spot for many Londoners, frequently referenced in many lyrics.

‘Come what may the cosmos will/ Take me up and down on Primrose Hill/ What could be wetter than/ An English girl, American man’

Smell of Petroleum – ‘The Pogues’

One philosopher, poet and prophet paying homage to another. At the top of Primrose Hill there is a stone etching with the words of the visionary poet William Blake “I have conversed with the spiritual Sun. I saw him on Primrose Hill.”

Razorlight – ‘Don’t Go Back To Dalston’

Dalston is quite good though, Johnny – particularly the Rio Cinema.

The throng of the city is a real draw for so many as referenced in this Suede track.

An ode to the neck-of-the-woods next to Camden from the Glaswegian indie heroes.

Ed Sheeran – ‘Take Me Back to London (ft. Stormzy)‘

Stormzy adds an injection of energy into this track which sees Sheeran show off his rapping prowess.

Blur – ‘Under The Westway’

“There were blue skies in my city today/ Everything was sinking”

And a return to the London lads, this standalone 2012 single references the West London flyover, next to Albarn’s, Studio 13.