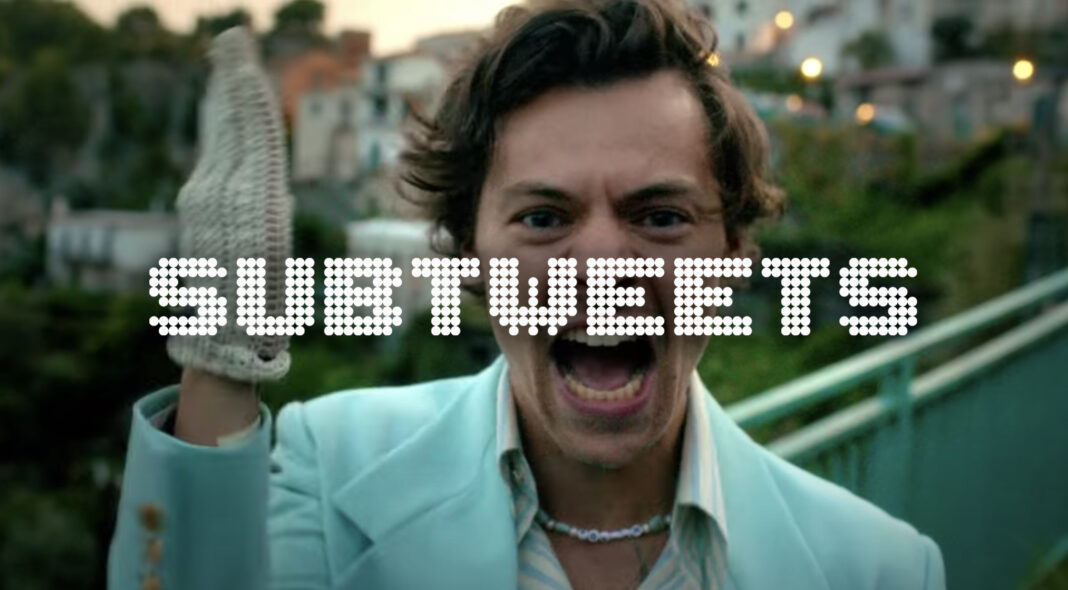 Let’s get this out the way early; I adore Harry Styles.  He is a precious fish-feeding, lust-inducing sunflower of a human and I want nothing more than to see his face plastered across ginormous billboards right across the North of England, let alone just in Manchester. I love his outfits, his music, his humble demeanour and the way he always makes his fans feel seen.

I also really like live music. In a life pre-rona, you could frequently find me in cavernous arenas watching global megastars, but it’s the tiny, grotty, sticky-floored social clubs and unsponsored venues that really have my heart. They’re the places where stars are born and nurtured, the first step towards those life-changing world tours with stages full of pyrotechnic pizazz. In those rooms, bands are formed, signed and given their big break. They sustain that which isn’t commercially popular, a point of entry for fans of every genre to access music at price points suitable for the everyman. In small towns and cities that don’t have a huge live scene, they are even more vital, a rare social hub for young people to gain a sense of independence. Every Adele, Stormzy, Coldplay or Bring Me The Horizon are who they are because of the independent British venues that allowed them to hone their craft, the places that took a chance on them before they were fully formed.

Coronavirus has brought a lot of industries to their knees, and it gave me great joy to see that Harry Styles, certifiable good egg, found a way to dip into the pocket of his flared trousers to pay the wages of each and every one of his touring staff who would have been working with him this year.  It’s what everyone in his financial position should be doing, but it’s not just the touring staff that need saving – it’s the venues themselves. For every Deaf Institute in Manchester that gets bailed out at the last minute, there’s a whole host of other independents up and down the country that may not have much of a future after this immediate wave of arts bailout money and #letthemusicplay lobbying dries up early next year – a life support ventilator rather than a proper recovery.

All of this goes a long way to say that when news broke this week that Harry Styles would be the face and part-financial investment of a new £350 million venue in Manchester (the largest indoor event space in the UK), it felt a little bit ill-timed.  Linked with former CEOs of Ticketmaster and concert promoter AEG, the Co-Op Live Arena will be larger than Madison Square Garden, and work is set to begin on the building this November, bringing an estimated 3,500 jobs during construction and then a further 1,000 for operations. With a focus on sustainable design, charitable contribution and unrivalled sightlines to the stage, it’s a project of epic proportions and an impressive start to Styles’ sideline career as an investor. These are all good things, but just like Kim Kardashian and her birthday island, there’s a nagging feeling that the PR team behind this project didn’t really read the room.

At a time where so many have been put out of work, I’m certainly not going to sniff at the creation of thousands of new jobs, but I do wonder if there wasn’t space in these wealthy mens’ virtual board meetings to ponder the knock-on effects of oversaturation at this level of Manchester’s cultural industries. The city, after all, is already able to host enormous concerts at the AO Arena, Old Trafford, the Emirates Cricket Ground, Heaton Park… do we really need another massive venue if the events of this year mean that there will be even fewer artists of the requisite size to fill those spaces? Venues of that size aren’t famed for their risk-taking when it comes to booking, or for their unique, characterful atmosphere. If we don’t support the rungs on the ladder, how is anyone actually meant to get to the top? What support is available to get bands to Co-Op arena size, and is that even what fans of intimate performance truly want?

Of course, I’m not privy to every plan that sits behind the Co-Op Arena, or for the artist-and-fan-focused ideas that Styles may bring to a table as an investor. Maybe those charitable investments will include helping out grassroots venues; maybe he’ll lobby for cheaper ticket prices and more robust purchasing outlets to ensure that the arena experience is actually accessible to fans. Maybe his artistic eye will make it such a visual experience that I will be eating my words in 2023, happy to enjoy music at a true spectacle level with overpriced nachos in hand. It’s all possible. But for now, I remain cynical, and worried. Worried for the future of my favourite venues, and worried that we’re going to keep building shiny glossy new things instead of trying to save what we already have. Maybe 2020 has finally beaten me down, but at a time where we all really need to show our support to those industries that sustain our come up, I just want my pop stars to get behind the little people. I believe that Harry Styles could be that person – I hope that he won’t let me down.