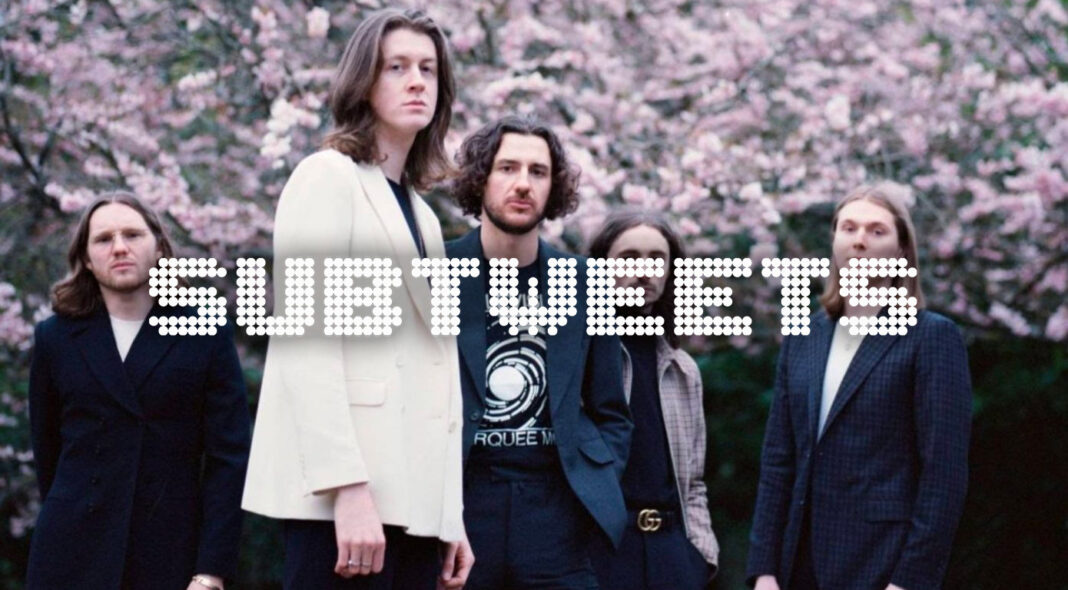 How much could we all just do with a really good gig? With most of us having not experienced IRL live music since well over a year ago, it’s no surprise that the attempts to save our summer are ramping up, with many great hopes resting upon the shoulders of Stockport’s finest, Blossoms.

Part of the Government’s Event Research Programme as supported by Festival Republic, this weekends Sefton Park show is truly the stuff of scientific experiment. With Blossoms, The Lathums and Zuzu on the line up, tickets were only made available to residents of Liverpool, a frequent testing ground throughout the Coronavirus pandemic. Those who are pregnant or extremely clinically vulnerable couldn’t apply, but otherwise, the only barriers to attendance are a registration at a Liverpool GP, a negative pre-event test and the request that attendees take voluntary at-home tests both the day of the event and five days later, helping to track potential spread.

With an audience limit of 5,000, no masks or social distancing will be required once attendees are through the security gates, leaving fans free to socialise however they normally would at a usual gig or festival. A cheeky snog during ‘Charlamagne?’ It’s all yours. Mates on shoulders, slopping pints over each others heads? Just like old times. Onsite catering and bars will be available, and fans who fulfil the promise to get tested five days after will be entered into a prize draw to win tickets to a range of summer 2021 festivals, which the hope that this event will allow many to go ahead as planned. According to Festival Republic’s Melvin Benn, it’s a day to “behave as though COVID had never happened”. For six-time Blossoms gig-goer Joe, it’s the first chance in ages to genuinely reconnect with mates, an activity far more fun than any zoom quiz or chilly outdoor picnic.

“I knew a load of my friends would also be up for going – they’ll be a group of about 10 of when we meet inside,” he says. “I’m so looking forward to seeing a proper gig, having a bounce around in a crowd with my mates and just feeling like we’re on a much needed return to normality. The handling of the pandemic has been absolutely awful from the government, and Boris is extremely lucky that we have some brilliant scientists who have gotten us to this point.”

Online, there is a stark split between folk who see this trial event as a good idea and those that don’t. Many were chuffed to have bagged tickets or were envious that they didn’t live in the Liverpudlian catchment area, taking heart from the rapidity and seeming effectiveness of the vaccine roll out. This week, new research has suggested that people who have had even one dose of the Pfizer or AstraZeneca vaccine are between 38% and 49% less contagious to unvaccinated people, with promising knock-on effects for herd immunity. Given how effectively the vaccine has brought down cases of series illness and mortality, it stands to reason that a concert marketed at a comparatively low-risk demographic would be a sensible place to start when trialling live music’s return.

That said, given how recently even the idea of meeting with five friends outside has been put back on the table, some fans are understandably wary of going from a year of quiet nights in to mingling with 5,000. Snarky jokes about bands actually worth risking mass infection for are plentiful, as well as some suspicions about the geographical and line-up choice, given that neither Blossoms nor The Lathums are actually from Liverpool. Merseyside does indeed have a particularly low R rate, but at this stage of the pandemic, there is possibly no keener guinea pig that the impressionable young bucket-hatted fun-lover, the sort that Melvin Benn has keenly identified through the Reading & Leeds demographic and nailed with this line-up. Some fans feel like this is another example of the North of England being thrown to the wolves, while others feel proud that Liverpool, an area that has long been synonymous with musical legacy, is being granted a new chance to be part of pivotal history.

Nathan, aged 20, is excited to be attending the gig, but is more than a little skeptical about how this event has come to be in his city. “Liverpool has been a testing ground for new rules and restriction adjustments multiple times so this isn’t extremely surprising, but I do think the Government see Liverpool as a low risk area in terms of voter support,” he says. “If they mess up this experiment and it leads to a rise in COVID cases in the area, they’re not exactly going to lose many Tory votes. And if it turns out to be effective, it can bring about a small increase to their support in arguably the most Labour supportive part of the country.”

In terms of his own attendance, Nathan’s nervousness is less about the risk of catching COVID, but rather what it might feel like to actually be amongst crowds, actively looking for ways to make up for lost time.

“I am vaccinated and only interact with people under the age of 23 in student hall, so spreading the virus is not something I’m too concerned about. However, I am more nervous about being in a large, drunk and drugged-up crowd of people for the first time in 18 months. I feel like there could easily be accidents. Although in the back of my mind this won’t feel the same as a pre-pandemic gig, it is a big step in feeling like the world is returning to normal, which I am more than looking forward to. I have been pleasantly surprised at the plans set forth by the government since the start of 2021 and their vaccine rollout – it is the first time I have felt that the Tories have done something right in my entire life.”

Rachel, 30, is also headed to the gig, but her concerns are more about what a successful trial might mean for people’s civil liberties. Rumours of ‘COVID Passports’ have been swirling for weeks, and although they will not be applicable to this show, they are something that Festival Republic’s Melvin Benn has called “possible but not certain” for future events. For some fans, this barrier-to-entry might be a bridge too far.

“I will be taking part in the follow-up tests as I hope to show mass events can go ahead with no social distancing or masks,” she says. “For me, the only con is having to take a lateral flow test before entry. I am nervous about bio-surveillance and that if we go down that route, things will never get back to ‘normal’ as we knew it in 2019. I’ve had COVID myself and it was a mild cough, but my mental health has been affected terribly by lockdowns. I feel very strongly that now the most vulnerable are vaccinated, we should be getting back to normal – 2019 normal, not the ‘new’ normal.”

As gig day draws closer, thoughts also turn to how the bands themselves must be feeling. Rarely has a singular gig attracted so many eyes of the world, waiting with bated breath to hear what a successful pilot might mean for the re-opening of the live industry. For event opener Zuzu, the year-changing potential of the gig is definitely on her mind, but there was no way that she was going to miss the opportunity to be part of it.

“When I got the call from my manager saying we had been asked to play, I didn’t even ask questions, I just screamed and said yes,” she says. “I would be lying if I said I wasn’t a bit nervous – it’s a big show to do for your first one back, but I am super excited and have been rehearsing so much in preparation. Liverpool has a real going-out culture, people love getting dressed up and going out. I am very ready to bring some Scouse Auntie at a family disco energy!”

Whether it’s an out-and-out family disco or even just a gentle toe-dipper back into festival fields, there is no denying that a Liverpool win this weekend would be a win for the entire UK, and further afield.  Nerves are understandable and even healthy – after such a rough 18 months, it’ll take time before people feel as if they can fully relax into life as it was before, and for those with disabilities or health considerations, more work will need to be done to make them feel truly safe and accommodated for at live events. Sefton Park is unlikely to be perfect, but as a test of what might be possible this summer, we’re all rooting for Blossoms. Fingers crossed for a blooming good weekend – bucket hats and all.