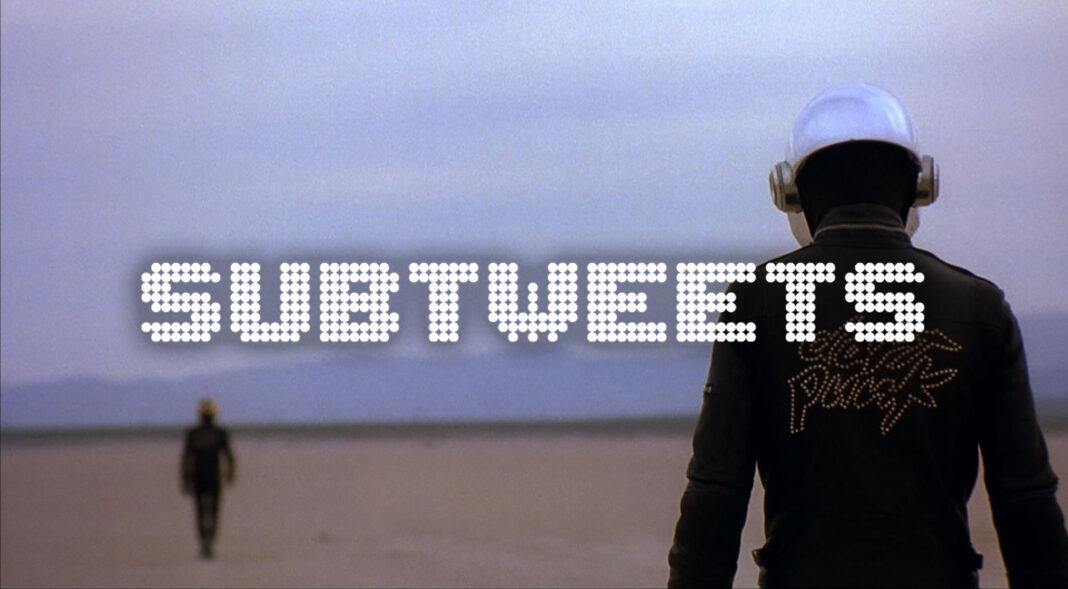 Right as we’re all (tentatively) rejoicing over the news that we might actually be able to get to a gig this year, 2021 decided to deal music fans another blow with the news that Daft Punk, one of the most legendary live acts out there, have finally decided to call it a day after 28 years. There was no final single, no teary-eyed press conference – in typically offbeat fashion, the duo chose to break the news with ‘Epilogue’, an eight-minute excerpt from their 2006 film ‘Electroma’ that sees the pair striding through the desert, helmets on, only to flick the detonation switch and explode into the sunset.

As far as closing statements go it was pretty grandiose, but perfectly in keeping with Daft Punk’s uncanny ability to treat every opportunity like a theatrical oeuvre, to zig right as the rest of the industry was zagging left. Formed in Paris in 1993, the duo – Thomas Bangalter and Guy-Manuel de Homem-Christo – seemed to know early on that becoming the face of French house music wouldn’t necessarily mean having to show their own faces. Following the release of their 1997 breakthrough ‘Homework’, they transformed into robots as a means to maintain the intoxication of mystery; speaking to Rolling Stone, de Homem-Christo explained:  “We’re not performers, we’re not models – it would not be enjoyable for humanity to see our features. But the robots are exciting to people.”

Indeed, harnessing such an enigmatic persona would prove to be pretty canny thinking. By embarking upon a career at a time where tell-all celebrity culture was only getting bigger, Daft Punk were able to carve out a novel aesthetic that deeply mirrored the time-travelling nature of their music, setting trends instead of following them. The 80s synth revivalism and lush 70s Italo disco of ‘Discovery’? A huge inspiration to much of the chart music of the 00s, from Madonna’s ‘Music’ right through to Eric Prydz’s ‘Call On Me’, an inescapable staple of 2004. ‘Harder, Better, Faster Stronger?” A core sample of Kanye West’s rise to mainstream prominence, and the inspiration for some of the Internet 2.0 earliest viral videos.

As world builders, Daft Punk’s vision was always widescreen, with an impeccable eye for soon-to-be-massive talent. For the ‘Big City Lights’ and ‘Around The World’ music videos, they worked with directors Spike Jonze and Michel Gondry respectively, introducing their artistry to the world right before each would go on to make their film breakthrough. By revitalising the anime staples of their youth across ‘Discovery’, they tapped into a growing interest in manga and anime just as Cartoon Network was becoming big, and gave the 80s kids, who had been raised on science fiction, a new pair of superheroes to come-of-age with in the club. There are far more people out there who claim to have been at one of Daft Punk’s early shows than actually were, but for Tony, now 39, the memories of their 2001 DJ set at Fabric still linger; albeit a little dampened by the party substances of the time.

“It was absolutely packed, as you’d expect. I think Skint Allstars were playing in the other room at some point and Daft Punk may have played the a cappella version of Chuck Roberts’ ‘My House’ but I can’t be entirely sure. I do remember that we had a great time – I saw a guy sniffing a bottle, so naturally asked for a go when he said “Sure, but you should know it’s Tipp-ex thinner not poppers?” I politely declined, but then I had already split a pill with a mate outside.”

“Of the friends I went with, I’ve lost touch with one and the other has passed away, but I think about him often, as he was the one that first turned me onto Daft Punk. He had their 1997 Essential Mix on a tape which we caned constantly in his Vauxhall Nova. They made some proper facemelters.”

Though small, chaotic shows like the one Tony went to wouldn’t be possible for long in Daft Punk’s rapid career ascent, their 2006 Coachella set marked a serious level up in the expectations of what a live DJ show could be, quickly solidified in history as one of the biggest “Were You There?” moments in modern music. Having invested $300,000 in a lighting rig that they kept secret from everyone including their own manager, the robots mixed with such poetic deftness that any ill-feeling about the underwhelming nature of third album, ‘Human After All’ was swiftly forgotten. A general “will they or won’t they” nature to their shows made them fantasy festival-line up fodder for many years after, constantly rumoured but rarely materialising unless it was somewhere you wouldn’t expect.

In April 2013, word got out that Daft Punk planned to launch their upcoming album ‘Random Access Memories’ from an agricultural festival in Wee Waa, a regional Australian town normally more acquainted with dog jumping competitions than invasions from musical outer space. For Guardian Journalist Laura Snapes, it marked out a time where Daft Punk were the number one essential news story, endemic of the bizarre nature of their celebrity.

“I was working at Pitchfork at the time, and just remember being on a state of constant high alert for Daft Punk activity,” she says. “That morning of trying to confirm the story about the Australian agricultural show was very funny – there was so much ridiculous news around (I think they launched their own condoms?) that it could easily have been made up for clicks, but fortunately the time difference meant I was able to confirm it with an employee of the festival who was still awake. God knows what the organisers made of Daft Punk’s request.”

For me personally, ‘Random Access Memories’ was a disco shot in the arm after years of guitar-pop dominance. I was coming to the end of my second year of University when ‘Get Lucky’ emerged, and it is no underestimation to say that this song more than just the track of the summer – it was omniprescent for the entirety of the next academic year, appearing at midnight regardless of what the club nights usual genre remit was. It made Daft Punk cross-generational household names in a way they hadn’t been before, and positioned them as the worlds most covetable collaborators, going on to play an instrumental part in the soundscapes of both Kanye West’s ‘Yeezus’ and The Weeknd’s ‘StarBoy’.

For fans younger than myself, ‘RAM’ was a record that opened a whole new world of possibilities, tying in with the genre-bending eclecticism of the Spotify Discovery age. Luke Perez, founder of blog, The Daft Punk Historian, was only 15 when they discovered the band via the televisual snippet-teasers of ‘Get Lucky’, but was instantly captivated by the robots, determined to catalogue the very nature of their unusual passage through space and time.

“It was really magical, watching those ads as they revealed more and more each week,” they recall. “I eventually heard the full song on the radio and was enamoured. I finally take some initiative and look up “Daft Punk” on YouTube so I can learn more about them – this was a grave mistake because you can never stop learning about Daft Punk. Their work felt so full of life and joy, and I especially appreciated their ethos about making music; they did everything their way and weren’t after money or fame, they just wanted to create. In 2016 I started running the Daft Punk fan page on Twitter @Daft_Wub, and then in 2018, I created The Daft Punk Historian to archive my research and interact with other fans. It’s now 2021 and Daft Punk have retired. Am I sad? Not too much… things have been quiet since 2018 and I think it’s best that it is finally laid to rest. I know Thomas and Guy-Man have the utmost artistic integrity, and I would hate for them to continue just because they think other people want them to.”

Maybe Nile Rogers busting out ‘Lose Yourself To Dance’ on yet another Hootenanny or The Weeknd’s performance of ‘I Feel It Coming’ at this year’s Superbowl was finally a sign that Daft Punk’s work in this universe was done. Bringing their unique, effervescent way with dance music to a truly global audience, it feels better for them to leave our orbit on their own terms, leaving behind a great number of important musical discoveries. Challenging what we thought we wanted from entertainers with scrutiny-saving helmets (did they know something about social media before we did? They are robots after all…), they remain a testament to what can be achieved from staying true to an artistic vision, of taking the time to really live out a project, and of never, ever underestimating the power of entertainment surprise. Whether it’s Coachella, The Wee Wa festival, or the personal discos that live on inside our headphones, we all got lucky to be part of their timeline.