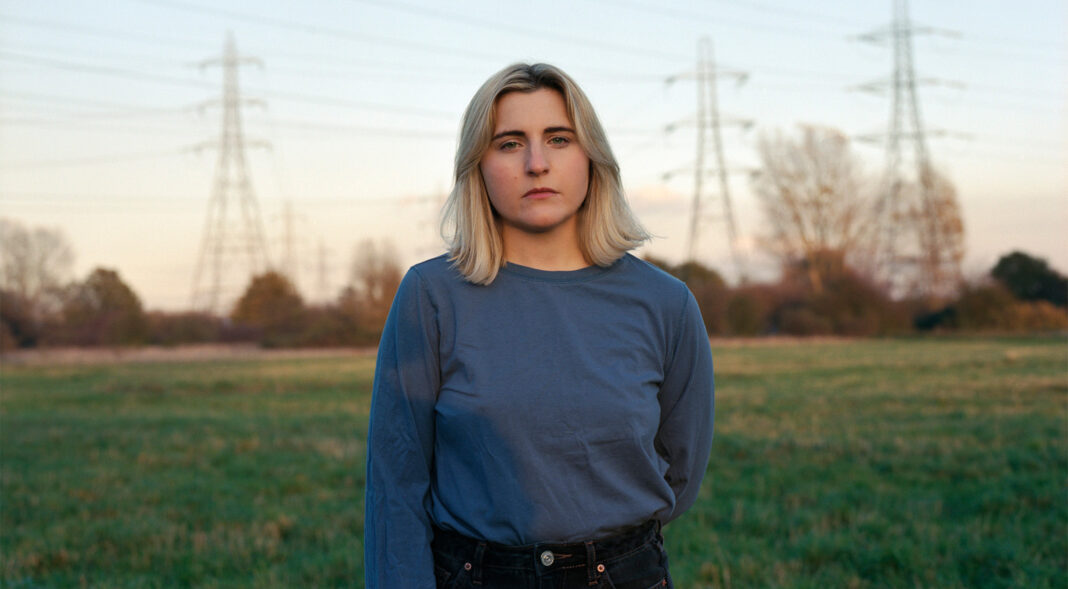 “Vulnerable the beating heart / Inside of you“, sings Wyldest aka Zoe Mead on her album opener, ‘Beggar’, and it’s not only her vulnerable heart that’s on display but that of humankind.

As album themes go, you don’t get many concepts much grander than that, yet it hasn’t phased Wyldest. ‘Monthly Friend’ was born out of mountains of feminist literature and a desire to “make an album about womanhood,” with Mead opting for an abstract approach and finding meaning in flowers, forests and thorns, rather than unequivocal political statements. Wyldest’s political statement may, in fact, be the music itself: written, produced and mixed by her independently. But the record is by no means shy: with the title’s knowing wink at those who try to disguise period talk with more palatable codewords like ‘monthly friend’, it’s indicative of the damaging societal norms that Mead reflects upon throughout.

Though it shares the sweetness and vulnerability of a debut, ‘Monthly Friend’ isn’t Wyldest’s first: her real debut ‘Dream Chaos’ arrived in 2019, quickly followed by a pared-down reimagination of that same record a year later. ‘Redream Chaos’ substituted reverb and electric guitars for soft pianos and field recordings and while the effects pedal is back in full effect on ‘Monthly Friend’, the air of intimacy hasn’t left.

The record owes a gentle sonic debt to 80s shoegaze and the indie of the mid-2010s – sun-kissed, jangly, and dancing in and out of consciousness. There are instinctive comparisons to the likes of Soccer Mommy and Snail Mail, and Wyldest’s hero worship of Elliott Smith reveals itself in her sparse but poetic lyricism: soft musings that often stray into the philosophical, but stay steady as a beating heart.

Within her narratives, that are so ambiguous that they almost cross the line into oddly specific, sensations visit Wyldest like the aforementioned ‘Monthly Friend’ – sometimes embraced and sometimes endured, but always provoking thoughtful reflection. On ‘Buddy’, which begins as a dreamy shuffle until it toys with a transformation into fully-fledged power ballad, she imagines men as the predator and women as the prey – caught in the undertow. Amongst the Breaking Bad binges and late night summer road trips, Mead wishes that she hadn’t given away her best “with a smile” until she makes her escape, reclaiming a little power and self: “just try to catch me now.”

For someone like Mead, who’s spoken about her frequent bouts of insomnia, it’s natural to imagine your own dreamscape that’s inaccessible outside of music, abundant metaphor and guitars drenched in distortion and reverb. Certain tracks do sink into a slipstream of familiarity but it’s still a particularly pleasant one. ‘Almost Bliss’ is precisely that – offering glimpses of something promising yet never quite transcending beyond the almost – but bliss is in no short supply on this record. Zoe Mead’s vocals are a soothing, self-effacing presence throughout, even when delivering barbed sentiments like “Stop wasting my time and yours” and “Flowers in my lungs / Your icy breath will freeze them”. They’re at their sweetest on album standout ‘Heal’ – a track that disguises its own sadness with “groovy hi-hats”.

‘Monthly Friend’ isn’t a romantic look at human nature, despite its swooning melodies and the dreamy, pastoral imagery it conjures, but there’s peace to be found in its carefully considered reflection. Mead spends sleepless nights grappling with the frailty of human connection but when she does drift off – “Midnight take me / To another realm / Whispering softly” – it’s to a realm of her own making.