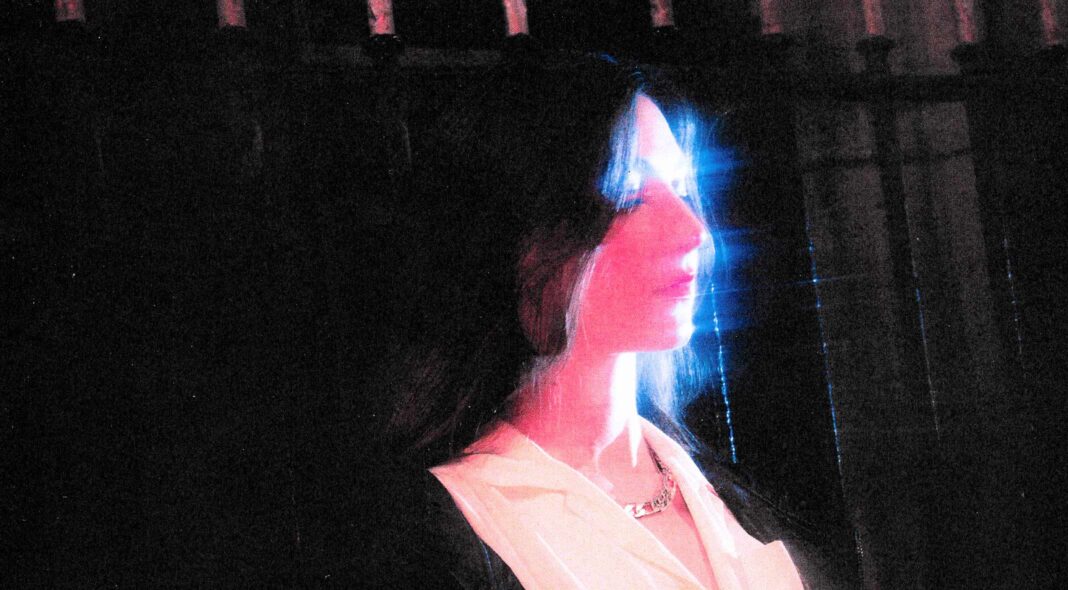 Laurel Canyon, storied within music history, has come to be known less as a geographic region and more as a genre within and of itself. Joni Mitchell, The Byrds, Crosby Stills & Nash; from that prolific time in the late ‘60s onwards, there’s a strain of intoxicating folk-rock and an innate widescreen romance associated with the area that’s made it ripe for ongoing creativity.

However, whilst Lana Del Rey – perhaps the most oft-cited modern LC acolyte – has filled a career with a breed of doomed heroines and desultory bad boys that also feel plucked from the past, Weyes Blood has taken up the mantle whilst mastering an arguably cleverer trick: combining timeless musicality with a frame of reference that’s oh so depressingly now.

The nom-de-plume of musician Natalie Mering, ‘And In The Darkness, Hearts Aglow’ follows 2019 breakthrough LP ‘Titanic Rising’ and is billed as the second part of a trilogy. Heading into the sessions with the intention of making a positive partner record to her previous doom-filled offering, what followed instead was, well… 2020, and thus her latest arrives with about as much clarity as the associations of that year might suggest.

From the opening strains of recent single ‘It’s Not Just Me, It’s Everybody’ – a lament to our increasing estrangement from each other, accompanied by a wonderfully ridiculous visual of Mering tap-dancing with a cartoon mobile phone – the record deals in variations of modern crisis. ‘Grapevine’ uses a stretch of Californian motorway to represent the slow separation from a lover; ‘God Turn Me Into A Flower’ is a hauntingly simple choral ballad that illuminates Mering’s crystal pure vocal as she yearns for peace and simplicity, while ‘The Worst Is Done’ is ripe to give listeners post-pandemic PTSD, as swoonsome melodies and heavenly harmonies envelope a familiar sense of neuroses (“I should’ve stayed with my family/ I shouldn’t have stayed in my little place”).

Perhaps more than anyone, there’s a sense of the Father John Mistys to Weyes Blood’s latest. Much as Josh Tillman manages to perfectly balance the wryly bleak with the beatifically lush, the old school grandeur of ‘It’s Not Me…’ or closer ‘A Given Thing’ are the most gorgeous expressions of despair and eventual, longed-for hope around; ‘Children of the Empire’, especially, is an entire musical within itself. But primarily, ‘And In The Darkness, Hearts Aglow’ is just a universe of its own – peppered with the sounds of days gone by, interspersed with the moods of a generation, but packaging them all up into something to sink into, to find respite in no matter what calendar year or crisis you might find yourself. It’s a true gem.

“I’ve always been interested in the macabre”: Read this month’s Cover Story with Weyes Blood