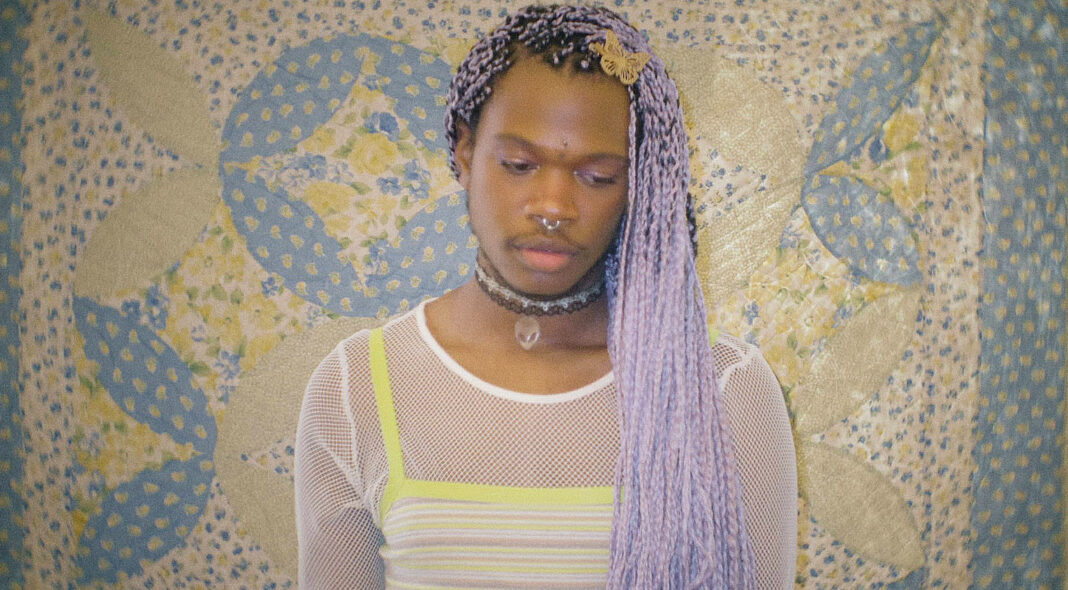 “Hi, hi, howdy, howdy, hi, hi!’” sang Shamir cheerfully on the opening moments of  his breakthrough single ‘On the Regular’ back in 2014 ”while everyone is minus, you could call me multiply”. Besides being a ridiculously snappy hook, backed by syncopated cowbells, it was also an early hint of things to come: full of ideas, Shamir isn’t the kind of artist you can pigeonhole.

Aged 19, Shamir was rapidly signed to XL and quickly became one of the label’s most touted new pop acts – with more buzz than an amateur short-back-and-sides quarantine haircut. Debut album ‘Ratchet’ followed in 2015 – a deliciously garish slab of fidgeting, neon-hued pop. The malfunctioning Nintendo melodies of ‘On the Regular’ and ‘Call it Off’ stole the show, along with the musician’s distinctive soul falsetto – but Shamir wasn’t sold on how he was being packaged as an “accidental pop star”. Before his rapid ascent, his interests had been couched in all things alternative: spiny, skew-whiff country punk and grunge. And so he changed tack. After leaving XL, a slew of experimental records followed. First came the self-released ‘Hope’ – a feedback-slathered departure into lo-fi. Then came ‘Revelations’ and ‘Resolution’ – two spiky alt-rock records. With ‘Be the Yee, Here Comes The Haw’, Shamir explored country music, and then at the beginning of this year, released the grunge-tinted ‘Cataclysm’. Prolific is something of an understatement: and the self-released ‘Shamir’ is his seventh album in the space of just six years.

And after much exploration, it sees the artist landing on an intriguing collection of raw, exposed not-quite-pop. With thumbs wedged firmly into jean pockets, ‘Other Side’ is smokey, soulful Americana. Based on an episode of the US mystery documentary Unsolved Mysteries, the song is written from the perspective of a woman who lost her husband during the Vietnam war, and didn’t stop looking until her own death. Atop metallic guitars, Shamir’s voice is a force, yowling and aching with the pain of not having concrete answers. “I got a call, he wasn’t fallen, they just couldn’t find… him,” he sings. “Couldn’t put my trust in the country… My my… My my.” Elsewhere, it’s sprinkled with brief interludes – snippets of laughter and conversations in the studio – lending an easy, cohesive flow to ‘Shamir’ despite how often it veers between genre.

Opener ‘On My Own’ meanwhile stutters and jolts with distorted unease – the biting anxiety of lockdown coursing through its alt-pop veins. The baroque grandeur of ‘In A Hole’ is both beautifully soaring and desperately sad. Imagery is often arresting and strange, jarring up against sugary melodies: “And soon I’ll be the neon shining moon and I’ll break you up just like the stars,” he sings on ‘I Wonder’, “I’ll be the earth with the disease, and you the human inside of me.”

It seems deliberate that ‘Shamir’ is self-titled, because you sense that this may well be the pop record that the Philly-based artist wanted to make in the first place. Across the breadth of this varied record, his experimental endeavours over the last half-decade have clearly paid off.