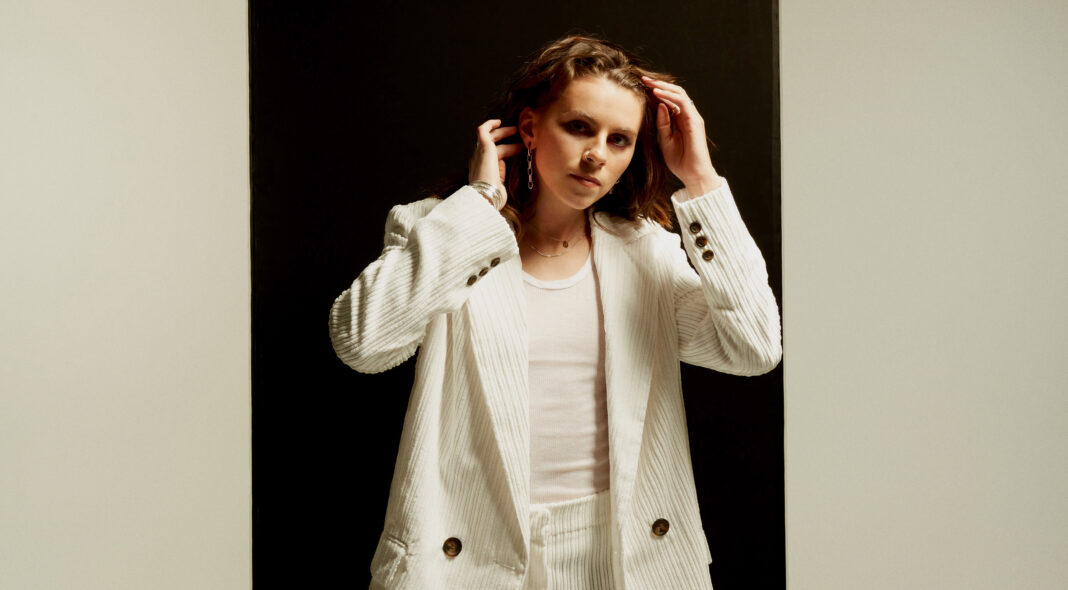 Lynn Gunn douses her anguish and anxieties in layered synths and gothic metaphor to deliver PVRIS’ most coherent body of work.

Forming in 2012, Pvris now have a few years of experience under their belts. But its with third-studio album, ‘Use Me’ that the Massachusetts collective have downsized to a dark-pop duo, ditching ex-guitarist Alex Babinski amid accusations of improper conduct and sexual abuse allegations. Still, defiant as ever, ‘Use Me’ stands tall to prove that Pvris aren’t going anywhere.

Starting off with ‘Gimme A Minute’, ‘Use Me’ unfolds with a deceptively tame electro-pop opening. Punctuated with backdrop beats, graphic lyrics set the tone for an aggressively restless opening. Patience is rewarded as all exposed sounds are scrunched together to deliver a cut-throat pre-chorus: “Feeling like I’m out of time / Inner peace is hard to find / They’re asking why / I think I’m losing my mind”. Laying out her struggles in the open, ‘Gimme A Minute’ sets the tone for an album that can only be described as a recollection of struggle and self-acceptance.

Transitioning to a quick-fire intro backed with whirring guitar riffs and gutsy vocals, ‘Dead Weight’ grabs your attention and tugs you along to the very end. While lyrics lack some experimentality, socially is where this song thrives. Mixing grinding guitars and synth-pop drives a crowd-pleasing hit. The song truly shines in its singalong bridge, but a personal highlight sits in Lynn’s genre-bending lines “I’m staying numb to my feelings, dodge ’em like novocaine / My back is breaking from taking all of this dead weight” slipping between influences of soft-rap and rock.

A track or so later comes album highlight ‘Good To Be Alive’. This punchy song falls together like a melting pot of Pvris previous records ‘White Noise’ and ‘All We Know Is Heaven’. If there was a song that felt like a dissection of Lynn Gunn’s state of mind, this is it. The singer fawns over the revisited tension between unhappiness and a desire to feel better; “Is this body even mine? / It’s good to be alive but I hate my life”. A mood of tiredness wraps around the song as the singer transparently confesses her struggles: “I’ve been staying up all night / Shaking needles out my spine / But the doctor says I’m fine”. Marked with strong lyricism, again Pvris showcase their new bout of growth.

Three quarters in a ‘Use Me’ pitches their underdog track. A stripped down slow-take, Loveless feels reminiscent of Pvris previous debut Acoustic EP where Lynn pleads to a partner in lyrics coated with compromise. While ‘Only Love’ fed into a timeline of mellowed patience and thoughtfulness, ‘Loveless’ represents a new era of change for the Massachusetts singer. The late track reclaims a new sense of strength and self-determination set off by an afterthought of bitterness. It’s gritty and personally poetic; something we’ve come to expect in a Pvris song.

Unfurling with a full force of deep beats, January Rain washes away the sullen melancholy of ‘Loveless’ and replaces it with contemplative longing, as Lynn sings: “My eyes are red; the roses are dead / You know I still hold them”. Unmistakably gloomy, it’s a song you’ll catch the lyrics to, but outside of the chorus, you’ll hum along to the melody at best.

Self-titled ‘Use Me’ holds a double feature on the album, with the latter version receiving a helping hand from hip-hop artist 070 Shake. Standing in as Pvris’ first official collaboration, the pairing perfectly is seamless. Lynn and Shake’s vocals neatly blend together and showcase a possible new avenue for the alt-pop band in future. The new take is refreshing and an avid reminder that this band knows how to step up their sound.

‘Wish You Well’ sits as a secondary closing out track that burns as an ode to optimism. Whether speaking to a partner, herself, or the past of Pvris there’s something pleasantly comforting in Lynn’s confident, self-assured singing: “Couldn’t save you / I don’t blame you / We just have to let it go / I wish you well”.