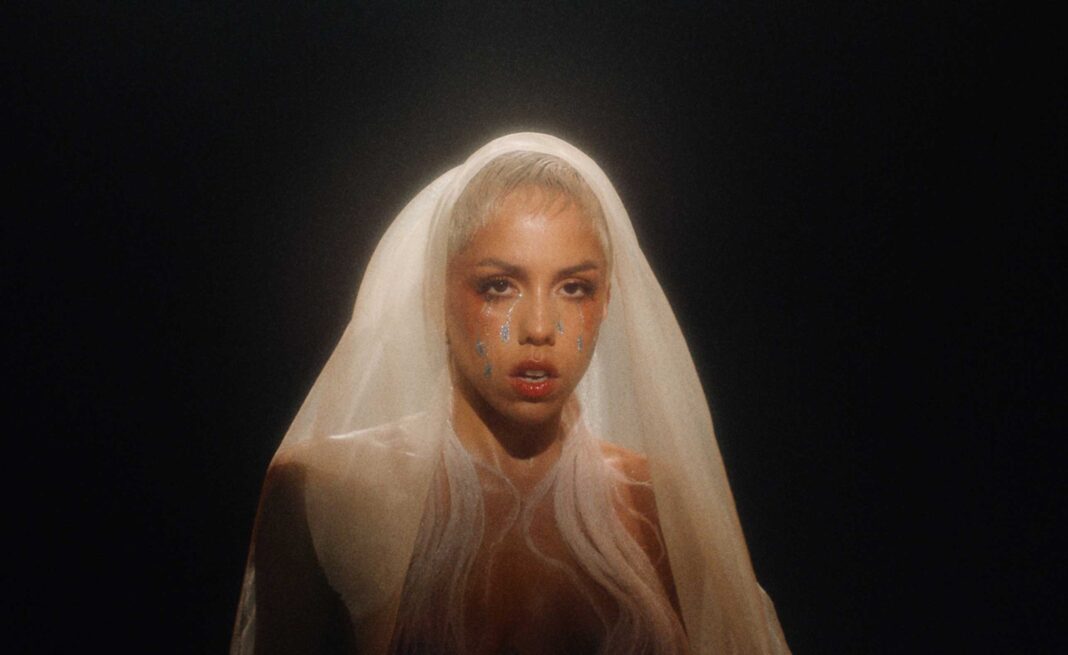 “Sister stand up for what you believe / I hear anarchy in the way you speak,” Poppy Ajudha sings emphatically on ‘PLAYGOD’. These words are a mission statement, setting the tone for her what’s to come from her long-awaited debut album, ‘The Power In Us’; a teaser of the demand for action and empowerment to follow.

The track itself is inspired by the Alabama abortion bill, Ajudha’s sermon-like groove building to a rock-heavy act of resistance aimed at those that attempt to play God with women’s bodies. Ajudha delves into discussions around women’s rights across ‘The Power In Us’, such as in the harmony-rich ‘MOTHERS SISTERS GIRLFRIENDS’, where she questions the labels given to women and how they’re so often framed in relation to men. The chant of “mothers, sisters, girlfriends” in the chorus becomes a mantra, repeated as a reminder to never falter when it comes to being outspoken around issues like gender, sexuality and race.

The song’s funk background bolsters this mission statement, but it’s also an indication of the variety in Ajudha’s songwriting. ‘The Power In Us’ fuses pop, jazz, soul and R n’ B, creating moments that are uplifting and others that are downbeat and reflective in tone, but still equally stirring. Single ‘HOLIDAY FROM REALITY’ is a catchy, pop number about pushing yourself that would sound right at home on daytime radio. ‘DEMONS’, meanwhile, is a melancholic ballad that addresses mental health and the silent struggles that come with everyday living. Despite its softer and more restrained instrumentation, it’s a clear highlight on the album for its message of empathy. It’s reminiscent of a spiritual, with blues and gospel elements floating below the melody, gently complementing Ajudha’s ascending vocals.

Elsewhere, Ajudha embraces her jazz roots in the blissful piano-drum partnership of ‘FALL TOGETHER’, which also includes a beautiful outro that features saxophonist and jazz star Nubya Garcia accompanied by a quietly picked guitar. The final two tracks, ‘LAND OF THE FREE’ and ‘LONDON’S BURNING’ take on more electro-vibes, the former with an almost trip-hop beat and the latter implementing glitchy soundscapes above an electronic drumbeat to reflect Ajudha’s vehement critique of this country’s colonialist mindset.

‘The Power In Us’ is stitched together with small vignettes, starting with the drone-heavy opening ‘WHOSE FUTURE? OUR FUTURE!’; protest chants, crowd noises and Ajudha’s soaring voice interspersed with audio of an Angela Davis speech. In this intense minute-and-a-half introduction, Ajudha unveils the album’s statement of intent as well as her own thematic focus, positioning ‘The Power In Us’ as not just a collection of sounds but a manifesto and a clarion call. And it’s for this reason that the transition from Angela Davis to ‘PLAYGOD’ works so seamlessly – it’s as if Ajudha is accepting the baton and continuing the fight through her own practice of politically-charged lyrics and forever mesmerising vocal takes. ‘The Power In Us’ represents a certain faction of contemporary music in the UK at its most vibrant: socially-conscious, unburdened by genre and adventurous in its musicality.