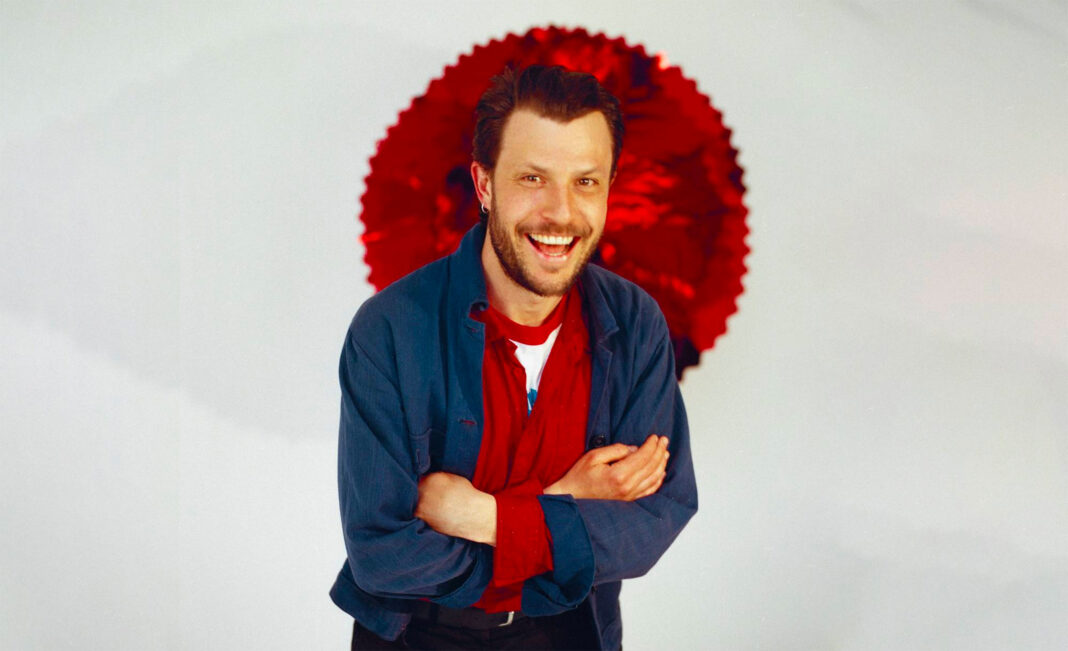 When carving out a solo career after a lengthy tenure in a beloved band, you have a choice to make. You can either take the Liam Gallagher route, AKA carry on swaggering down the same path, just without the other blokes in tow (but keeping a good percentage of their songs in the set because you know where your bread’s buttered). Or you can go the route of Orlando Weeks: former tremulous orator of widely-adored indie favourites The Maccabees turned illustrated book author/ solo artist/ maker of music not very much like The Maccabees at all.

Now, with his first band half a decade in the rearview mirror, Weeks’ choice to consistently tread his own path – be that vaguely commercial or not – has resulted in a playing field that’s wide open. At this point, you never really know what you’re going to get from the mild-mannered south Londoner, which makes the fact that second LP ‘Hop Up’ is such a buoyant and sprightly thing all the more of a pleasant surprise.

On 2020’s ‘A Quickening’, Weeks’ outlook was a more unsettled one; writing about his experiences approaching first-time fatherhood, he’s conceded in recent interviews that the album focussed on the difficulties rather than the joys of the period. ‘Hop Up’ is his attempt to tell the other side of the story and, from the opening whistles and warmth of ‘Deep Down Way Out’, the difference is tangible. Where before there were electrical simmers and cloaked vocals, now sit bright, ‘80s soft rock synths (‘Look Who’s Talking Now’) and dappled, wide-eyed sentiment (‘High-Kicking’).

Throughout, the lyrical ideas are large-hearted and uncomplicated: ‘Bigger’ concerns the explosion of new feeling that comes when a new person enters your world; ‘Make You Happy’ is a simple yearning over rich, multi-layered vocals; across the album, declarations of love abound.

It could all get a little cloying (if songwriting clanger #1 is to bemoan how hard it is to be in a world-touring band, then there must be a suitable noise for an entire album declaring the author’s blissful happiness), but there’s something about Weeks that makes you root for him. There’s a sweetness to the likes of ‘Hey You, Hop Up’ and Katy J Pearson-featuring lead single ‘Big Skies, Silly Faces’ that deny the possibility for cynicism; Weeks’ second may have been written about a specific time and situation, but there’s a sense of lightness and positivity to ‘Hop Up’ that everyone could do with an injection of right now.