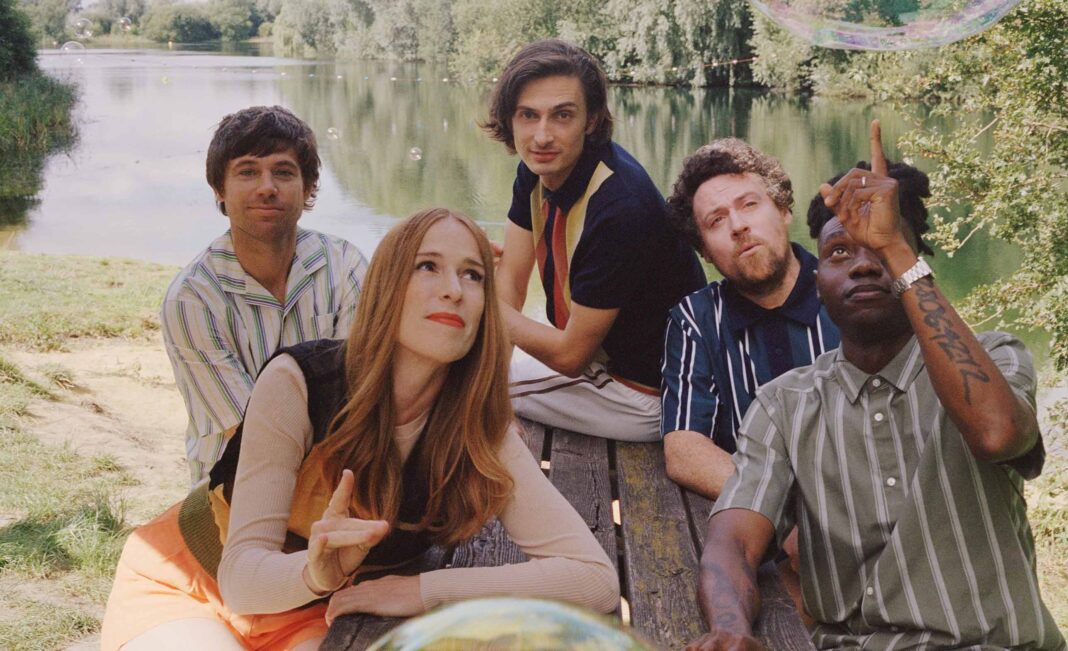 When you’ve built a career on soundtracking sticky dancefloors and sun-drenched good times, how do you negotiate the idea of growing up gracefully? It’s a question that’s evidently been at the forefront of Joe Mount’s mind and one that sits at the centre of Metronomy’s seventh album ‘Small World’: not so much a slight left turn from the buoyant, left-of-centre electronic pop that’s populated the project’s 15+ year tenure so far as a giant leap into previously unexplored territory for Mount and his comrades.

Having spent the past two years locked down with a young family in the countryside, the discrepancy between the expectation of what Metronomy stands for versus the reality of life as a pushing-40-year-old father is an understandable one. Maybe, when you’re gallivanting around the world on tour, you can justify penning a song as gloriously silly as 2019 ‘Metronomy Forever’ cut ‘Sex Emoji’, but it’s probably a little harder to conjure the same vibes when your evening consists of rustling up a plastic plate of sausage, chips and beans. And so, ‘Small World’ emerges as an album that’s softer, more inward-looking and, essentially yes, smaller. Though lead single ‘It’s good to be back’ may have duped listeners with its deceptive bounce, it’s a relative anomaly in a record that primarily prioritises slower tempos, an unprecedented amount of guitars, and the sort of fraught musings most will relate to of late.

In several cases across the album’s nine-track run, it produces ample results: the gentle psych tinge of ‘I lost my mind’ brings to mind ‘Congratulations’-era MGMT, while recent single ‘Things will be fine’ almost has a whiff of the Belle and Sebastians to its shuffle. Interestingly for a record so far into their career, ‘Small World’ could pull off the trick of winning over some former detractors; a world away from the purposefully wonky chaos of ‘Nights Out’ or even the faded seaside glamour of commercial breakthrough ‘The English Riviera’, Metronomy’s latest lands as some of the most sonically reigned-in songs of their career.

And it’s this that, for longterm fans, will likely prove the sticking point. No-one can want or expect a beloved artist to be frozen in time forever, refusing to acknowledge the passing of the years like a sort of indie Dorian Gray. But Metronomy have always been about fun, and ‘Small World’ doesn’t sound like Mount’s having quite as much of it. Opener ‘Life and Death’ is a sparse, existential thing; ‘Loneliness on the run’’s verses run on mumbled baritones and predominant bass, while ‘I have seen enough’ closes the album with a sentiment that sounds like giving up.

There are still moments of light – not least in the honeyed centrepiece of ‘Love Factory’, that makes for a harmony-laced highlight. And hey, who are we to complain about someone feeling less than tip-top after 24 months of a horrifying global plague? But here’s hoping LP8 manages to find a little more pleasure in growing older. Age is only a number, after all.