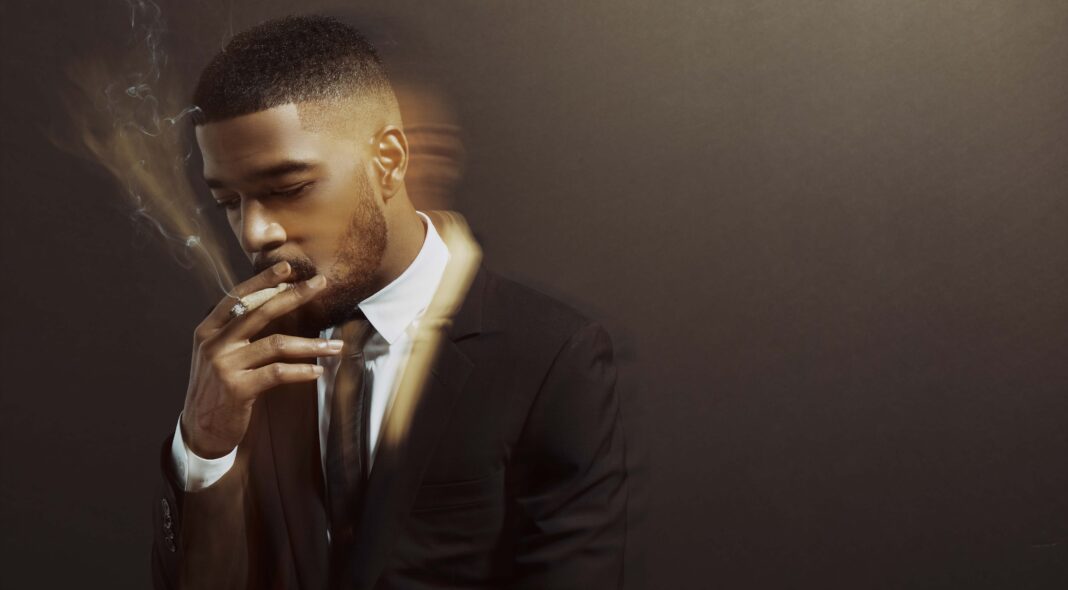 It’s not been an easy ride for Kid Cudi. While his ‘Man On The Moon’ series may have initially launched him into rap superstardom in 2009, the last 11 years have been steeped in critical disapproval and redemption, from ‘Speeding Bullet To Heaven’ being named as one of the 2010s worst albums to the universally-acclaimed ‘Kids See Ghosts’ collaboration with Kanye West. Now in 2020, ‘Man On The Moon III: The Chosen’ is the 36 year-old Cleveland native’s opportunity to redeem himself in the eyes of his fans – and damn, has he delivered.

The four-part epic is somewhat of a concept album, as Cudi is, “fighting to win back his soul,” according to the liner notes. Illustrating these dark thoughts, the first two acts consist of booming 808s and autotuned ad-libs, with ‘Tequila Shots’ a clear standout for its catchy chorus of, “This time I’m ready for it / This fight, this war in me / This fight, this war in me, in me, in me.” Of course, it’s the rapper’s frank approach to his ongoing struggle with anxiety and depression that initially drew fans in. There’s something distinctively Cudi about a song that gets you hyped up and singing along before stopping to reflect on the trouble underpinning it. However, following tracks like ‘Dive’ and ‘Damaged’ seem to miss the mark a little, utilising Travis Scott-like bombastic trap production without really going anywhere.

The heavy influence from new rap stars is most obvious when reaching ‘Show Out’, an amalgamation of US and UK scenes featuring Skepta and the late Pop Smoke. Whether the colliding of these two worlds is successful is very much up for debate, but there is something brilliant about Skepta’s London-tinged bars and Smoke’s signature raspy tones coming together while Cudi seamlessly weaves through the drill-heavy beat.

Heading into the final two acts, there’s a welcomed sense of freedom with the introduction of heady synths, transcendent humming and dreamlike instrumentation across tracks like ‘The Void’ and ‘Sad People’. The tear-jerking ‘Elsie’s Baby Boy (Flashback)’ echoes rock influences in ‘Man On The Moon II’ through the sampling of The Animals’ ‘House Of The Rising Sun’, which acts as a guitar-laced backdrop for Cudi to flex his storytelling abilities. Here, he painstakingly recounts his father’s passing away through the lines, “By the time he was 11 / His father had left him / White church sitting in the front row / White casket closed, he won’t see him no more.”

Breaking out of the sadness is the spellbinding (and surprising) collaboration between Cudi and Phoebe Bridgers. The track is made up of a synth-heavy soundscape as the duet sing, “At times I really didn’t show / What was wrong with me, wrong with me / I told myself I cannot grow / Without lovin’ me, lovin’ me.” Here, the darkness is stripped away and the listener is lifted up into blissful introspective musings that are full of colour.

Kid Cudi is definitely ending things on a strong note, constantly delivering masterful flows and vividly confessional storytelling. While there may be slight missteps at the start, nothing feels like a total flop, and the later half is a cathartic closing that’s sure to meet fans’ expectations. To keep them hanging on, a child’s voice whispers, “to be continued” as the final synths slip away from the closing ‘Lord I Know’. Is ‘Man On The Moon III: The Chosen’ really the conclusion to this series? We’ll have to wait and see. What is completely evident though, Kid Cudi is back on top form with his finest solo project to date.