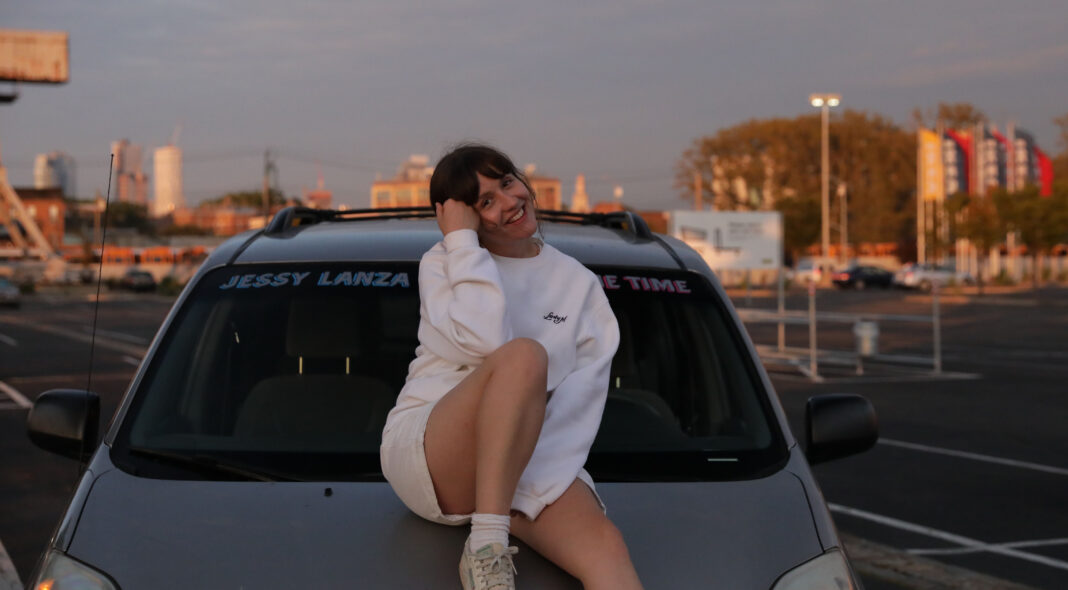 Jessy Lanza’s style flits between experimental pop and club-ready anthems. With a BBC Radio 1 residency and two critically acclaimed albums under her belt, we approach her third album, ‘All The Time’. Along with long-time creative partner Jeremy Greenspan, the Canadian artist has produced a sunny, reflective electro-pop album. Writing at a distance for the first time, as a result of Lanza’s relocation to New York, she approaches themes of anger, conflict and the expectations placed on women.

The album opens with slow jam ‘Anyone Around’, complete with flittering jangly sound effects. ‘Anyone Around’ is the first of many tracks on the record that features the product of testing out semi modular and modular equipment, taking a speculative approach to create this theme of boundary pushing that’s felt across the whole album. This also translates into the subject of the song – self-reflection, and the possibilities of self-improvement.

‘Lick In Heaven’ criticises the expectations placed on women in the lyrics “I can’t predict it/ I’m gonna act out instead of look cute”, and explores Lanza’s own outlook on life. Starting the track with an almost ethereal intro, there are more of those modular sound effects sprinkled across the cut. Lanza flows into themes of strong emotional reactions and lack of control, jumping into the honest chorus where she sings “once I’m spinning/I can’t stop spinning, can’t stop spinning”.

There are sprinklings of garage as the vocals kick in on ‘Face’, injecting a more upbeat mood into the record. Combining experimental effects and frenetic rhythms, it’s a disjointed track, inspired by people watching on the New York subway, trying to rad their minds.

Cut through to the second half of the album, and ‘Ice Creamy’ is a dreamy track about the sleeping pills Lanza would take whilst on tour. It’s a step-change from the earlier tracks, featuring a more precise beat, and sugary vocals. ‘Baby Love’s melody sounds like a literal drop in the ocean, all delicate synths and gentle lyrics. It steps away from the overarching themes of the album with a more loving feel, dedicated to her baby niece.

Penultimate track ‘Over And Over’ carries on the ideas of self-reflection, singing “Oh-oh-over again” repeatedly, asking herself questions about her relationships, with a determined melody, pushing on until its conclusion. ‘All The Time’ ends with the title track, a quieter conclusion for the album, complete with drawn-out synths, contrasting with the earlier sounds of ‘Face’ and ‘Lick In Heaven’.

Jessy Lanza continues to bend the outlines of pop to her will. Whether it’s moving from the ravey ‘It Means I Love You’ to the fun ‘Stop & Go’, she’s got a knack for keeping her music fresh and relevant. That ability to maintain an interesting, evolving sound has definitely not been lost on ‘All The Time’. Every song feels like she’s taken a risk – she weaves electro-pop with jolting sonics, and her familiar soprano vocals. She deals with personal topics with sheer finesse, producing honest lyrics against a backdrop of bouncy, bright sounds. This is Jessy Lanza at her best – introspective, curious, and experimental.