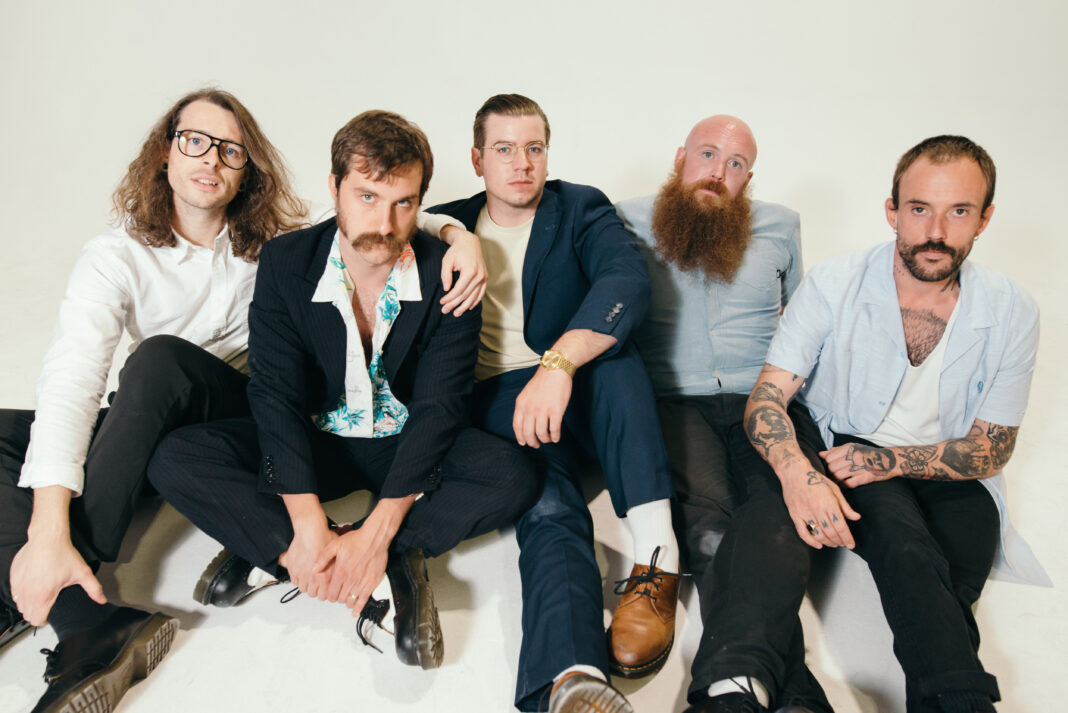 ‘Ultra Mono’ is a record with something to say. It encapsulates that signature IDLES anger and energy that was found within every corner of their previous two records, ‘Brutalism’ and ‘Joy As An Act Of Resistance’.

The record is drilled with the motifs and themes previously explored by the band, but on ‘Ultra Mono’, they’re carried forth with more direction and rage. Any ambiguity about IDLES mission statement has been tossed out the window.

Commentating on contemporary societal and political issues, ‘Ultra Mono’ delves into the unpleasantness and vexatiousness of mental health and fame, throws punches at government and class struggles, howls for unity and makes standpoints on Black Lives Matter as well as body control and ownership. If there’s a cause to back, IDLES are backing it.

The record – and band – have been subject to contention. Some have called their concern for social causes performative wokeness, questioning whether IDLES are squeaky clean enough to always practice what they preach. Others, have said the album is just not that good. Granted, the record does falter at times due to the often nonsensical nature of its lyricism, which creates an impression of vapidity in the writing, but it makes up for this in its validity and ability to capture the mood and times of today, as well as being instrumentally engrossing.

It is a record soaked in energy, honesty and wisdom and IDLES have made one thing clear with it: they are an ally of the people and a voice for them.

‘Ultra Mono’ opens with ‘War’, birthing the record with a boom. The fast pace and erratic drums hammer on with purpose and anger, distorted guitars and the screams and howls of anti-war sentiments make for a strikingly, promising blow. But it’s not to last. “Clack-clack, clack-a-clang clang! That’s the sound of the gun going bang-bang/ Wa-ching!/ That’s the sound of the sword going in,” roars frontman Joe Talbot. What’s meant as effective plain speak, comes across as a little purile. Likewise, the track ‘Mr. Motivator’ and ‘Kill Them With Kindness’ have the same juvenile style – likely an attempt to replicate the chantable, witty lyricism on ‘Joy As An Act Of Resistance’ with lines such as “Like Delia Smith after ten Chardonnays making me a nice cookie,” and “Ar!Ar!Ar!Ar!Ar!, said the puppy to the snake.” But much like the accidental influencer who tries in vain to replicate the success of his viral video, it doesn’t really work as well the second time.

While Talbot’s songwriting prowess may be up for debate, the record isn’t without depth. It’s direct, but the message in infectious, the sound pulsating.

Tracks such as ‘Anxiety’ humanly discuss the entrapment and struggles of mental health, as well as taking the time to critique the ill-nature of the current governing body, howling lines such as “Our government hates the poor” to really ram it down your neck. Similarly, tracks such as ‘Grounds’ and ‘Ne Touche Pas Moi’ make comment on the Black Lives Matter movement while also touching on a feminist message about consent and control – “Black is beautiful” and “Your body is your body and it belongs to nobody but you,” roars Talbot.

This is the beauty of ‘Ultra Mono’: with a vomiting of repressed, internal anger it preaches about the current state of the world and the daily struggles of all of us within it. Its rage is contagious, and it makes itself one of the most relevant records of 2020 thus far.

Whether you are cynical about the band’s motives, there’s no denying that IDLES are reaching a subset of society with their message and music that are outside the usual leftist Twitter bubble. And isn’t it better that their fans are chanting about equality and consent rather than the alternative?

‘Ultra Mono’ is a welcome reminder that change is needed, progression is in limitation, and we must all shout that little bit louder.