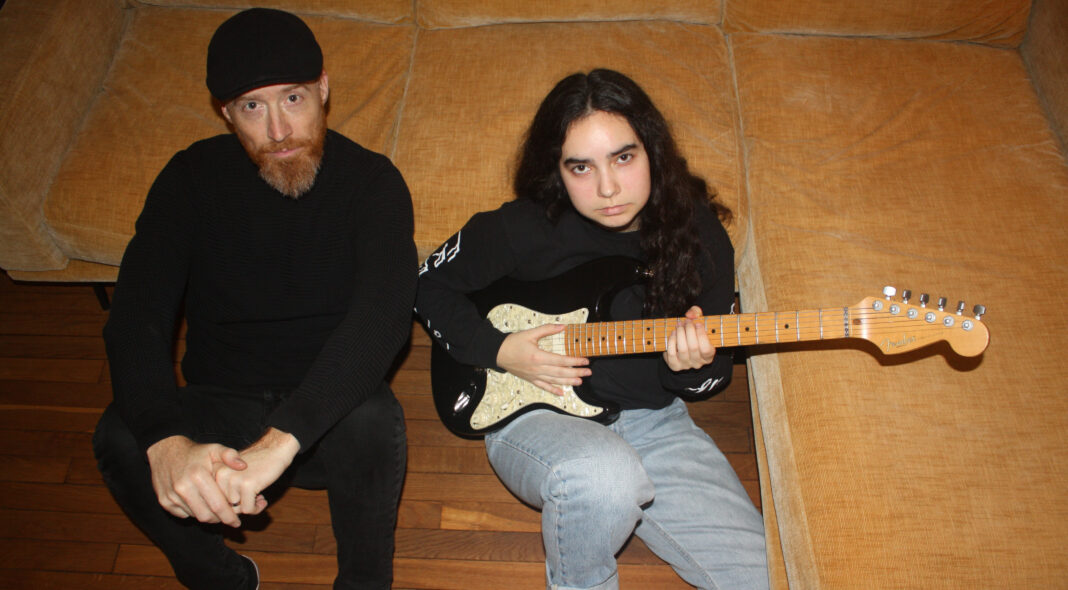 Francis of Delirium’s debut EP ‘All Change’ delves deep within. 18-year-old songwriter Jana Bahrich, being thirty years junior to her collaborator Chris Hewett, have generation-spanning scope, striking the balance between instrumental experience and the cracked-open ache of adolescence. This curious mix marks ‘All Change’ as precocious: wise beyond its years, and yet somehow, only just coming of age.

Bahrich’s stomach churns as her thoughts do. As she cycles through Luxembourg, where the duo have anchored themselves, she often runs out of road – both mentally and physically – over the stretch of a country that is small and overshadowed. Merging grunge sensibilities that groan like a rusty switchblade, with melodic indie-folk and an instinct for the anthemic, Francis of Delirium’s sound is defined by both tension and release.

They build their tracks from percussion outward, with Bahrich’s thoughts unspooling over pummelling breakdowns. ‘Ashamed’ grabs you by the collar, with its frenetic guitar line and her edge-of-panic yelp. “Working’s internalised, so I need to be doing something productive at all times / And I can’t be fine, ‘cause you know I know I’m not gonna get there”, she garbles, her nerves frayed at the edges. She captures perfectly the uniquely Gen Z neuroses of living to work, rather than working to live.

It was only a matter of time until ‘Karen’, the internet’s appointed effigy of the entitled middle-aged white woman, was immortalised through song. Francis of Delirium kick back against the ‘Karen’ that lives in our heads, dismissing our ambition as a phase and trying to lure us into the trap of vanilla suburbia. Inky chord progressions and full-throttle drums make ‘Karen’ the perfect, balled-fisted anthem of rebellion. Its end, layers upon layers of voices, is the closest thing to madness. It ekes on past the point of comfort, reminding you of the thoughts that keep you awake at night.

Honesty is Francis of Delirium’s loudest component. The EP’s forerunner, ‘Quit Fucking Around’ has explosive energy, showing the not-so-pretty reality of relationships. “And I’ll stop following you around if you want me to/ But lost dogs stay by your hands and feet when you give them food”, sings Bahrich. Its full-chested chorus almost establishes it as a no-fucks-given anthem, but in fact, it might just give too many. With her hands covering her eyes, peeping through the gaps in her fingers, she insists, “But I’ve stopped searching, I’m not looking / ‘cause when you’re trying you’ll never find it.”

But when Francis of Delirium strip back the thunderous bravado, they resonate on a whole new level. ‘Circles” was heaven-sent. Pensively played guitar licks allow Bahrich to stand centre-front. Her pain radiates through the song like the glow of burning charcoal. She doesn’t so much sing the song, as inhabit it. World-weary, every squeak of a string feels like a knot in your stomach tightening. Together, Bahrich and Hewitt feel for a shared pulse. That’s exactly what ‘All Change’ does: it seeks togetherness through disruption. It’s a hand to hold, and it sweats and shakes as much as your own. This kind of music is your friend.