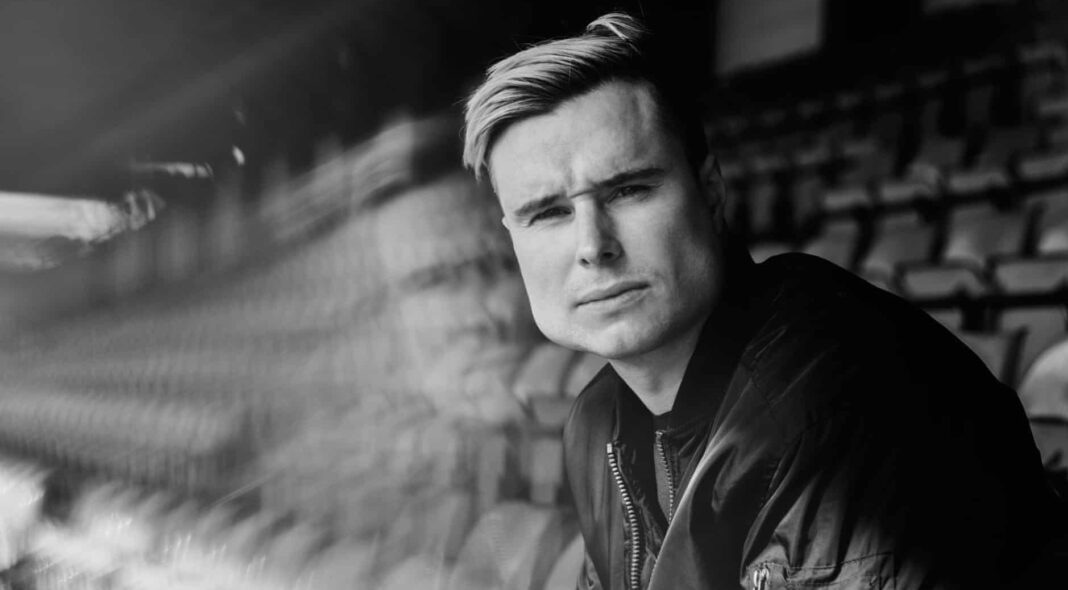 Grief is a complex thing. To survive as sentient beings, we have to do what we can to suppress the knowledge that our loved ones will one day pass, to find ways to appreciate the time we have instead of dwelling on the end.  And yet when that unimaginable day occurs, there is never any way to feel truly prepared, no way to escape the pain that it brings.

For David Balfe, the vessel of music provides the healthiest way to cope. Having lost his best friend and musical partner Paul Curran to suicide in 2018, ‘For Those I Love’ is a project that immortalises Paul in living memory, each voice note and hyper-specific anecdote creating an image so vivid that you could be right there with them, riding in the backseat of teenage cars, shouting at hardcore shows and house parties, committing youthful acts of vandalism or “sitting at my Ma’s place on MySpace”.  Balfe’s thick Irish accent only helps to capture its sense of time and place – we’ve seen no end of great emerging Irish artists in the last few years, but in this spoken-word format, each syllable drips with resonance, each memory carved out with great thought.

‘For Those I Love’ is also a record that avoids sonic cliché. So much music about loss is told through acoustic guitars and mournful strings, but Balfe pays truer tribute to both his friend childhood through the use of bedroom dance music. The suppressed euphoria of The Streets, Mount Kimbie and Burial are all clear influences, the former of whom Balfe directly references frequently (“I’ve felt this way since ‘Turn The Page’/ there’s no walk away”). Real names and real bands and real feelings swim in this fast-paced melancholia, cyclical beats that brings magic to even the most mundane recollections.

As a result, Balfe’s world-crafting work feels perfect for cinema. Both ‘I Have A Love’ and ‘Top Scheme’ are the stuff of Shane Meadows doing ‘This is Ireland’ – stark landscapes and class-war austerity, made just that tiny bit brighter by the solidarity of having a mate to survive it with. ‘Birthday/The Pain’ begins with the harrowing recollection of Balfe finding a dead body on the street in Dublin as a young boy, but draws on the love and support of “my mates” as a means to work through the trauma, trumpet samples pointed towards a brighter sky. This juxtaposition between hardship and hope is central to the record’s power, summed up best on ‘The Shape Of You’: “you said stories to tell never breed sadness/they treat it/ and if you can grasp it/ own it/ deal with it/ you can heal with it.”

Balfe couldn’t have expected that his album would land in a year where all too many people around the world are trying to pick themselves up after unexpected loss, but it’s a record of great solidarity, proving that memory is so much more than headstones and regrets over things that weren’t said. An outpouring of emotion this potent doesn’t always make for easy listening, but it is also immensely cathartic, the sort of personal disclosure that demands several listens to truly reveal every element of its brilliance – each ugly, difficult stage of confusion and anger and despair paving the way for some concept of acceptance and peace.

In ‘The Myth’, Balfe ponders his own end: “I don’t want to be loved/I don’t want to be understood/No hagiography after I’m done”. Anyone caught in the jaws of bereavement will know exactly how he feels, wondering if emotional distance might somehow make the wounds heal faster. But life doesn’t work that way, and Balfe knows that too. ‘For Those I Love’ is not the portrait of a saint, but one of Paul, in all the mixtapes and in-jokes and football-scarfed embrace that their friendship meant. Nobody this loved can ever truly fade, and neither will Balfe – with a debut record so poignant and accomplished, his star will shine bright for them both.