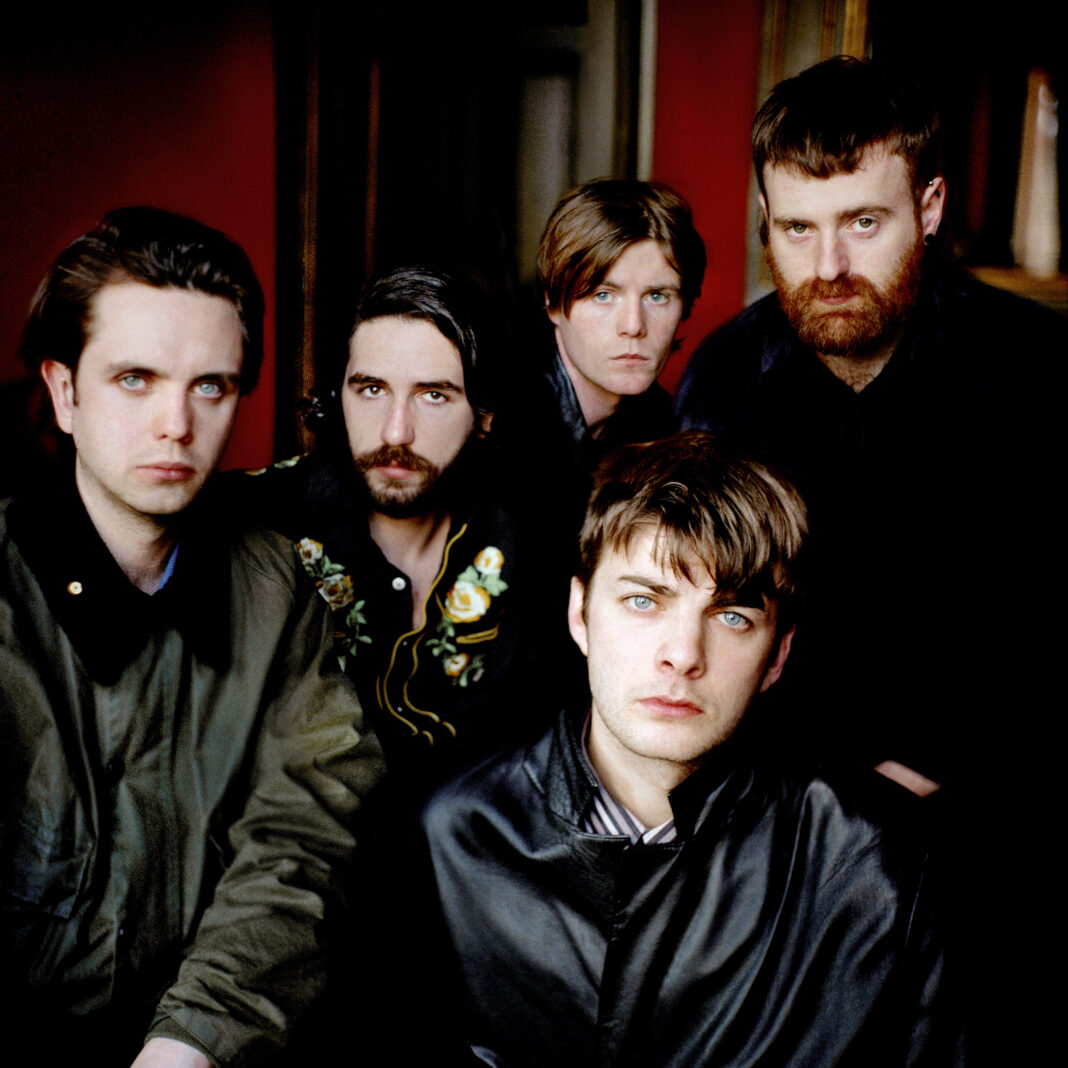 Fontaines DC’s ‘Dogrel’ was easily one of the best debuts in the last ten years. Whether it was the joyful, crisp tones of ‘Liberty Belle’ or the thoughtful ‘Roy’s Tune’, the record had a track to suit every mood. It impressed the Mercury Prize panel too, earning them a nomination in 2019. So, what’s next when you’ve already released a debut that’s launched you into critical acclaim? A Beach Boys inspired album, apparently.

The brooding opening track ‘I Don’t Belong’ sets the scene for an album focused on maintaining independence – not only from the industry, but from the expectations placed on them as they’ve skyrocketed to success, having spoken about “burning the candle at both ends” before.

It also presents a shift in the way Fontaines DC are making music – 15 months after their debut, some of their songs have moved away from those forceful sounds we heard on ‘Big’. It’s a similar feel on the next track ‘Love Is The Main Thing’, as frontman Grian Chatten drawls over driving guitars. While it’s not the strongest song on the album, with a similar melody maintained throughout, its drawn-out, thumping conclusion is something of a saviour.

The guitar lines on ‘Televised Mind’ sound as if they’ve jumped straight out of a Western. As Chatten cleverly quips “Swipe your thoughts from Broadway/ turn ideals to cabaret” it also marks a big leap for the band – lyrics are still the focus, but they’re dealing with broader, more philosophical subjects now, referencing echo chambers and how “we’re robbed of our ability to feel wrong”.

The energy continues on ‘A Lucid Dream’, which feels like less of a departure from ‘Dogrel’. Guitars clash on this busy cut, but rather than falling flat, the song maintains the momentum and pushes through to the end. The mood is slowed down with ‘You Said’, a surprisingly garage-sounding track, with a lagging, relaxing melody and mellow vocals.

Fighting ‘Televised Mind’ for the top spot, the engine is jump-started again on the title track. Both songs are memorable in their own right, and on the surface, ‘A Hero’s Death’ feels like an enthusiastic punk pep talk, but quickly transpires into something deeper, as a set of mantras are repeated and we’re left trying to assess the sincerity of it all. It’s the closest the band gets to the Beach Boys, with mockingly positive backing harmonies.

‘Living In America’ throws the record into the final act. It feels cinematic – similarly to ‘Televised Mind’, it’s perfect for a soundtrack. Chatten pushes the limits of his vocals here, panting and protracting his vowels. The record finishes with the conclusive ‘No’. Singing “don’t you play around the blame/ it does nothing for the pain/ and please don’t lock yourself away/ just appreciate the grey“, it’s ‘A Hero’s Death’ in reverse – realistic statements overtake here, and disingenuous mantras are left behind.

‘A Hero’s Death’ is a collection of brilliant songs, and a great follow up to the high benchmark the band set on ‘Dogrel’. Fontaines D.C. gig tickets are usually difficult to grab, selling out in minutes, and it’s bittersweet listening to this album, knowing how fun it would be to hear it live. Fontaines DC blend poetry and harsh, strong guitar lines to create their own brand of something-akin-to post-punk. ‘A Hero’s Death’ is a continuation of this, but rather than writing character-led songs, they focus on breaking through their newfound success. Fontaines DC had plenty to prove on ‘Dogrel’ – on ‘A Hero’s Death’, they enjoy a sense of freedom, and find their sound.