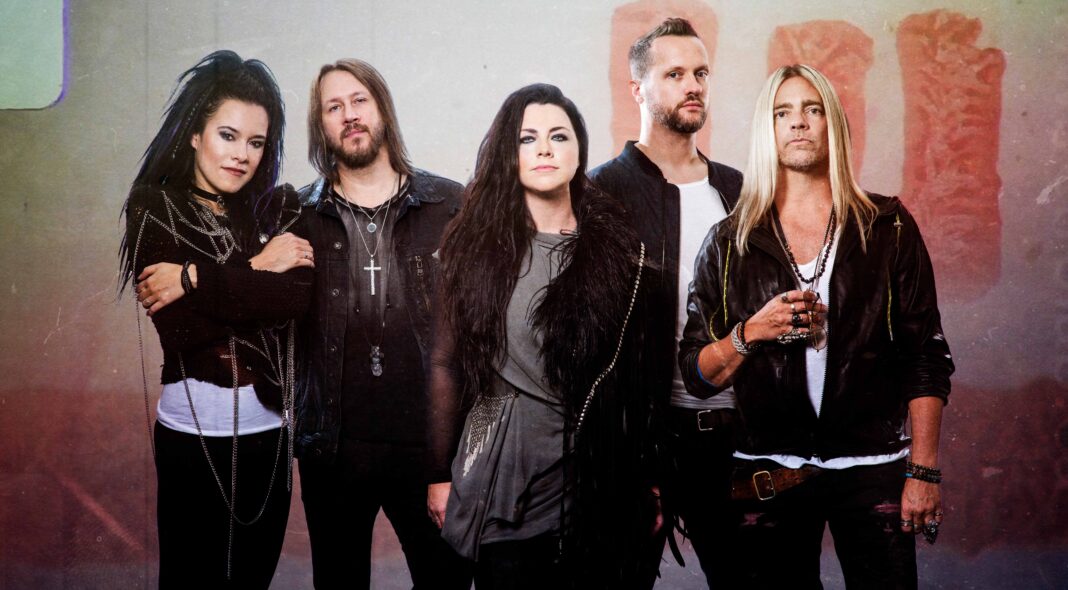 Evanescence last released original music in a time so distant it might now look to us like a different world – where Donald Trump was just a rich businessman, iTunes reigned supreme over Spotify and ‘Brexit’ and ‘social distancing’ were not yet part of the vernacular. It’s not unreasonable to ask, then, where Evanescence fit into the musical world today, amongst Soundcloud rap, hyperpop bleeps and bloops and endless debates over whether or not rock is anything more than a fossil from decades past. Indeed, with fourth album ‘The Bitter Truth’, they’ve not returned to revolutionise rock music, nor attempt to create something that could eclipse ‘Bring Me To Life’. They’re here to vent, firstly, and to make some gigantic, arena-ready rock songs while they’re at it.

The real opening salvo the record deserves arrives with a little delay: ambient opener ‘Artifact/The Turn’ isn’t all that eventful, but that can be forgotten when the thumping one-two of ‘Broken Pieces Shine’ and early single ‘The Game Is Over’ wipe the slate clean with chugging guitar and two soaring yet gritty vocal performances from frontwoman Amy Lee. The rest of the record to come doesn’t stray far from this path of straightforward rock (though this doesn’t go to say that the songs all blend into one – they never do), but when the Arkansas quintet can craft songs with the finesse and tremendous spirit that they do, originality and simplicity are really the only things that can be complained about. Indeed, they avoid making the mistake that some older rock bands have of pretending they are the same band they were at their commercial peak – there is no cheap pandering here, instead a sense of grace and maturity.

What Evanescence lack in musical range they make up for in emotional range, however, to stylish and successful effect. Lee is delightfully defiant at times, snarling at the no-gooders on ‘Yeah Right’ (“Twist the knife hard/Just makes it easier to tell you I don’t need you anymore”) and mocking the casual misogyny of the music industry on ‘Better Without You’ (“Don’t worry your pretty little head about the future, it’s all fine”). She shines when she is at her angriest, yet can also deliver a mighty call for arms as she does on ‘Blind Belief’ and lifts radio-anthem-by-numbers ‘Use My Voice’ with feminist lyricism that is refreshing rather than contrived. On the flipside, there are moments of stark vulnerability, firstly on delicate lead single ‘Wasted On You’ but to even greater effect on the gorgeously heart-rending ‘Far From Heaven’, a tribute to her late younger brother that’s potentially the best ballad of the band’s career (yep, even better than ‘My Immortal’).

Evanescence isn’t here to reinvent the wheel, but that’s not really what anyone was asking from them. The Bitter Truth is, nonetheless, a fine collection of songs practically ready made for the Download Festival main stage and recapturing the interest of the fans who have grown up with them, whom this will certainly suit. We can all hope, from this point, that we won’t have to wait till 2031 to hear more of what they have to offer.

READ MORE: Evanescence’s interview: “What we’re up against now is something that involves everyone”