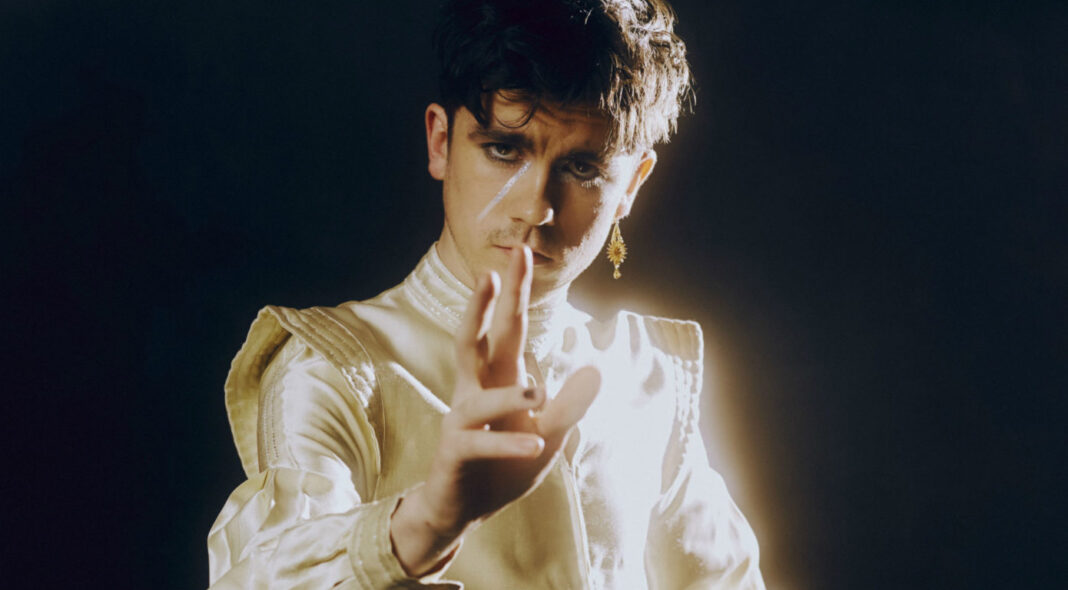 In 2017, the title of Declan McKenna’s debut album asked the listener, “What do you think about the car?” It feels fitting, then, and emblematic of the success the 21-year-old star has seen since, that one of his finest lyrics on his new album ‘Zeros’ breathlessly storms in on the opening track. “What do you think of the rocket I built?” McKenna now needs to know.

Adopted by an ocean of fans from the moment he self-released his first ever song ‘Brazil’, a confrontational protest track about the 2014 FIFA World Cup, McKenna has always written for, and about, a generation thrust into a broken world being told they would then have to fix it. And so, what does he do on ‘Zeros’? McKenna gives us the tools to escape.

It’s a robust, ambitious and entertaining collection of tracks – hair-raising synths and shiny guitars playfully bring to life stories and characters wrestling with looming pressures that are symptomatic of, well, surviving the world as we know it. McKenna is far too sharp to dwell on anything smaller than that.

‘You Better Believe!!!’ kickstarts the album with a bang, as McKenna directly addresses a youth spiralling out of control. “We’re gonna get ourselves freed / what do you think of the blood that I bleed?” he asks, emblematic of the tongue-in-cheek curiosity he has always had for those listening, and the confidence he places in their future. Sonically, it’s a step up from his debut – McKenna’s butter-smooth tones are often strained towards a scream, one of cathartic urgency, while jangly keys have a flavour of Elton John and there’s a tinge of Queen in the endless overdriven guitars, too.

This art-rock influence is most present on ‘Be An Astronaut’, an ambitious and sophisticated ode to Daniel – one of the several characters permeating the album – about being an outsider, of walking life on a tightrope between what’s acceptable and what feels right. “You were born to be an astronaut / you’ll do that or die trying,” sums up McKenna’s steadfast faith in those he’s singing to, the trust placed in anyone who dares to live as boldly as the music he’s making.

‘Emily’ proves McKenna can still write a sturdy acoustic ballad, as well – Harry Styles’ solo work come to mind in the first verse addressed to a young woman who he must “remember to forget”. It’s music both complimentary and confessional at once, reassuring us that even if things aren’t alright, we have the tools to weather it – even if that means finding another planet to shelter from the storm. A twinkly xylophone, and even a theremin, give a celestial backbone to ‘Emily’ – a playful edge also found in the electrifying ‘Twice Your Size’ and pop triumph ‘The Key To Life on Earth’.

‘Zeros’ is bursting at the seams with inventive, evocative images to entertain and bolster the youth of tomorrow – it couldn’t have been written without the ills of today’s society, but is never so obtuse as to explicitly sing about them. The gorgeous ‘Eventually, Darling’ shows McKenna still masters melancholy underneath all the glitter and glamour – his carnivalesque fun never loses sight of the bigger picture. When you can’t do anything with the world you’ve been given, sometimes the only thing to do is, for a little while, to leave it. And the rocket Declan McKenna built to get us there? It’s glorious.