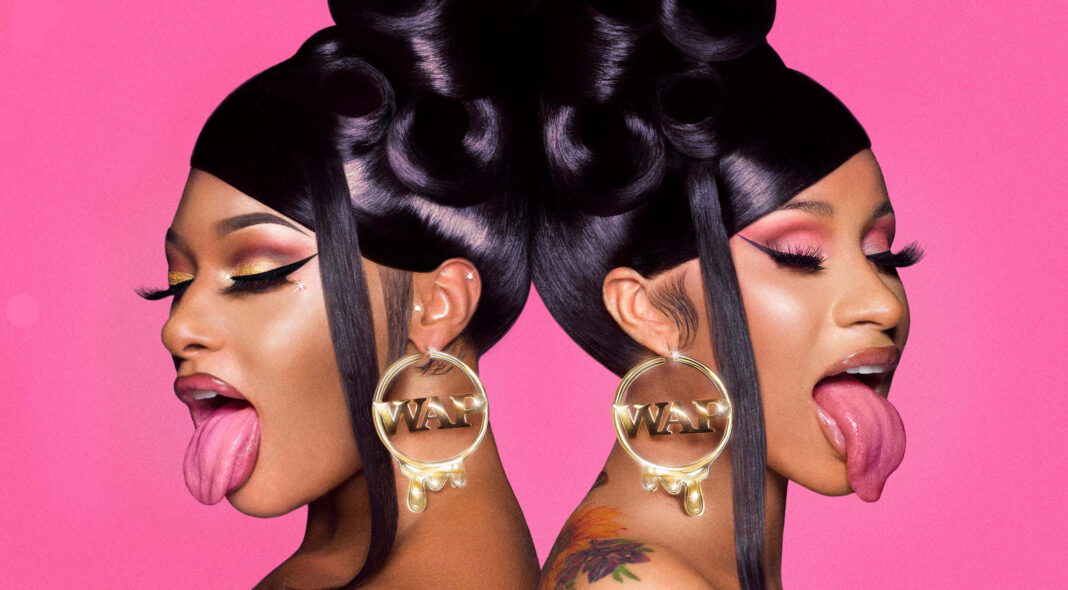 Good grief! Not for the faint hearted this one but God is it catchy. Khia’s ‘My Neck My Back’ and Lil Kim’s ‘How Many Licks?’ walked so Cardi B and Megan Thee Stallion’s ‘WAP’ – standing for Wet Ass Pussy – could run (or should that be gallop, in Megan’s case?). And how refreshing is it that in 2020 womxn are able to own their sexuality; “I don’t cook, I don’t clean but let me tell you I got this ring”, plus how many songs dominated the 00s and 10s charts by men signing about what women needed to do to them? Too many to count. Reworking the “there’s some hoes in this house” refrain from Joe Budden & Busta Rhymes’ ‘Fire (Yes, Yes Y’all)’ is genius addition. Oh and the Kylie Jenner, Normani, Sukihana, Mulatto, Rubi Rose and Rosalia featuring video? Pure gold.

90s heavy melancholia reworked for 2020. This is a joyous mix of fuzzy guitars and anguished vocals that show Beabadoobee is a real talent, especially for one making such fully rounded tracks at just 20 years of age. This confessional feels like an amped up Mazzy Star. Bea’s love of film soundtracks also comes through heavily on this new song – it’s a cinematic delight.

Coming on like a Pixies B-side with that punchy bass line, ‘Hours And Hours’ packs one hell of a punch and makes perfect sense as a Sub Pop signing – channelling the grunge of many of their best, like Mudhoney and Sleater Kinney. Some stunning lyrics are nestled in among those heavy guitar riffs too, such as “Sometimes I get to thinking if you’re half of me/Am I half of the person that I could be”. Released as the third single ahead of the album ‘SUGAREGG’, ‘Hours And Hours’ makes for another incredibly promising look at what is to come.

Bon Iver’s latest – ‘AUATC’ – or Ate Up All Their Cake, is an unexpected social protest song, tipping its hat to James Taylor’s ‘Shed A Little Light’ (released in 1991 for Martin Luther King) and pulling in some big names for backing vocal duties, chiefly Jenny Lewis and Bruce Springsteen. Justin Vernon continues his love of vocal effects and is barely recognisable on it, giving you the slight feeling that too much has been added to the pot here and that it would have perhaps pushed such sweet lyrics to the forefront – which call on us to help each other and acknowledges the social disparity between those in charge and those who have nothing, and the line “well it’s up to me to if I would wear a mask” hits hard. It’s beautiful, though and Vernon’s ability to make music that is both at once incredibly soulful and glitchy and electronic remains unmatched.

The opening track of Matt Maltese’s new EP, ‘Fun House’, is a cover of a song penned by Charlie Kaufman and Jon Brion for the 2008 movie, Synecdoche, New York, and originally performed by Deanna Storey. Maltese’s version loses the original’s jazzy edge and reworks it into something dreamy and 60s-esque, that sweeps by gently, sounding like something a young Orlando Weeks of the Maccabees would have turned his hand to. It’s a very timely choice for a cover song – speaking both to those of us cooped up indoors daydreaming of alternate realities and yet reminding us that outside the little bubbles we are currently existing in, the world and its disasters and inequalities moves on apace.